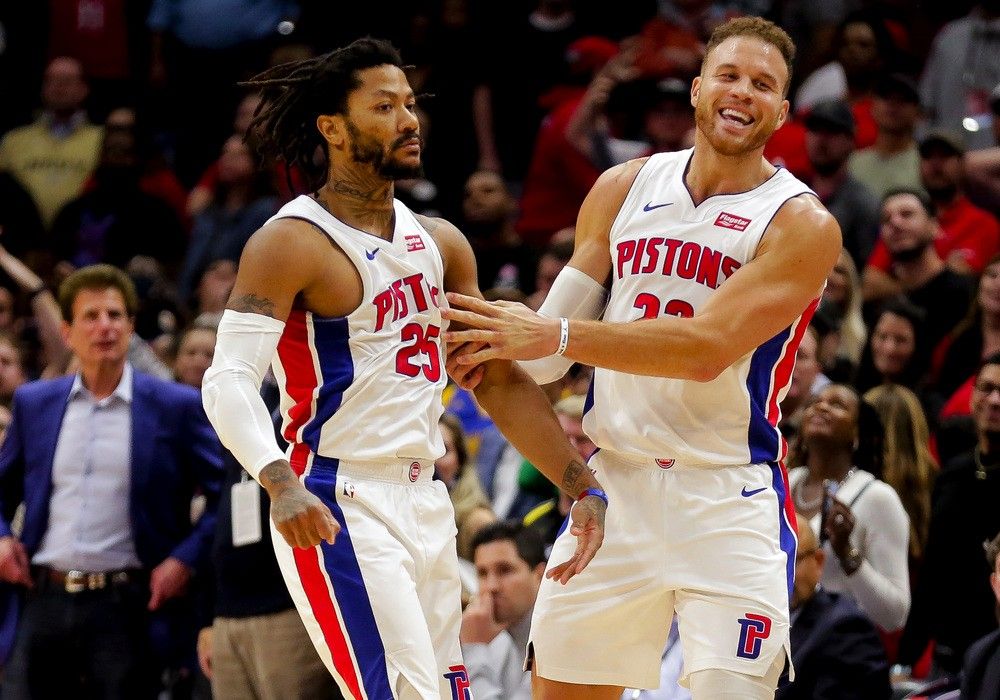 Following a dismal regular season that saw the Detroit Pistons go 20-46, the organization has decided to restructure their front office.

For the past two years, the Pistons have operated with senior advisor Ed Stefanski at the helm. While the executive served as the de facto president of basketball operations, he never held the definitive title. The front office has also been running without a clear-cut general manager, as assistant GMs Malik Rose and Pat Garrity helped to run the show.

Now, the Pistons are eschewing innovation for the traditional front office model. Stefanski will likely continue to run basketball operations, but the organization is also seeking a general manager to assist him.

That leads us to this tweet from ESPN’s Adrian Wojnarowski:

Each of these three candidates provide impressive track records. Hughes spent more than half a decade as Director of Player Personnel for the Knicks (a stint which included a pair of playoff appearances), and he became assistant GM for the Clippers in 2017. He was a finalist for the Bulls general manager opening earlier this year.

Peterson joined the Nets as an assistant GM last offseason, and he was at the helm when the organization brought in a pair of superstars in Kevin Durant and Kyrie Irving. He had spent the previous seven seasons with the Hawks, and he helped the team transition from a perennial playoff team (including Eastern Conference finalists in 2015) to a rebuilding squad led by Trae Young.

Weaver has been with the Thunder since 2008, and he’s climbed the organization to his current role, team vice president. We’re all pretty familiar with Oklahoma City’s success since their relocation; the organization has only missed the playoffs twice since the 2008-09 season.This is despite the fact that the Thunder have featured many variations of their team, and they’ve made the most of the defections of superstars Kevin Durant, Russell Westbrook, James Harden, and Paul George.

Considering OKC’s track record, it isn’t a surprise that Mark Stein of the New York Times declared the Thunder VP the favorite for the Pistons gig:

Longtime Thunder executive Troy Weaver has emerged as the top choice in Detroit's search for a new GM, @NYTSports has learned, with the Pistons actively working to complete a deal to hire Weaver

However, just because Weaver is the favorite choice, does it make him the right choice?

Not necessarily. In fact, we think Hughes may be the best option for the job.

Following a 12-year stretch that’s seen them finish with no better than 44 wins, the Pistons desperately need a clear direction for their organization. In other words, the organization needs to rebuild.

Ignoring their bungling of the Andre Drummond trade, the new Pistons GM will have their work cut out for them. While the organization has a handful of keepers in Sekou Doumbouya, Luke Kennard, Christian Wood, and Bruce Brown, there isn’t much else to be excited about.

Therefore, it will be the new GM’s job to trade the likes of veteran point guard Derrick Rose, defensive stopper Tony Snell … and All-Star Blake Griffin, who is still set to make more than $75M over the following two seasons.

Further, Hughes (and the Clippers) have shown that a rebuild doesn’t have to take several years. Los Angeles cleverly compiled favorable contracts, and they eventually used that financial flexibility to add both Kawhi Leonard and Paul George. Sure, it may be tougher to convince a free agent to come to Detroit instead of Los Angeles, but let’s not pretend that the Clippers were a premier free agent destination all that long ago.

Regardless of who the Pistons choose as their next general manager, it’s clear that it’ll take some effort to return the organization to its glory days. In our opinion, Hughes is the best choice to make that happen.