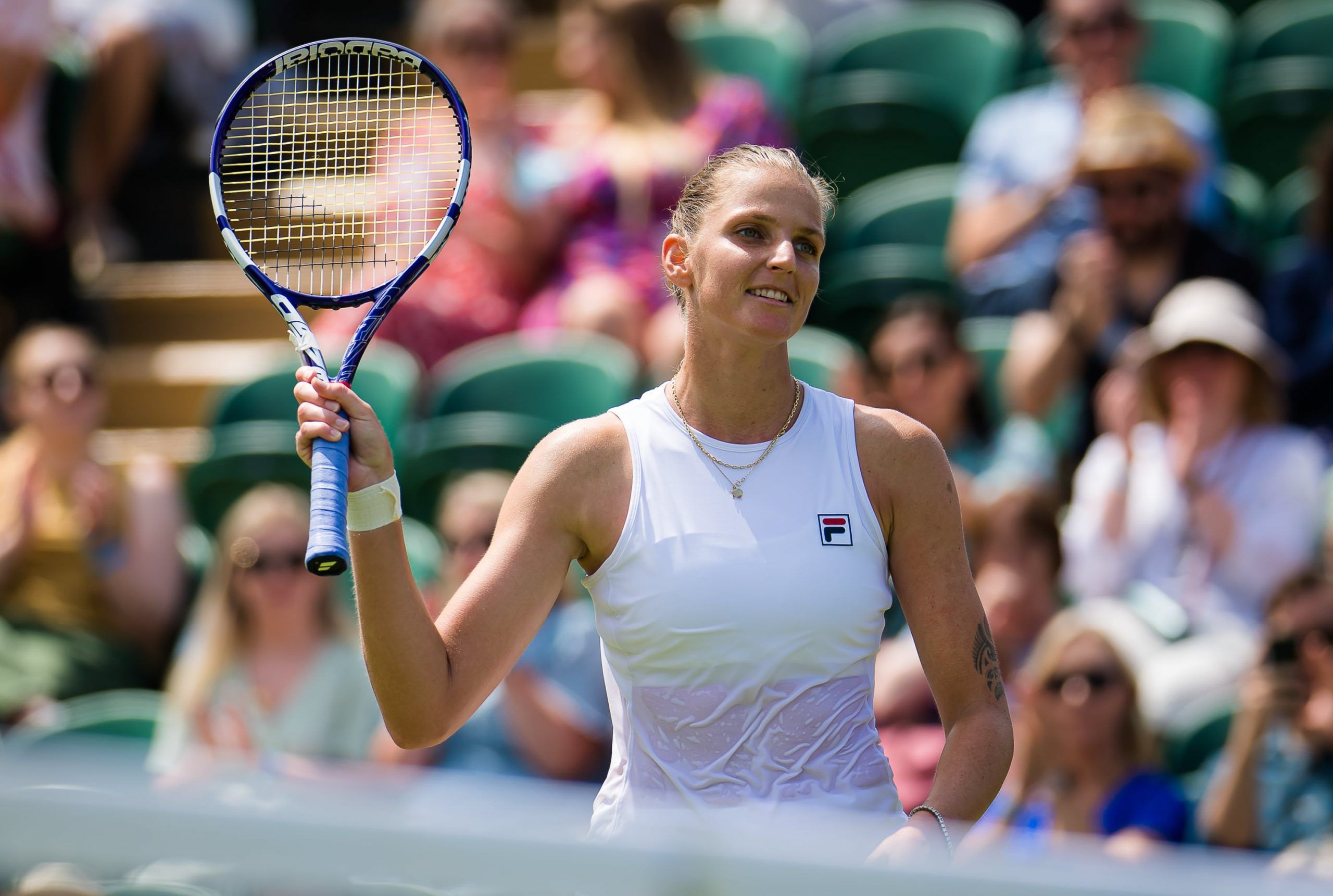 Since graduating from Davidson (The College That Stephen Curry Built), I have been writing about sports--just about any and all you can think of!--and coaching tennis in Atlanta, Ga. Beyond the four major sports, I am an avid tennis fan and cover the ATP Tour on a daily basis. If I'm not busy writing, you can generally find me on a tennis court or traveling the world wherever a sporting event takes me.
@Dimonator133
Updated: 5:28 AM ET July 08, 2021

And then there were four. It’s down to the semi-finals on the women’s singles tournament at Wimbledon, and the final matchup will be determined on Thursday. World No. 1 Ashleigh Barty is joined by 2018 champion Angelique Kerber, 2016 US Open runner-up Karolina Pliskova and No. 2 seed Aryna Sabalenka. Will it be a No. 1 vs. No. 2 championship match at the All-England Club on Saturday? We’re about to find out.

Now it’s time to take a look at some of the best bets for Thursday at Wimbledon, and be sure to also check out our best futures bets for the fortnight.

This will be the biggest-hitting matchup in women’s tennis that does not involve Serena Williams. You can be sure that service breaks will be few and far between. In fact, even if Pliskova loses in straight sets she could still cover a +3.5 game spread because there will likely be at least one tiebreaker played. But I don’t see the Czech losing in straight sets. Actually, I don’t see her losing at all. Pliskova +3.5 games is the safe play, but I would sprinkle some — maybe even a fair amount — on the +170 money line.

The 29-year-old has been the most dominant performer throughout this fortnight. She is 10-0 in total sets and has not even been pushed to a tiebreaker. Eight sets in a row have been 6-3 or worse, including five of the 6-2 variety. Pliskova trails the head-to-head series with Sabalenka 2-0, but both of those contests came in 2018 — one ended 7-5 in the third set and the other went to 7-6 in the third set. The Belarusian has never played in a Grand Slam semi-final, in fact, she had never been past the fourth round of any Slam prior to arriving at Wimbledon. Sound the upset alert.

All signs point to this being a good one, even though Barty is a considerable favorite (-225). Neither one of these women is a huge hitter like either Sabalenka or Pliskova, they don’t blow people off the court. Barty-Kerber rallies are going to be long, and the match as a whole will likely be the same. Barty routed Ajla Tomljanovic in the quarter-finals, but that was expected. She needed 21 games in both the third and fourth round and she lost a set in the first round to Carla Suarez Navarro.

Now the top seed faces a former Wimbledon champion in Kerber, who is on fire on grass. The German, who also won the Australian Open and US Open in 2016, is on a ten-match winning streak — five on her way to the Bad Homburg title and five at Wimbledon. It should also be noted that this head-to-head series is all tied up at 2-2. I think Barty will get the job done, but it’s not going to be easy.