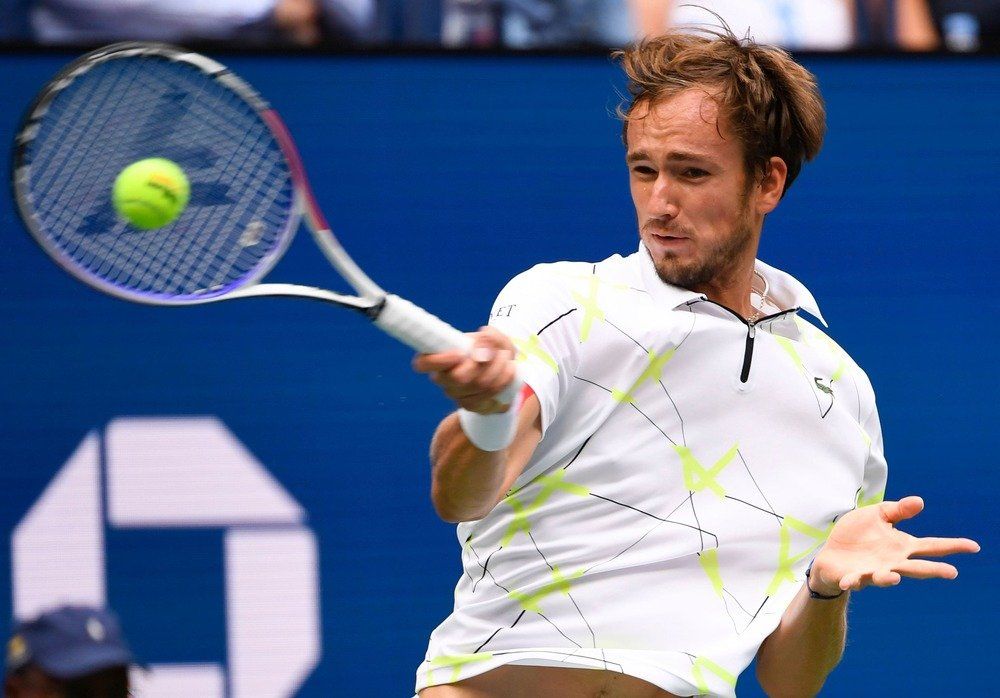 Since graduating from Davidson (The College That Stephen Curry Built), I have been writing about sports--just about any and all you can think of!--and coaching tennis in Atlanta, Ga. Beyond the four major sports, I am an avid tennis fan and cover the ATP Tour on a daily basis. If I'm not busy writing, you can generally find me on a tennis court or traveling the world wherever a sporting event takes me.
@Dimonator133
Updated: 20:08 PM ET July 04, 2021

The first week at Wimbledon wraps up on Saturday, when the remaining spots in the fourth round will be handed out on the both the men’s and women’s sides. Among those taking the court for third-round action are Roger Federer, Daniil Medvedev, Alexander Zverev, and Ashleigh Barty, and Karolina Muchova. Some of those stars are featured in our best bets of the day, which will be discussed below.

Now it’s time to take a look at some of the best bets for Saturday at Wimbledon, and be sure to also check out our best futures bets for the upcoming fortnight.

A total of 36 games is one of the lowest of the day, and I’m just not seeing it with Cilic on grass. It is true that Medvedev is the far better player at this point in their respective careers, but a hard court is the only surface on which he should be expected to manhandle Cilic. It should be especially competitive on grass, as the 32-year-old Croat is a former Wimbledon runner-up (lost to Roger Federer in 2017) and has reached the quarterfinals on three other occasions. He recently captured a grass-court title in Stuttgart and then reached the quarterfinals at Queen’s Club. Medvedev went to a fourth-set tiebreaker with Jan-Lennard Struff in the first round after losing to Struff a few weeks ago in Halle, and the German is a similar player to Cilic. This will likely be a long, competitive contest–possibly even five sets.

Pavlyuchenkova has a losing record in her lengthy career on grass. Muchova, on the other hand, is 15-8 lifetime–including a quarterfinal run in her only previous Wimbledon appearance (2019). The Czech’s slice and overall variety in her all-court game work very well on the green stuff. Pavlyuchenkova lost her only warmup match on grass following her French Open final run, so even though she has two wins under her belt at the All-England Club it’s not like she is a well-oiled machine on this surface. This probably has to be considered the best bet of the day.

Upset of the day: Alexander Bublik over Hubert Hurkacz (+110)

Hurkacz has a short–and losing–record on grass in his career. The 24-year-old Pole is a grass-court novice, and over the past three months he has not been playing well regardless of surface. Following an improbable Miami title in April, Hurkacz struggled on clay and things have only gotten marginally better on the green stuff. Bublik, on the other hand, not only started fast in 2021 but has also maintained momentum. The Kazakh has won 24 matches this season, including five on grass. He did not drop a set in early-round Wimbledon wins over Mikhail Kukushkin and Grigor Dimitrov. His huge serve and willingness to come to net make him particularly dangerous on grass. Bublik leads the head-to-head series 1-0, having prevailed over Hurkacz in easy straight sets last year in Dubai.