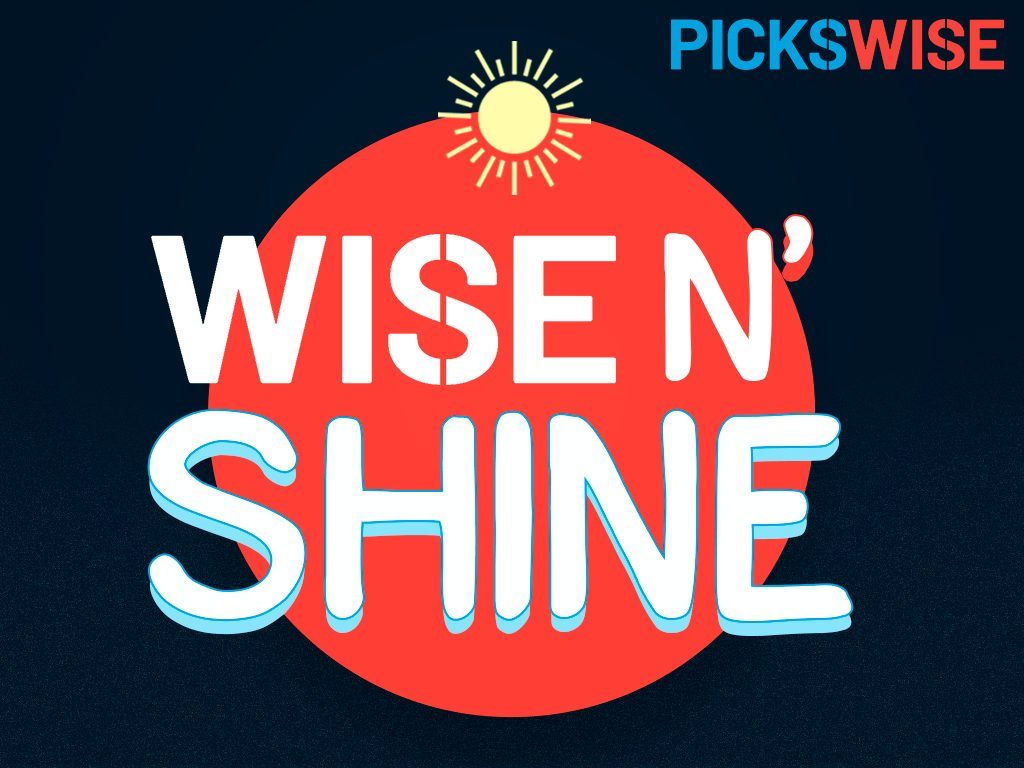 Deputy Editor for Pickswise. Lover of all US sports and Southampton FC.
Published: 8:00 AM ET October 06, 2022

Welcome to another Thursday of sports, Pickswise Nation. The MLB regular season has concluded, but we have Thursday Night Football to keep us company, plus college football action on the horizon. Let’s get straight to making your next bet better!

MLB playoffs are set
The MLB regular season concluded on Wednesday and it’s time to turn our attention to the playoffs. The Wild Card round will start on Friday and conclude on Sunday. The matchups in the American League will pit the Blue Jays against the Mariners while the Guardians will host the Rays. In the National League, the Mets will host the Padres while the Cardinals will be at home to the Phillies.

Champions League clean sweep!
The UEFA Champions League delivered another fine slate on Wednesday, and our expert handicapper was on point. We went 4-0 on Champions League best bets, which included +260 and +140 winners. The biggest result of the day turned out to be Benfica’s draw with PSG, bringing both teams to level in Group H at 7 points apiece.

NFL Week 5 kicks off
Week 5 of the NFL season will get underway with tonight’s Colts vs Broncos matchup on Thursday Night Football. Be sure to check out our full Colts vs Broncos predictions for this AFC showdown, plus our best prop bets. If you’re looking for more action on tonight’s contest, our Colts vs Broncos Same Game Parlay is also available at +525 odds, along with our best anytime touchdown scorer predictions.

NCAAF Week 6 is nearly here
After a dominant showing from UCF netted the Knights a win over SMU on Wednesday, the college football slate will pause briefly before resuming with a foursome of games on Friday. Our team of expert handicappers already have picks and predictions for each of Friday’s games, plus a number of NCAAF best bets for Saturday’s loaded slate.

Jonathan Taylor’s absence is a massive blow to the Colts’ offense, which has already been one of the NFL’s worst this season. Indianapolis has averaged just 14.3 points through the first 4 weeks of the campaign, putting them at the bottom of the league. As the star running back is unable to play, the weight of the team is now on the shoulders of Matt Ryan. The veteran quarterback ranks 23rd in QBR this season and has had a tough time developing a connection with his new group of receivers, except for Michael Pittman Jr. However, Ryan’s favorite target will likely be covered by elite corner Patrick Surtain II all night, which means Ryan will have to explore other targets. That could be troublesome for Indianapolis’ offense, as when he’s done that this season, it has resulted in errant throws and incompletions. Read our full preview for Colts vs Broncos.

Jared Smith and Mark Zinno are your hosts today, and they’ll be breaking down Thursday Night Football props with Pickswise prop specialist Bobby Stanley (aka Prop Holliday). The team will also play a game of NFL “Would You Rather?” before revealing their Plays of the Day.

We’re on a 10-2 winning run with our College Football best bets, so don’t miss this week’s plays, while our expert golf analyst Diane Knox Balas has this week’s Shriners Open golf predictions.

As for this week’s football, our expert Clevta has his TNF best bets ready to read, while Jared Smith also has the best NFL futures picks in Back to the Futures.

The Colts have won their last 3 games as a road underdog.