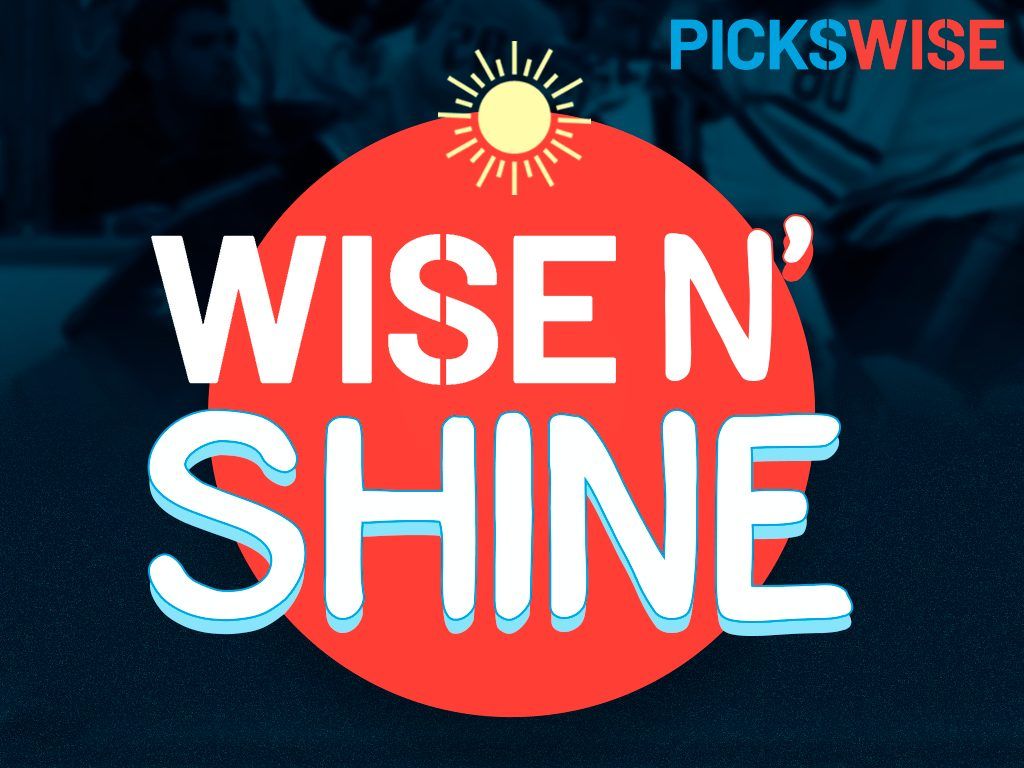 A Bostonian with a love for stats and baseball. Using knowledge and passion to find the right bet in MLB, NBA, NFL, and more. A lover of bold sports takes and sweat-free plus-odds picks.
@keithps22
Published: 8:00 AM ET December 01, 2022

Good morning, Pickswise Nation, and welcome to a terrific Thursday of sports. The NFL returns for Thursday Night Football, and we also have more World Cup action, along with NBA, NHL and college basketball games, so let’s get straight to making your next bet better!

Celtics earn 18th win in style
At 18-4, the Celtics have solidified themselves as one of the elite teams in the league. On Tuesday night, Jayson Tatum dropped 49 points en route to Boston’s 134-121 win over the Miami Heat. The win was big for our NBA best bet as our Celtics -9 bet cashed  for our 24th NBA best bet win of the season!

NHL mega parlay cashes at +913 odds
We cashed a great parlay on the ice on Wednesday as our NHL mega parlay (Rangers -1.5, Leafs -1.5, Over 6.5 in Oilers vs Blackhawks) came up trumps. The Rangers and Leafs beat the Senators and Sharks respectively, both 3-1, while the Oilers beat the Blackhawks 5-4.

Mexico eliminated in dramatic day at the World Cup opponent
Wednesday’s World Cup soccer was full of drama, with Argentina and Poland just qualifying from Group C at the expense of Mexico and Saudi Arabia.

World Cup continues
We have 4 more exciting matchups in the World Cup today as the qualifying teams from Groups E and F will be decided. Croatia vs Belgium and Canada vs Morocco play at 10:00 am ET, with Costa Rica vs Germany and Japan vs Spain at 2:00pm ET. Read today’s World Cup soccer predictions.

Single game in the NBA
It was a massive day in the association yesterday, but we’re limited to just one NBA game today. The Dallas Mavericks head to Michigan to take on the Detroit Pistons at 7:00pm ET on NBA TV. Check out our NBA picks.

Huge day on the ice
We are treated to a massive day in NHL on Thursday, as 22 teams are facing off. Interesting matchups include the Vegas Golden Knights vs Pittsburgh Penguins and the Nashville Predators vs New Jersey Devils. Read today’s NHL predictions.

The Bills come into this game having not covered in 5 straight. They were a bit unlucky in not covering against Cleveland when the Browns scored on a meaningless final drive and then against Minnesota when the Vikings posted an incredible 4th-quarter comeback. The Bills lines have been a bit inflated in general leading to this streak but the market may have overreacted in the opposite direction. To only have to lay 4.5 points here is just flat wrong. We are finally getting the Bills at an attractive buy-low spot.

Been waiting all day for Thursday Night! Our expert Clevta went 2-0 on Monday Night Football and he’s back with 2 best bets for Bills-Patriots, plus Prop Holliday has selected his player prop best bets, and we’ve crafted a Bills vs Patriots Same Game Parlay after winning FIVE Same Game Parlays in Week 12. Our expert is on a 5-1 run in TD scorer best bets, and he has 2 TD scorer best bets for Bills vs Patriots!

In the World Cup, there’s still time to check out our soccer predictions for today’s matches, plus a 4-pick +1576 mega parlay. In addition to that, we also have a Canada vs Morocco Same Game Parlay at +446 odds after already hitting +1077 and +566 winners during the tournament! Our NHL mega parlay, NHL player props and Mavericks vs Pistons Same Game Parlay are also available.

We’re into Championship Week of college football and our experts already have a few CFB early best bets for this week’s action. We’ll have plenty more analysis to come as the week unfolds.

Don’t forget to check out our daily show Let’s Bet It on our YouTube channel at https://youtube.com/c/Pickswise at 10:00 am ET.

Jared Smith and Lauren Jbara are your hosts today and they will be joined by special guest Roddy Jones  (@RoddyJones20) an analyst for ESPN/ACC Network and SiriusXM. The team will preview Thursday Night Football and the ACC & SEC Conference Championship Games with Roddy before revealing their Plays of the Day.

The over is 8-3 in the Patriots’ last 11 home games. The game total for Thursday Night Football in Foxborough is set at 43.5 points.