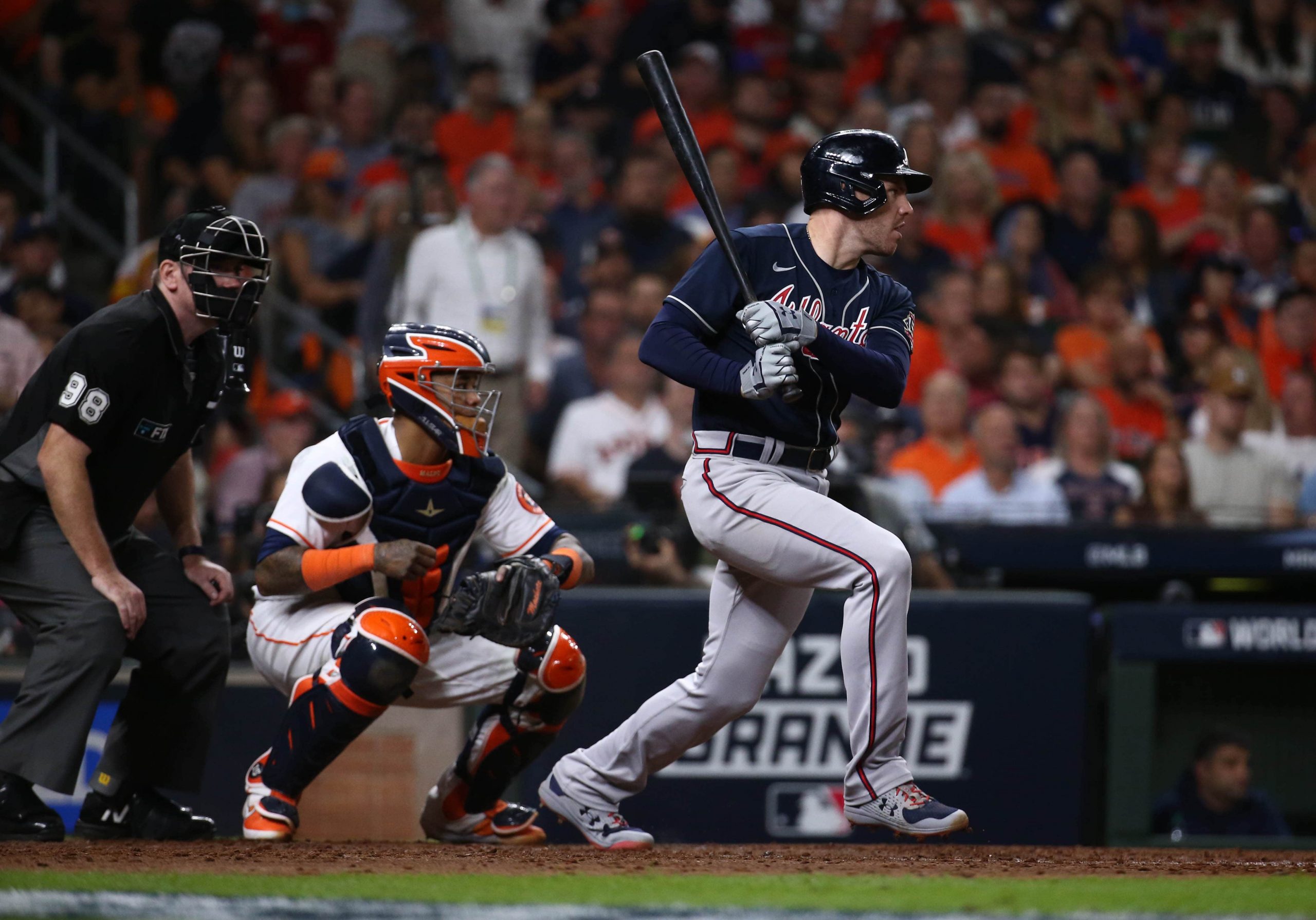 The World Series between the Houston Astros and Atlanta Braves is split at one game apiece. Game 3 gets going tonight at 8:09 p.m. ET on Fox. The series has shifted to Truist Park Atlanta, and needless to say, the winner of tonight’s matchup will take a pivotal 2-1 series lead. The best way to spice things up is with a same game parlay. I have a 2-leg parlay in mind, and I will share that here. Along with this article, don’t forget to check out our full game preview for Game 3.

This same game parlay is paying out north of 14/1 odds on FanDuel Sportsbook.

Let’s break it down:

After scoring just 2 runs in Game 2, the Braves are looking for a better day at the plate in Game 3. The series has moved to Atlanta, so the Braves’ bats will have their home crowd behind them. In their last 7 postseason games, Atlanta has scored 5 or more runs 4 times. Ozzie Albies has been a big part of that equation. He has been a run-scoring machine throughout the postseason. The Atlanta second baseman has scored 9 runs in 12 playoff games. He had an 8-game run-scoring streak snapped in Game 2, but he is more than capable of starting another tonight. Houston starter Luis Garcia was great in his last outing against Boston, but in his previous 2 postseason starts he allowed 10 earned runs over 3.2 innings. Look for Albies to score 1 or more of many Braves runs tonight.

One guy who has the potential to drive in some runs for Atlanta tonight is Freddie Freeman. Atlanta’s first baseman already has a number of clutch postseason moments under his belt, and if the Braves are going to have a solid day at the plate, there is a good chance that Freeman will be involved. Freeman has 8 RBIs this postseason, and 6 of those have come in his last 5 games. Garcia has had some struggles so far in the playoffs. Overall, the Houston left-hander is posting a less than stellar 9.64 ERA and a 5.63 FIP in 9.1 innings spanning 3 starts. In 87.1 innings in his career on the road, Garcia owns a 4.37 FIP and a 1.27 WHIP.  With Freeman locked in as of late, look for him to take advantage of Garcia’s postseason inexperience and record a few RBIs.