Golf Betting Online, Where To Bet & How To Bet On Golf 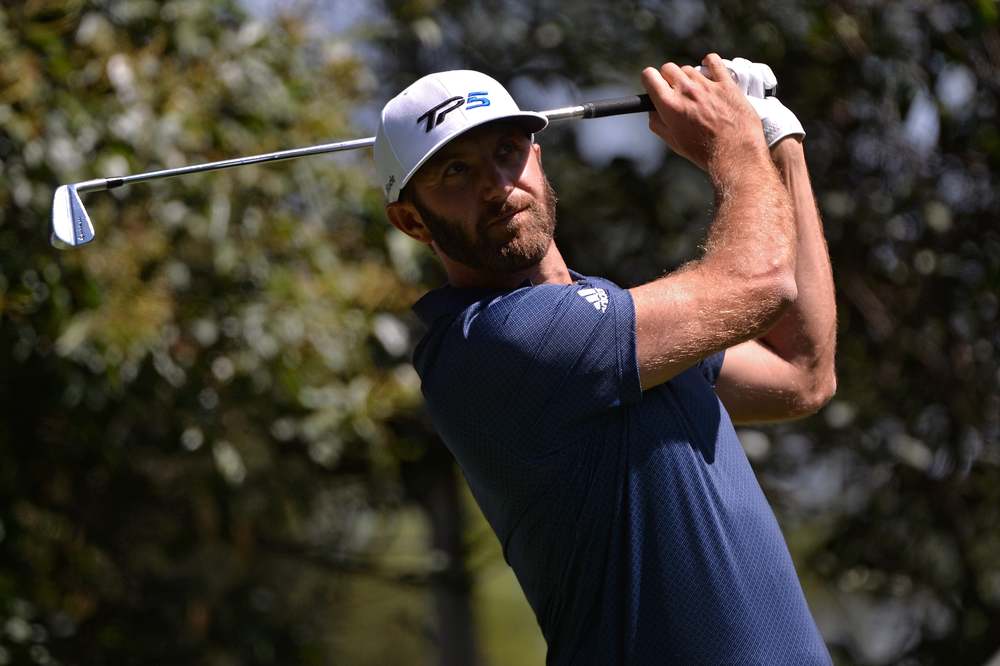 $1,000
Hey New Jersey, Get a $1,000 Deposit Bonus!
New bettors get a $1,000 deposit when you sign up for a new account today! If you or someone you know has a gambling problem, crisis counseling and referral services can be accessed by calling 1-800-GAMBLER. 21+. NJ only. Deposit bonus requires 25x play-thru. Deposit Bonus issued as site credits. Eligibility restrictions apply. See DraftKings.com/sportsbook for details.
DEPOSIT NOW

$1,000
New Jersey Legal Sports Betting With FanDuel Sportsbook!
New bettors get a Risk-Free Bet up to $1,000 when you sign up for a new account today! Join FanDuel Sportsbook today and make your first bet. If you lose, we'll give you a refund of up to $1,000 in site credit (within 72h). New users only. 21+ and present in NJ. Terms and conditions apply. Gambling Problem? Call 1-800-GAMBLER.
DEPOSIT NOW

How To Bet On Golf

The most popular bets on golf are futures or outright betting. This is where you pick a golfer to win a tournament. With fields of over 100 golfers each week at PGA Tour events, it’s easy to see why the odds are so high; it’s not unlikely to see winners at +10000 or +15000.

Odds are generally posted based on players’ current form (closely linked to his or her world golf ranking), history at a tournament, and in some cases, the layout of the particular course. For example, long hitters are usually going to have better chances at the Masters while precise ball-strikers are going to have a better chance at the British Open.

After a tournament has started, in addition to outright winner odds, there are options to bet on head-to-head player showdowns each round. You’re picking a player to have a better round than his or her playing partner. Before the cut, there are often three players involved, so you’re betting on a player to score better than both other players.

Pickswise Golf experts give out free Golf Predictions every week on all PGA Tour events, all four Majors, and the Ryder Cup. Get this week’s PGA Tour picks now!

Where to bet on Golf

FanDuel Sportsbook and DraftKings Sportbook are the market leaders in most legal states.

They offer a wide range of golf betting markets, pre-tournament, and in-play live betting. They also have weekly promotions and price boosts on most PGA Tour events.

Most legal sportsbooks offer Golf betting so we recommend you take a look at our best online sportsbooks section to see which ones are legal in your state.

The Professional Golfers Association primarily holds tournaments in the United States, with the main part of each season running from January through September. Its biggest events are the PGA Championship, the Players Championship, and the Tour Championship.

This is the women’s counterpart to the PGA Tour. Whereas the men’s circuit features four annual major championships, the women play five each year.

Many of Europe’s best golfers play the majority of their schedule close to home. This tour sanctions the British Open, which is the fourth and final major on the calendar.

Golf’s proverbial minor league. Based on performers, many golfers who do not earn PGA Tour cards play on the Korn Ferry Tour. It was previously known as the Ben Hogan Tour, the Nike Tour, the Buy.com Tour, the Nationwide Tour, and the Web.com Tour.

This is a branch of the PGA Tour in which golfers must be at least 50 years old.

We discussed this above, picking a golfer to win the entire tournament.

To make the cut

Books will offer odds on a player to make or miss the cut. At almost all golf tournaments, the field is cut after two rounds are played—generally on Friday night. Usually, two-thirds of the players advance to compete in the remaining two-weekend rounds.

One of the most popular golf betting submarkets is two and three ball betting. Players go against each other in a head to head battle in a stroke-play scenario for a particular round. Players are usually put up against each other from the pairings they are drawn with for that round. If there are two players, it’s a head to head market, and if there are three players, it’s a 3-way market.

Two and three ball markets make great picks for golf parlays. There are often 30+ pairings in a final round, which gives you plenty of options to choose from when creating a parlay.

The most common round leader bet is a first-round leader (FRL). It’s placing a wager on a golfer to be in first place after round one in a golf tournament.

Some golfers start fast, while others come into their own when it counts on moving day or the back nine on Sunday. Knowing which golfers will perform well in each round of the tournament will give you the edge in the round leader market.