Soccer Betting Online, Where To Bet & How To Bet On Soccer 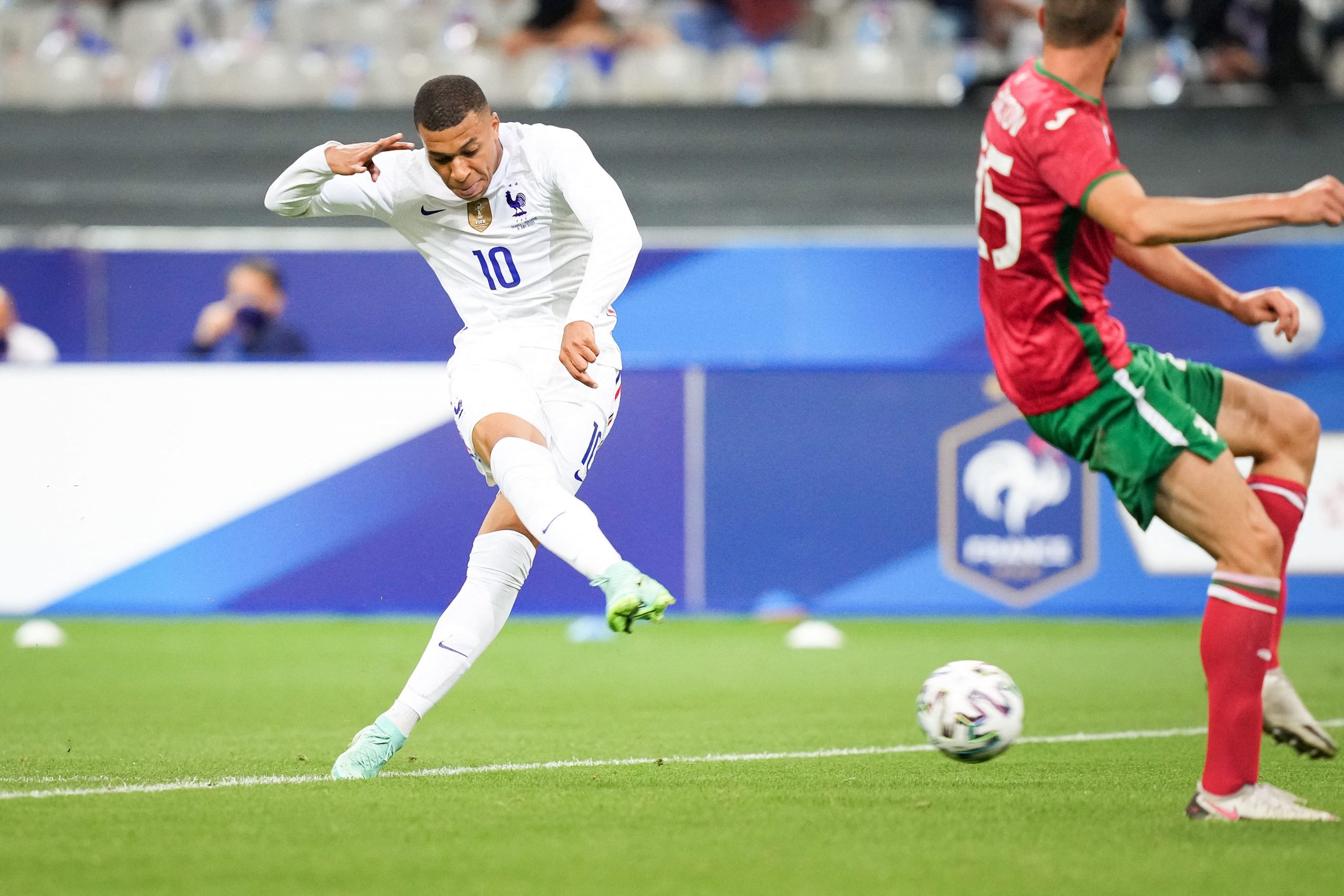 How To Bet On Soccer

When it comes to soccer betting, there is the option to bet on individual matches either pre-match or in-play. Bettors can bet on who wins the game, known as a Moneyline bet, or on who wins and by how much, known as betting on a point spread. There is also the opportunity to bet on which player will score the first goal and if a player will score at any time in the match. There are also plenty of future markets on offer to soccer fans, from betting on which team will win a certain cup or league to which player will finish top goalscorer.

Pickswise Soccer experts give out free Soccer Predictions and Soccer bets from the Premier League, Bundesliga, Champions League, MLS, and other European leagues from around the globe. Get today’s free Soccer picks now!

Where to bet on Soccer

FanDuel and DraftKings are the market leaders in most legal states, and they offer a range of markets on soccer.

Major League Soccer is the biggest soccer competition in the USA. There are 26 teams involved, split between the Eastern Conference and Western Conference, who compete for a place in the playoffs at the end of the campaign and the chance to win the MLS Cup. The season typically runs from February through to November. 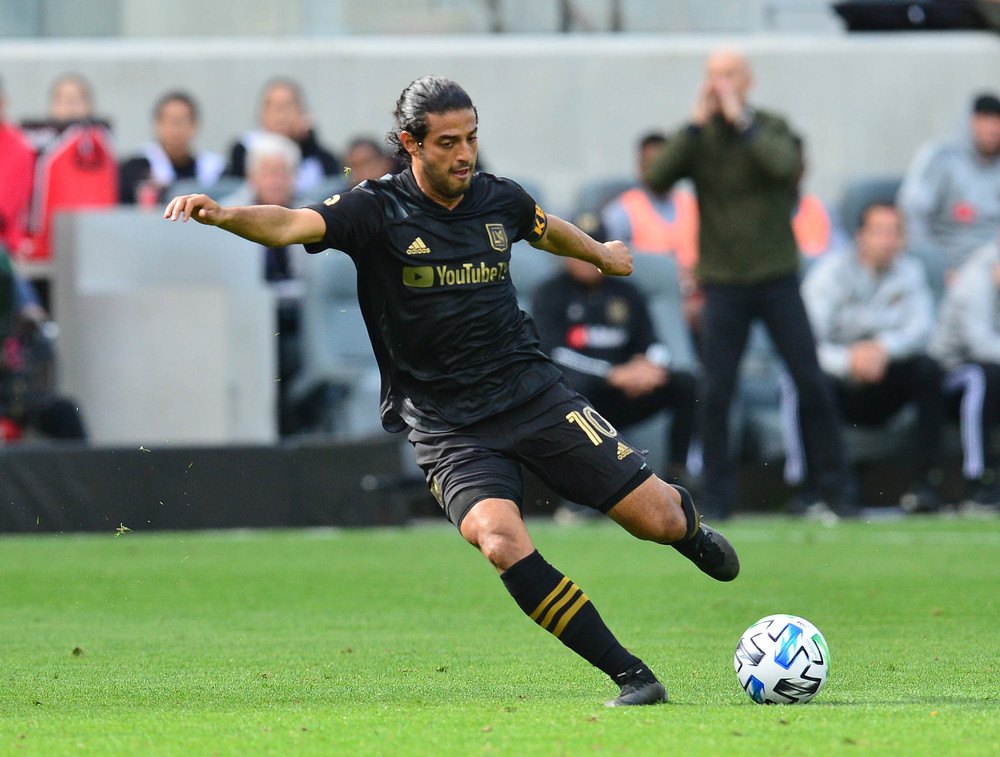 The English Premier League is the pinnacle of club football in England, comprising 20 teams who play each other home and away throughout the course of the season. It features the ‘Big Six’ of Manchester City, Liverpool, Chelsea, Tottenham, Manchester United and Arsenal, and the teams finishing in the top four are rewarded with a spot in the continental Champions League tournament. The teams finishing in the bottom three are relegated to the Championship.

Since its conception in 1992, six different teams have won the Premier League from 13-time winners Manchester United to Leicester City, who defied 5,000/1 odds to win the title in 2016.

Each season there are also two domestic cup competitions – the FA Cup, which is open to teams all the way down to the tenth level of English Football, and the League Cup which is played by the 72 teams in the Football League and Premier League outfits.

Spain’s top twenty teams compete in their elite soccer division known as La Liga, which features one of the fiercest derbies in world football.

Dubbed ‘El Clasico’, clashes between European heavyweights Barcelona and Real Madrid have featured some of the greatest players in world football from Lionel Messi and Cristiano Ronaldo to Zinedine Zidane and Ronaldinho.

The league, which involves teams playing each other home and away with the top four qualifying for the Champions League and the bottom three dropping into the Segunda Division, is renowned for its passing football and features other big names such as Atletico Madrid, Valencia, and Sevilla.

The Uefa Champions League is Europe’s premier club soccer competition in which 32 of the best sides across the continent compete first in a round-robin format in eight groups of four teams. The top two teams in each group then progress to the knockout phase and in each round they play home and away matches. The tournament culminates in a hotly anticipated final in a predetermined neutral venue. The current holders are 2019 champions Liverpool from the English Premier League.

Alongside the Champions League each season there is a secondary European tournament run known as the Europa League. The competition gives an opportunity for those sides who don’t win their league titles but finish high up in their domestic leagues to play continental soccer.

Spaniards Sevilla are the most successful club in the history of the competition, which initially features 48 teams in the group stage with the top two teams in each section along with eight teams dropping out of the Champions League progressing to the knockout stage. The final is also held in a predetermined neutral venue with last year’s taking place in Baku with Chelsea beating Premier League rivals Arsenal to the title.

The Concacaf Champions League is a continental competition run annually and competed in by teams from North America, Central America, and the Caribbean.

An incredible 35 of the 56 champions have come from Mexico, with Liga MX club America the most successful club in the competition’s history, winning the title seven times, the last coming in 2016. Only two teams from the USA have won the competition – LA Galaxy in 2000 and DC United in 1998.

In its current format 16 of the continent’s best clubs compete in a knockout tournament starting in February and finishing in May. Ten of these teams qualify based on domestic performances in league’s such as the USA’s MLS and Mexico’s Liga MX, while the other six advance from the Concacaf League, which is played at the end of the previous calendar year.

Arguably the pinnacle of any footballer’s career is representing their country at the FIFA World Cup, held by either one or a combination of host countries every four years. Brazil remains the most successful country in the tournament’s history with five titles but since their last victory in 2002, four different teams have lifted the trophy – Italy in 2006, Spain in 2010, Germany in 2014, and France in 2018. The competition has traditionally been played in the summer, with the last taking place in Russia in 2018, but the next edition in 2022 will be held between November and December in Qatar.

International teams also compete in continental competitions in between World Cup years with European teams playing in the Uefa European Championships. Spain and Germany are the most successful team in the competition played every four years and due to take place in 2021.

North American, Central American and Caribbean countries compete in the Concacaf Gold Cup every two years, with Mexico the most successful nation with eight titles, while South America’s premier international competition is known as the Copa America, which is the oldest international football competition in the world and has been won by Uruguay on 15 occasions.

Africa meanwhile hosts the Africa Cup of Nations every two years with the next taking place in 2021. Algeria is the current holder. Other competitions include the AFC Asian Cup and the Oceanic Football Confederation Cup. These all offer a range of betting markets for individual markets and outrights.

This is a bet on the outcome of the match either choosing a team to win or backing a tie. This only refers to the 90 minutes of play plus any stoppage time the referee chooses to add on. It does not include extra time or penalty shootouts.

A way of betting on the margin of victory in the game. If a team is -1 that means a bet on them means the punter expects them to win by at least two goals. However, if a team is +1 that means punters do not expect them to lose by more than one goal. This is a method of betting on a favorite you expect to win comfortably but at a better price. Bookmakers tend to bet two-way like in football and basketball betting.

This involves betting on whether there will be over or under a certain number of goals in a match. Once again this only applies to the 90-minute game plus stoppage time added by the referee. The most common market is over or under 2.5 goals. If you think the match will be low-scoring, perhaps because it involves two defensive teams, then backing under a certain number of goals will be the best option.

Bets on over 2.5 goals will be available at shorter prices in games involving big teams against smaller ones as the expectation is the bigger team’s superior attack can rack up a comprehensive win. One way of getting value out of this market is to back under 2.5 or 3.5 goals in this kind of scenario if you think the underdog has a solid defense and will approach the game trying to sit back and earn a draw.

This goal line, that is the number of goals you can bet over or under on, will fluctuate in-play, changing radically if there is an early flurry of goals or if the score remains 0-0 late into the game.

This is a bet on what the final scoreline will be after 90 minutes, plus any stoppage time added by the referee, has been played. This means that if a cup game is to go into extra time with an additional 30 minutes played, the ‘correct score’ market is still settled based on the scoreline at the end of normal time.

Punters can bet on either yes or no to whether both teams will score in the game.

A bet on what the result will be at half time, whether one team is winning or if it will still be a tie.

This involves backing two-match result outcomes with one bet. For example, if you think there is no way Team A can lose because they have a great defense but you are not sure if they have enough upfront to actually win the game, you can back ‘Team A to win or draw’ under double chance. This means you get paid out on two of the three-match result outcomes. Naturally prices are therefore shorter but it can be a good bet if you want to oppose strong favorites winning a match.

This is a bet on the outcome of the match but the bet is voided if the game finishes as a draw. It is essentially a way of betting on the match result but reducing the field to two possible outcomes rather than three. This can be a good bet if you think an underdog is capable of winning against a bigger side but you want the insurance of getting your money back if they get a draw out of the game.

Result and both teams to score

A bet on the outcome of the match and whether or not both teams score. This is a good betting angle if you want to get more value out of backing the favorites to win and they typically concede a lot of goals but still win matches.

You can choose which player you think will score the first goal of the game.

You can bet on which player you think will score at any time in the match. Strikers are naturally the most common choices in this market but defensive players can also be selected at a bigger price if you think they have the chance of scoring from set-pieces such as corners. It is also a good idea to look at which players take penalties.

It can be worth having more than one bet on this market throughout the season if the team you think will win the league have had a hard run of fixtures to start with, lose several games and naturally become a bigger price but have the potential to come back into contention with an easier run of matches.

With most major competitions, there is usually the option to bet on which player will finish with the most goals at the end of the league season or tournament. If betting on a cup competition, it is worth considering how far a player’s team will progress before betting on them as the more matches a player plays, the greater chance they have of scoring more goals. Strikers are typically the most common selections in this market.