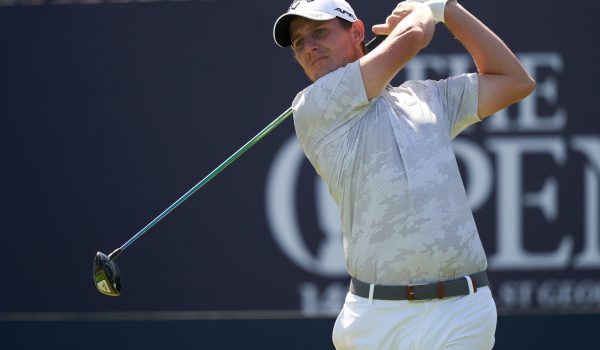 The Major hunt for 2021 is now over following Collin Morikawa’s two-shot victory at the British Open last week, and the world’s elite players now have other targets to concentrate on.

There are three weeks left before the FedEx Cup playoffs so there will be a great battle for valuable points as players dream of that $15m mega payout.

We are also less than two months from the delayed Ryder Cup when Steve Stricker will have to select his USA team to try and claim the trophy back from Europe at Whistling Straits in Wisconsin.

And at the other end of the scale, players will be desperate to keep their PGA Tour playing credentials for next year, so don’t go thinking there is nothing left for these golfers to play for at the 3M Open this week.

World number two Dustin Johnson leads the field at TPC Twin Cities after he finished eighth at Royal St. George’s while Louis Oosthuizen, who saw another Major slip through his fingers in England, is next in the betting.

However, Argentinian Emiliano Grillo looks a good bet to build on his 12th place last week after he ended a run of three straight missed cuts.

He has the ball-striking quality to flourish at what is a straightforward venue and he had finished eighth at the Charles Schwab Challenge before his mini-slump.

His Friday round of 64 in last week’s Major should boost his confidence, as should the third place he earned in this tournament last year, so he could make a bold bid for his first PGA Tour title since he won the Frys.com Open in 2015.

While the world’s top players were battling for the Claret Jug, Luke List was boosting his credentials with an excellent performance at the Barbasol Championship.

The man from Seattle might look back on that effort as a missed opportunity as he shot a disappointing 71 on Sunday to finish two shots out of the playoff that was won by Seamus Power.

He finished fifth, but that performance came hot on the heels of a fourth-place at the John Deere Classic, when he was particularly impressive on Friday when he shot a 63.

He finished 32nd in this tournament last year but hopes are rightly high of an improved performance as he closed the tournament with consecutive 67s.

He could build on that and prove a real factor.

Top Rest of the World Prediction

He has already come close to winning this season when he saw the Puerto Rico Open snatched from his grasp by Branden Grace and the fact he is ranked fourth in strokes-gained off the tee on Tour is a cause for optimism this week, even though he missed the cut last time here.

In the last two months, he has finished ninth at the Byron Nelson, fell one shot short at the Palmetto Championship at Congaree, and he was 11th at the John Deere Classic last time out.

He shot a disappointing final round of 70 on that occasion when he was right in the mix, but he is capable of making a strong challenge.

Golf 4 days ago
Daily public money update: Bettors already like both Bucks and Suns in 2022

Golf 4 days ago
Best sportsbook promotions and odds boosts for Wednesday: MLB and the 3M Open

Summer is the busiest time of every golf season, even when the Olympics are not…
View Article