The Masters 2021: Best Picks and Predictions for the first Major of the Year 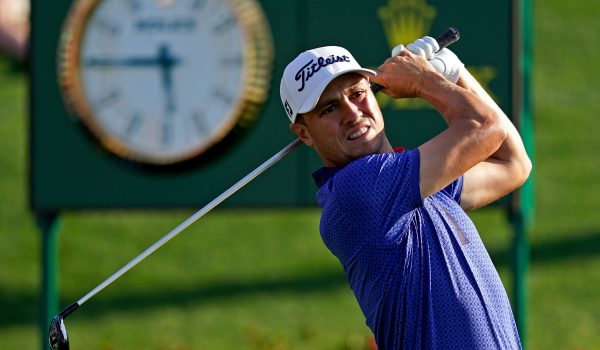 Jordan Spieth has made himself the center of attention again for the Masters by ending a winning drought of almost four years in the Texas Open on Sunday.

Spieth had become an irrelevance in the Masters narrative as he teed up in the Phoenix Open in February as world number 92 and at gigantic odds for TPC Scottsdale. Fourth place there, though, was followed by third at Pebble Beach, 15th at Riviera, fourth at Bay Hill, and Texas Open glory — an event where he needed to be at his best down the stretch to see off a plucky Charley Hoffman.

Spieth fans are going wild and assuming he will be wearing the Green Jacket again on Sunday. Their hero has a superb record at Augusta, with one victory, two seconds, and a third to his name, and the course is a great fit for his talents.

The short odds against his name are unappealing, though, given the 2017 Open Championship is the last time he beat an elite field. Spieth was favorite for the Texas Open because the best players in the world skipped the event. It may be asking too much of him to go from super-slump to Masters champ in the space of two months.

Preference at similar odds is for Justin Thomas, who won the biggest tournament of the season to date — the Players Championship at Sawgrass. The 2017 US PGA champion, who also has two WGC titles on his CV, has served his Augusta apprenticeship and seems ready to slip into a Green Jacket.

The course is perfect for Thomas because he is one of the best iron players in the history of golf. His PGA Tour strokes-gained-on-approach ranking for the last five seasons is 20th, sixth, fourth, second, and first — and this season he is in third place. That iron play has allowed Thomas to rip Augusta to shreds from tee to green — his greens in regulation numbers are fantastic there — but he has not holed his fair share on the greens.

Masters form figures of 39-22-17-12-4 are progressive — he just needs to sharpen up on the dancefloors — and this season he has improved his strokes-gained-putting ranking from 112th to 56th.

Thomas at the age of 27 could be set for his Masters breakthrough, but he may see a strong challenge from a 50-year-old who still has plenty to offer. The enormous odds about Phil Mickelson could be worth a second glance. Tiger Woods enjoyed one last hurrah at Augusta two years ago and this week could be the turn of the legendary lefty.

Nobody in this week’s field has had more Masters success than three-time champion Mickelson, who finished second only six years ago, and experience counts for plenty at Augusta. There have been signs of life in his game over the last month.

Top Rest of the World Prediction

Cameron Smith, tied second in the November Masters, was fifth in 2018 and relishes the assignment. The Australian ace is worth keeping on side in the top Rest of the World market.

Golf 1 day ago
Best two-ball parlay for Sunday at the Masters: Rose not done yet