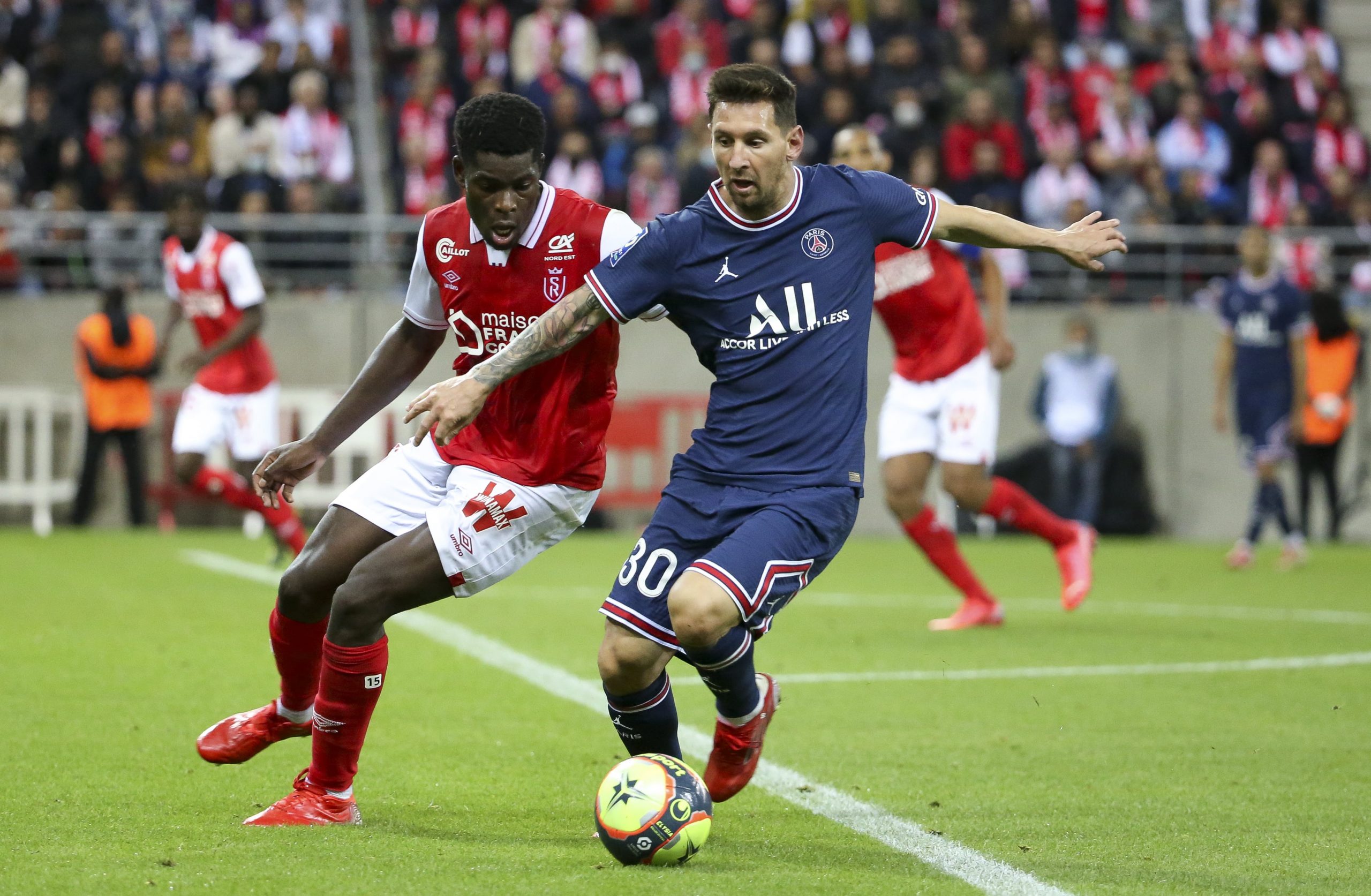 The last 11 winners of the UEFA Champions League have all come from either Spain (6 wins), England (3, including 2 of the last 3 seasons) or Germany (2 wins), but that dominance could be ended this season.

Paris St-Germain have won the French Ligue 1 title in 7 of the last 9 seasons — but not last year — and they are hunting a much bigger prize now. The best PSG has managed in the Champions League was in 2019-20, when losing 1-0 to Bayern Munich in the final but they are favorites this season, and with good reason.

PSG is the +360 favorite with FanDuel Sportsbook, closely followed by EPL champions Manchester City at +380, Bayern Munich at +750 and reigning champions Chelsea at +800. Two more English clubs follow the Blues, Liverpool at +1000 and Cristiano Ronaldo’s new team, Manchester United, at +1400. Three Spanish clubs come next with Real Madrid at +1600 and Barcelona and Atletico Madrid both at +2500.

The group-stage games start on Tuesday, with the final in Saint Petersburg, Russia, on May 28, 2022.

Let’s take a look at our picks for Europe’s most prestigious soccer trophy.

Paris Saint-Germain has been knocking on the door of Champions League success for a decade, but with superstar Lionel Messi now on board, this could finally be the season when they are crowned European champions.

It certainly feels like the French giants have been getting closer to realising their dream over recent years, with their first final appearance in 2020 followed by a run to the semifinals last season.

That was all achieved without the Argentinian magician Messi on their roster and signing the Barcelona icon has propelled PSG from mere contenders to outright favorites to lift the trophy.

It is not just the arrival of Messi that has got Europe’s traditional powerhouses worried, as PSG have also added Gini Wijnaldum, Sergio Ramos and Euro 2020 Player of the Tournament Gianluigi Donnarumma to their squad, while keeping the bulk of last season’s team together.

PSG’s focus will likely be on the Champions League and they will have revenge on their mind when they take on Manchester City in the group stage, as it was Pep Guardiola’s team that knocked them out of last season’s competition.

Their two group games against City, while not decisive, should give us an idea of where both teams are at heading going into the season, and both clubs should have few problems progressing from a group that also contains a weakened RB Leipzig team and Club Brugge.

Like PSG, Manchester City are also still chasing a first Champions League crown after losing last season’s final to Chelsea, but Guardiola’s side missed out on signing both Harry Kane and Ronaldo this summer and may be a little light offensively to justify their tag as one of the favorites.

The competitive nature of the Premier League could also hamper the progress of English clubs this year, with Liverpool, Chelsea and Manchester United all expected to join City in a tense domestic title race.

Having won the Champions League last season, Chelsea’s focus may well be on the EPL this time, while Liverpool have been handed a tough group-stage draw alongside Atletico Madrid, Porto and an AC Milan team that is back at Europe’s top table for the first time in eight seasons.

Manchester United’s draw also looks tough, but the Red Devils will expect to get through to the knockout stages ahead of Villarreal, an entertaining Atalanta team and Swiss side Young Boys.

Ronaldo’s arrival is also a huge boost to Ole Gunnar Solskjaer’s side — he scored twice on his debut on Saturday — but at 36, there are questions about whether he can still spearhead a team to European glory.

Real Madrid may prove Spain’s best hope, but La Liga’s period of dominance on the continent appears to be over, and while Los Blancos and their city rival Atletico could still challenge, Barcelona minus Messi will surely struggle to make it beyond the last 16. 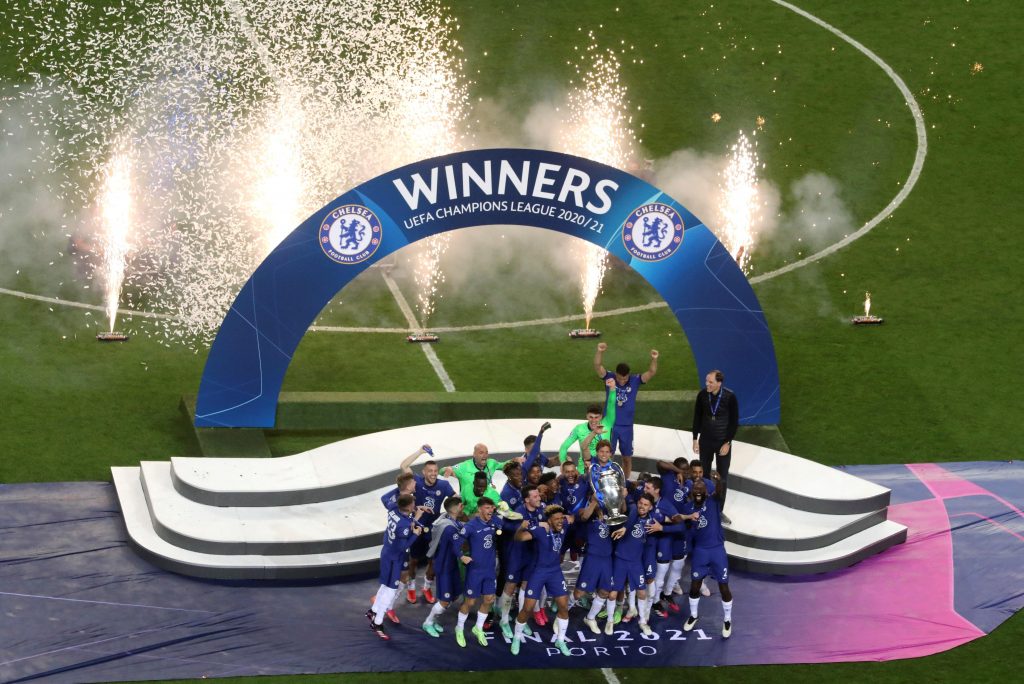 Borussia Dortmund is an interesting option among the longshot teams. Marco Rose’s side can never be written off with Erling Haaland leading their attack.

The Norway international, who has averaged nearly a goal a game since arriving at Dortmund midway through the 2019-20 season, spearheads a young and exiting attacking line that also contains Thorgan Hazard, Gio Reyna and summer signing Donyell Malen.

The loss of Jadon Sancho to Manchester United will be a blow to Dortmund, but BVB usually have another player to come off the production line when a star moves on.

Dortmund have also been drawn in a group that holds nothing to fear alongside Sporting Lisbon, Ajax and Besiktas, and no team will want to face Haaland and co once we get into the knockout stages. 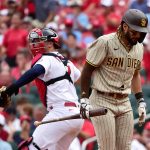 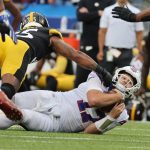