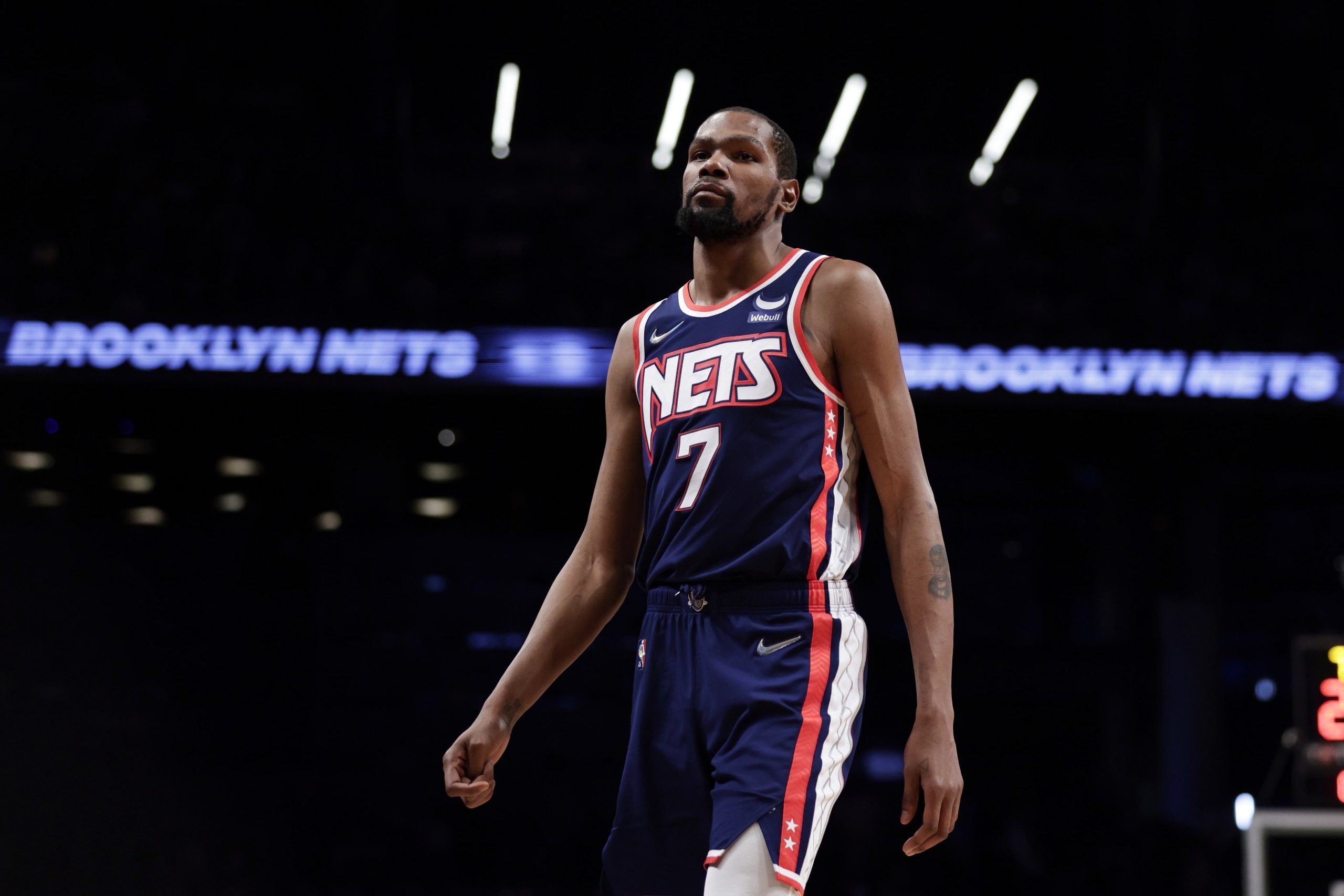 With the NBA offseason winding down, almost all of the big moves have come and gone. However, one massive offseason story was finally settled on Tuesday, as Kevin Durant withdrew his trade request and will be playing for the Brooklyn Nets this season.

After teammate Kyrie Irving announced his return to the Nets, there were still question marks on if Durant would join him.  Durant had been rumored in countless trade packages for nearly 2 months now, but a deal had not been completed. With the season rapidly approaching, it became clear that returning to Brooklyn might be in the superstar’s best interests.

As a result of this announcement, the 2022-23 NBA Championship odds have shifted significantly. Let’s take a look at the updated odds and projections for the Nets.

Shortly after news of Durant’s original trade demand became available, the Nets could be found at 50/1 to win this season’s NBA title. However, that number slowly dropped with each passing week. Less than 10 days ago, the Nets were priced at 15/1 to win the championship. But after Tuesday’s announcement, Brooklyn is now listed at +750 to win the title at FanDuel Sportsbook. This puts the Nets at No. 5 in the NBA Championship odds, behind Boston, Milwaukee, Golden State and the Clippers.

Brooklyn was the NBA championship favorite for almost all of last season, even as it was clear the Nets weren’t going to win the title. With Durant and Irving back in the fold, the Nets will likely be priced among the favorites for most of the year. Oddsmakers appear to be bullish on the Nets’ potential with a full season of Durant, Irving and Ben Simmons. However, the value on any Nets championship ticket is almost certainly gone at this current price.

Boston remains the favorite in the Atlantic division, but the Nets are now currently priced at +200 to win the division. This puts them above the Sixers, who check in at +370. The Celtics are listed at -105 favorites. Brooklyn was already considered a playoff team, but its odds to make the NBA playoffs jumped to -3000 following Durant’s announcement.

Kevin Durant has been one of basketball’s best players for a decade now, and he’s routinely among the MVP favorites. The forward now sits at +1200 to win the MVP award at FanDuel, which appears to be the best price on the recreational market. Durant is only listed +700 to win the award on DraftKings, trailing just Luka Doncic and Joel Embiid.

Assuming he stays healthy, Durant should shoulder most of the scoring load in Brooklyn, especially with Irving’s checkered injury history. If you’re bullish on Durant’s chances at having an MVP-caliber season, a bet at 12/1 isn’t bad value.