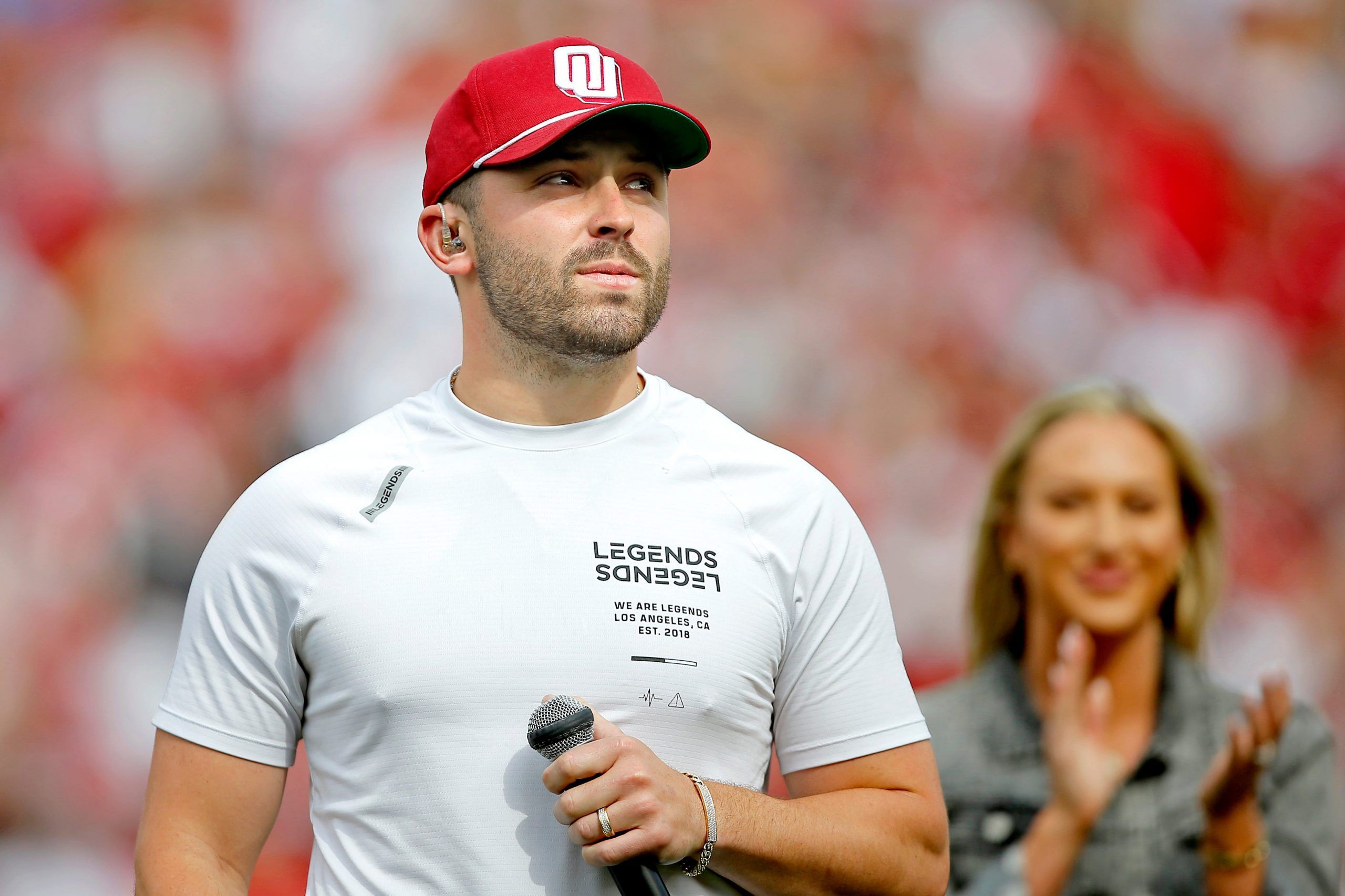 With training camp approaching, most of the big moves in this NFL offseason have come and gone. However, Wednesday saw a trade happen that many NFL analysts had predicted for months, as Cleveland Browns quarterback Baker Mayfield was dealt to the Carolina Panthers. It was reported that Cleveland traded Mayfield to the Carolina Panthers for a 2024 conditional 5th-round draft pick.

The Browns have been in the news quite often in recent months due to their signing of quarterback Deshaun Watson, and that continued on Wednesday. Even though Watson may not play this season, the team had decided to move on from Mayfield and their blockbuster trade for the former Texans passer left Mayfield unhappy. Now in Carolina, Mayfield is a heavy favorite to win the starting QB position at DraftKings Sportsbook.

As a result of this trade, the 2022-23 Super Bowl odds have shifted slightly. Let’s take a look at the updated odds and projections for both teams.

After offloading Baker Mayfield, the immediate outlook remains cloudy for Cleveland due to the potential suspension Deshaun Watson is facing. The Browns may not have Deshaun Watson to start the 2022 NFL season, but they had already decided to move on from the first overall pick in the 2018 draft. A trade seemed inevitable, but the odds for Cleveland to win this year’s Super Bowl have changed from 25/1 to 28/1 at PointsBet Sportsbook. The team also brought in former Patriots, Colts and Dolphins QB Jacoby Brissett, who is expected to start if Watson is forced to miss games.

While Cleveland’s Super Bowl outlook got worse in some oddsmakers’ eyes, Carolina’s odds improved, albeit slightly. The Panthers quickly went from 125-1 to 100-1 to win the Super Bowl at PointsBet Sportsbook following the trade announcement.

Carolina remains a serious longshot to take home the Lombardi Trophy, but Mayfield is an improvement over Sam Darnold. Even after the trade, oddsmakers are indicating that it would take a lot for the Panthers to win the title.

After it was announced that Mayfield was heading to Carolina, odds immediately shifted in the prop markets. Mayfield is listed as a -1200 favorite to be the starter at DraftKings, with Darnold lagging behind at +500. While those odds indicate that Mayfield will likely start for the Panthers in Week 1, it is worth remembering that he is coming off shoulder surgery and will need to pick up the new offense in Caroline quickly to do so.

Mayfield’s MVP odds did not improve. The former Heisman Trophy winner is currently +8000 to win the award, and he has the same odds as Washington’s Carson Wentz, Chicago’s Justin Fields and Zach Wilson of the New York Jets.

The oddsmakers don’t expect a strong season from Mayfield in Carolina, and his season props reflect that skepticism. At DraftKings, Mayfield’s over/under for touchdowns and passing yards is 22.5 and 3,800.5, respectively. After 13 interceptions in 2021, Mayfield’s interceptions prop is 13.5, with odds at -110 on either side.

In an ironic turn of events, the Browns and Panthers will open the 2022 season against each other in September.

This Week 1 matchup should be exciting for both fanbases, as Mayfield could face off against his former team to kick off the season. The game is priced at a pick ’em, with money line odds of -110 for either side available at DraftKings.