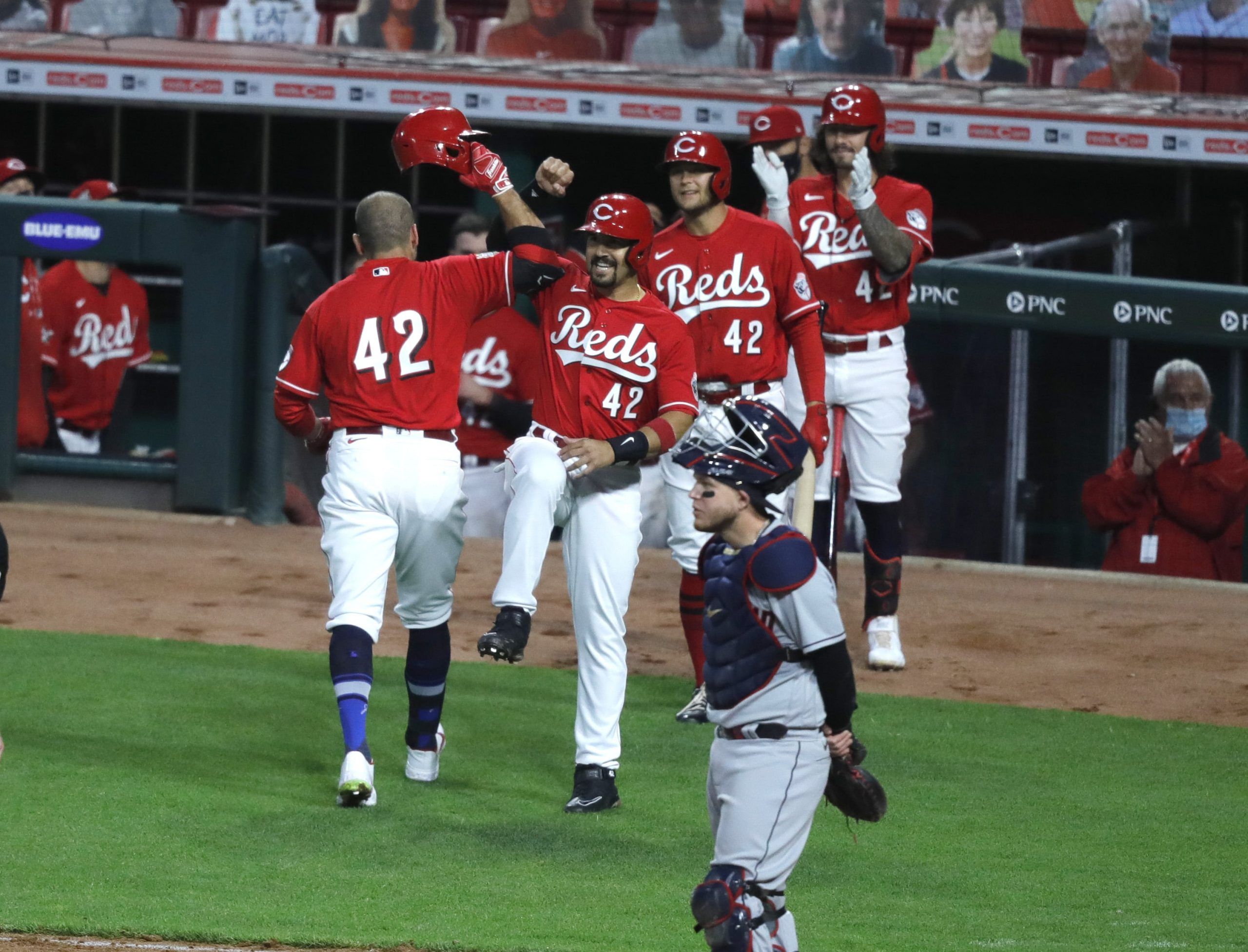 I'm an editor here at Pickswise who was raised in a household full of sports fanatics. Since I unfortunately never had LeBron James' jumping ability I wasn't able to make it to the NBA, and chose writing about sports as the next best thing. An avid sports bettor myself, I'm excited to get to write about the industry as it gets set to take off across the country. Buckle up.
Updated: 6:26 AM ET July 15, 2021

The 2021 MLB season has been a heck of a ride so far. As we wrap up what was an awesome All-Star break, we’ll soon turn our attention back to full 15-game slates. But before we do that, there’s still time to get in some futures bets. The midpoint of the season is always a great place to step back and examine the field, and that’s what we’ll be doing today. We’re bringing you our three favorite MLB futures bets across all markets. Let’s not waste any more time, and dive in:

My favorite play is the Cincinnati Reds to win their division. Getting 5/1 has a ton of value, as there is a lot working in their favor. They finished the first half of the season on a tear, winning nine of their last 11 games. That moved them within four games of the Brewers for first place, and I think the division is a toss-up now.

Cincinnati has had the best offense in the division all season, and only the Giants and Dodgers have scored more runs in the National League. What’s impressive is that they’ve done that despite slugger Eugenio Suarez having an uncharacteristically poor season. If he starts playing like the star we’ve seen in the past in the second half, this lineup is going to be scary. The Reds’ pitching staff is also better than most realize. Wade Miley, Tyler Mahle, and Sonny Gray all have ERAs below 3.68.

What makes me like this staff most though is the progress of Luis Castillo. He is supposed to be the ace, but was terrible to start the year. He was an absolute disaster, but that was never going to last. He’s been turning it on big time, and had a 2.41 ERA in three July starts. In five June starts, it was 1.71. They’ve now got a top-tier offense and four rock-solid starters. I don’t see any reason to believe they can’t catch a mediocre Brewers team that ranks 23rd in OPS and has a rotation that overachieved in the first half.

I like this MLB futures play almost as much, and I feel pretty good about at least one of these two division winner bets cashing. Philly is 3.5 games back on the Mets, who have scored the second-fewest runs in all of baseball. New York’s style simply isn’t sustainable, and if their pitching regresses even a tiny bit they’re totally screwed.

The Phillies started to heat up before the break, winning seven of their last ten games. Their offense started absolutely mashing, as they scored at least 11 runs three times in the final week. The lineup is well balanced, with six of their eight starters having an OPS of at least .780. Not many teams can say that. Zack Wheeler has looked like an ace, and if Aaron Nola can settle down in the second half this team is going to make some noise. I liked the under on Texas before the season started, and now I’m doubling down for our last MLB futures bet. For them to get to 67 wins, they would need to go 30-42 the rest of the way. That’s a win percentage of 41.7. Their current win percentage is only 38.9, which means oddsmakers are actually expecting them to be better in the second half than in the first.

That’s a bit absurd when you dig in. The Rangers actually started off surprisingly well, going 18-18 in their first 36. Since then, they’ve gone 17-37. That’s a win percentage of 31.5 since May 9, not particularly close to where they need to be. Then you throw in the fact that they’ll be facing a tough schedule. They play in the AL West, where each of the other four teams are above .500 at the break.

You’ve also got to factor in that this is a rebuilding team. They’re likely going to trade away key veterans at the deadline, including ace Kyle Gibson. The Rangers will tank down the stretch as they get looks at their young guys, and won’t come particularly close to hitting 67 wins.