HomeAnalysisNFL News5 things to know before betting on NFL preseason games: Hint, not everyone wants to win

5 things to know before betting on NFL preseason games: Hint, not everyone wants to win 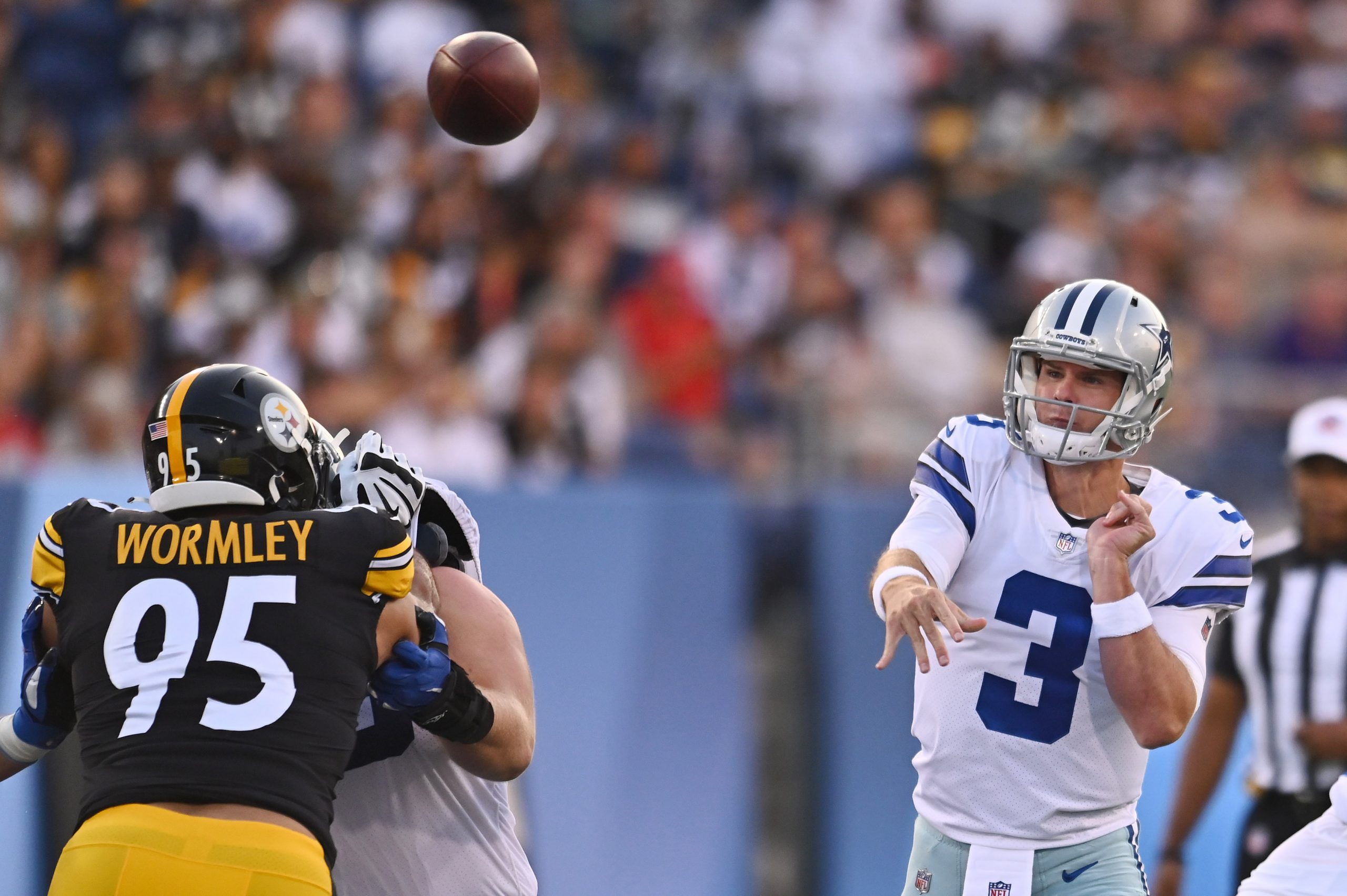 The 2021 NFL season saw its first real action last week in the Hall of Fame Game between the Cowboys and Steelers. While we’ve still got right around a month until the regular season starts, we’ll now have a few weeks of preseason games to tide us over. Fortunately for bettors, there are arguably even more opportunities to find value in the preseason than in the regular season.

Oddsmakers aren’t nearly as sharp in setting the lines, and it’s easier to find an edge if you know what you’re doing. That being said, you’ll have to learn how to bet the preseason first. For all intents and purposes, it might as well be its own sport. NFL preseasons are so unique because every team approaches them a different way. Today we’ll be walking you through five things you need to know before wagering on the preseason.

Don’t forget to check out our NFL news tab for all our latest NFL futures betting articles.

1. Not every team wants to win

This is the most important thing to remember. Every single regular-season game is life or death for all 32 teams. The preseason couldn’t be any more different. Many teams don’t care at all about winning, and things have been trending increasingly in that direction. Seemingly every year, more and more teams opt to rest their key guys. Rams coach Sean McVay has become famous for literally not playing his starters a single snap during the preseason.

It’s crucial this time of year to pay attention to every head coach press conference, to gain a sense of what playing time they’ll give to experienced players. It’s already well-known that McVay doesn’t want to take any chances with injuries, so you might not find too much value there. I’d advise paying close attention to the first-time head coaches, who don’t already have established practices. There, you might be able to find some information that isn’t already being baked into the line.

The preseason is the one time of year where backup quarterbacks get to shine. Signal-callers will rotate throughout a game, with three or even four getting in on the action. You’re going to need to familiarize yourself with every backup quarterback and camp arm in the league, and start to game out who has the best depth charts. I wrote here at Pickswise that I liked the Steelers in the Hall of Fame Game, and they delivered with a 13-point victory. I liked them because their three quarterbacks for that one were Mason Rudolph, Dwayne Haskins, and Josh Dobbs. A relatively impressive trio for that kind of game.

It’s rare that you’ll see second, third, and fourth-string quarterbacks with that much experience between them. Personally, I’m a fan of more mobile quarterbacks during exhibition action. Since the second halves of these games tend to devolve into very sloppy affairs, a quarterback who can run becomes very valuable when he extends plays and makes things happen out of structure.

3. Each week is different

This year, the preseason will only have three weeks instead of four as part of an agreement between the league and NFLPA. Week 1 of the preseason will look drastically different from Week 3. A betting strategy you had in Week 1 might be completely irrelevant by Week 3. That’s because teams change their approach each week, with each game serving a different purpose. Many teams use one preseason game as a ‘dress rehearsal’ of sorts, where their starters play a good amount. But the week after, they might not play at all. This is the first year with this new three-game format, injecting a whole new layer of uncertainty and variance. If you can figure out what each team views the purpose of each week as, you’ll have a big edge.

4. Some coaches want it more

While I just mentioned that not every team wants to win, some teams want to win really badly. It’s become legendary in recent years how hard Ravens coach John Harbaugh tries during the preseason, for example. Baltimore has won 17 preseason games in a row dating back to 2015, and they’ve covered the spread in 15 of those. You might just want to identify certain coaches, and blindly bet them all, knowing they’ll have more success on average than their counterparts.

Dolphins head coach Brian Flores certainly fits the bill of the type of coach who won’t allow any slacking off. In his first and only preseason in 2019, he went 4-0. Jon Gruden, Mike Zimmer, and Pete Carroll have also all cashed between 64-69 percent of the time ATS during the preseason since 2005.

It might surprise you to learn that ‘sharp’ bettors are all over the preseason. As I alluded to above, it’s easier for a bettor with access to lots of information to succeed during the preseason than at any other time. The sportsbooks are at the mercy of pro bettors during this time of year, and they react accordingly. During the NFL regular season, betting volume by the general public is so off the charts that it takes a lot to move the needle.

During the preseason, sharps run the entire market. Pay attention to line movement, as that will tell you what side the sharps are on. Don’t chase bad lines that have already moved, but identifying what spots the sharps are picking off will help inform your future wagers. You can start to gain a sense of what exactly they’re looking at, and for.

Make sure you check out our picks and predictions for every single NFL preseason game!