HomeAnalysisNFL AnalysisAfter crushing loss to 49ers, are the Patriots really done as an NFL powerhouse?

After crushing loss to 49ers, are the Patriots really done as an NFL powerhouse? 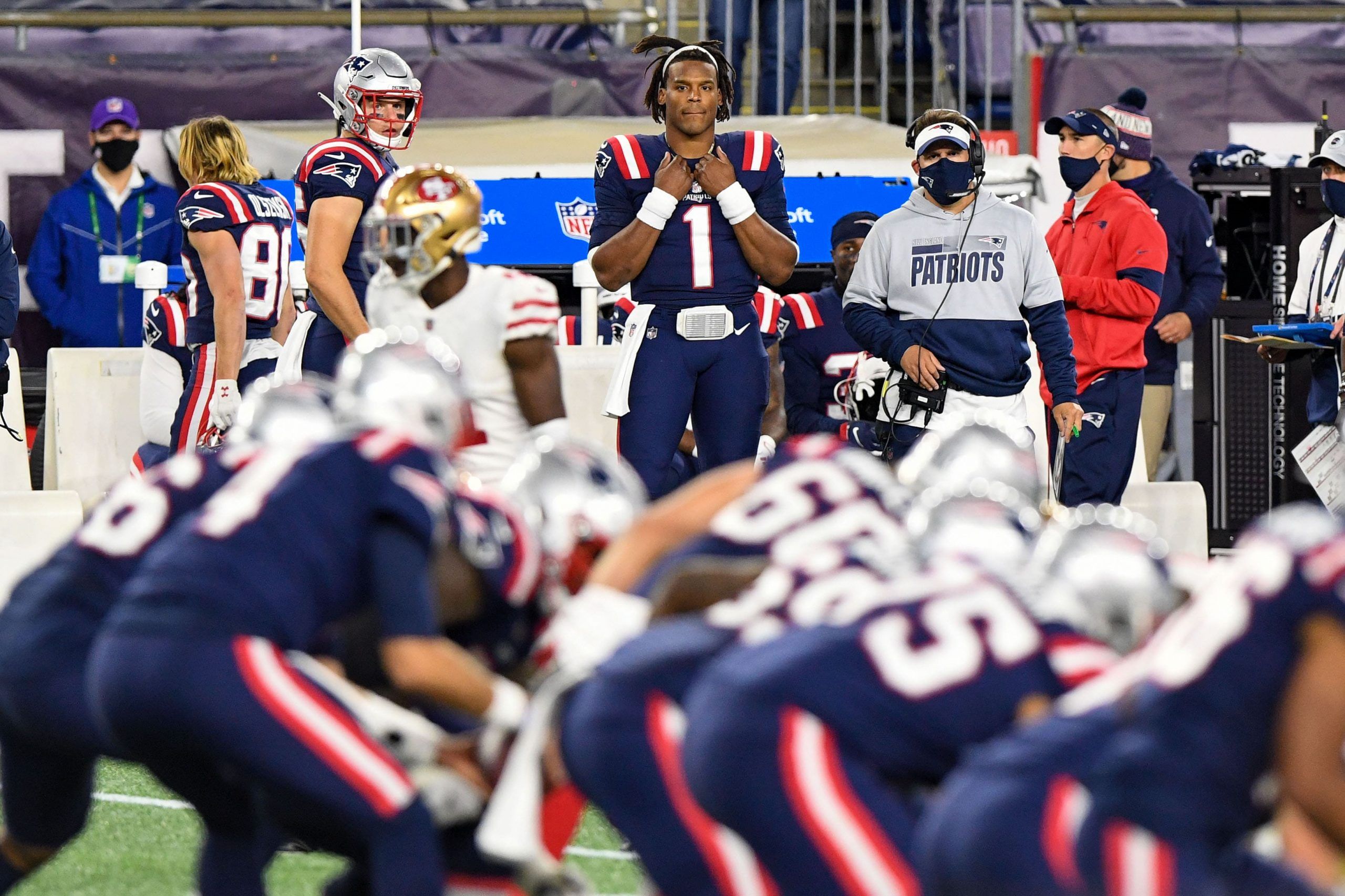 The New England Patriots have been one of the biggest disappointments in the NFL so far this season. After a hot start they’ve faded fast, losing three straight games to enter Week 8 at 2-4. Most recently they lost in humiliating fashion to the 49ers, getting crushed 33-6.

Cam Newton has regressed significantly, and there is now talk of the Pats being sellers at the trade deadline. But is New England really done after Tom Brady finally left? I’m not so sure. This might turn into somewhat of a regrouping year, but Bill Belichick isn’t going down without a fight, and I expect them to bounce back in 2021 if they can’t turn things around this year.

They’ve had some bad luck

Brady leaving is far from the only reason the Patriots have struggled so far this season. They lost some other key guys in free agency, but were dealt an even bigger blow this offseason when they were hit with by far the most significant COVID-19 opt outs of any team in the league.

Then a COVID-19 outbreak happened, and forced Newton to miss a game against the Chiefs where they never stood a prayer without him. It’s highly possible that missing all that time with the virus is what has caused Newton to look so bad since returning from it.

They’ve also had a brutal schedule, as three of their four losses have come to the Seahawks, Chiefs, and 49ers. Those happen to be the two teams that played in the Super Bowl last year plus a 5-1 Seattle team led by Russell Wilson. If you’ll recall, they nearly beat the Seahawks before getting stuffed at the one-yard line as time expired.

When you break it down things haven’t really been as disastrous as they seem, and they’ve caught some tough breaks. The schedule eases up going forward, so don’t be surprised if they make a sudden surge.

Does #GoPats Cam Newton belong in the Top 5 Best Arms in the #NFL? pic.twitter.com/WtOzxtUV87

Things are much brighter in 2021

Even if they don’t manage to right the ship completely over their last 10 games and sneak into the playoffs, there’s no reason to believe this year will be the start of a complete downturn. In fact, I already like their prospects for a bounce back in 2021.

As I alluded to above the Pats were decimated by COVID-19 opt outs that set them back, particularly on defense. Crucial defenders like linebacker Dont’a Hightower and safety Patrick Chung chose not to play, as did starting offensive tackle Marcus Cannon and wide receiver Marqise Lee, who could’ve made things a bit easier on Newton.

Hightower was coming off a Pro Bowl season where he was one of the league’s better linebackers, and the impact of his absence can’t be overstated as he’s usually the heart and soul of the defense. He’s still only 30, and should be back at an elite level next year.

One of the main problems with New England right now is the lack of weapons for Newton, but that’s something that should be able to be relatively easily addressed this offseason. There are a number of intriguing receivers set to be free agents, like Houston’s Will Fuller.

Another underrated bonus of Belichick finally having a bad season is that for the first time in decades he might have a good draft position. Belichick picking toward the top of the first-round is a scary thought for opposing teams.

Everyone has been quick to write the Patriots’ obituary for many years, even well before Brady left. The same people are licking their chops now to declare their dominance over, but I think we should pump the brakes just a bit. Newton will likely get better and the schedule isn’t as daunting moving forward, so there’s still a chance for a playoff push starting this weekend with a pivotal division game against Buffalo. Even if that doesn’t materialize the team will almost certainly get better in 2021, and only a fool would declare Belichick finished before the final bell.