Another step toward sports comes with New York announcement 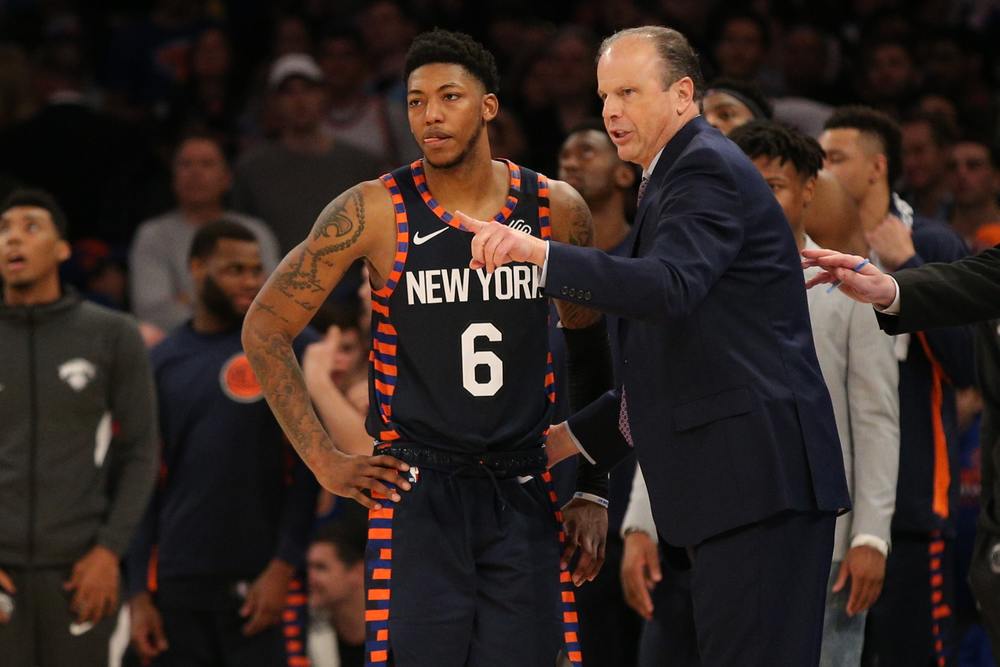 New York governor Andrew Cuomo, one of the most recognized faces of the fight against coronavirus in the United States, announced at a press conference on Sunday that teams in his state can return to their training facilities effective immediately. Given that New York (mainly the city as opposed to the entire state) was the most-affected spot in the entire country, teams such as the Knicks, Islanders, and Rangers have endured a hiatus of longer than two months.

At long last, the hiatus is coming to an end. No, actual games are far from imminent. But at least we can start talkin’ about practice.

“Starting today, all the New York professional sports leagues will be able to begin training camps,” Cuomo indicated. “I believe sports that can come back without having people in the stadium, without having people in the arena, do it. Do it! Work out the economics if you can. We want you up. We want people to be able to watch sports to the extent people are still staying home. It gives people something to do. It’s a return to normalcy. So we are working and encouraging all sports teams to start their training camps as soon as possible, and we’ll work with them to make sure that can happen.”

Other NBA teams returned to their respective facilities earlier this month, albeit on a limited basis while implementing appropriate safety measures. The league initially said that May 1 would be the first day for pseudo mini-camps, but the date was eventually pushed back to the second week of the month.

The NBA is currently in talks to resume its season at Disney’s sports complex in Orlando. It remains to be seen when that could happen and in what form. Would the regular season play out its 82-game schedule or would the playoffs go ahead and begin? If commissioner Adam Silver goes with the latter option, obviously the Knicks’ season would be over.

Whatever happens, fans will not be in the stands under any circumstances.

“I…have been encouraging major sports teams to plan reopenings without fans,” Cuomo continued. “But the games could be televised. New York State will help those major sports franchises to do just that. Hockey, basketball, baseball, football, whoever can reopen. We’re a ready, willing and able partner.”

This is a potential win for tennis, as well (and it is worth noting that a United States Tennis Association banner was displayed at the press conference). New York, the traditional home of the U.S. Open, is still scheduled to host that prestigious Grand Slam event in late August and early September.

Novak Djokovic is a +150 favorite to win the U.S. Open men’s tournament; Serena Williams is a +600 top choice on the women’s side.

In the NHL, meanwhile, the two New York squads are only a little bit superior to the Knicks. The Islanders and Rangers are at least in mathematical playoff contention and could be beneficiaries if the postseason expands from 16 total teams to 24. The Islanders are +2500 to win the Eastern Conference; the Rangers are +3300.