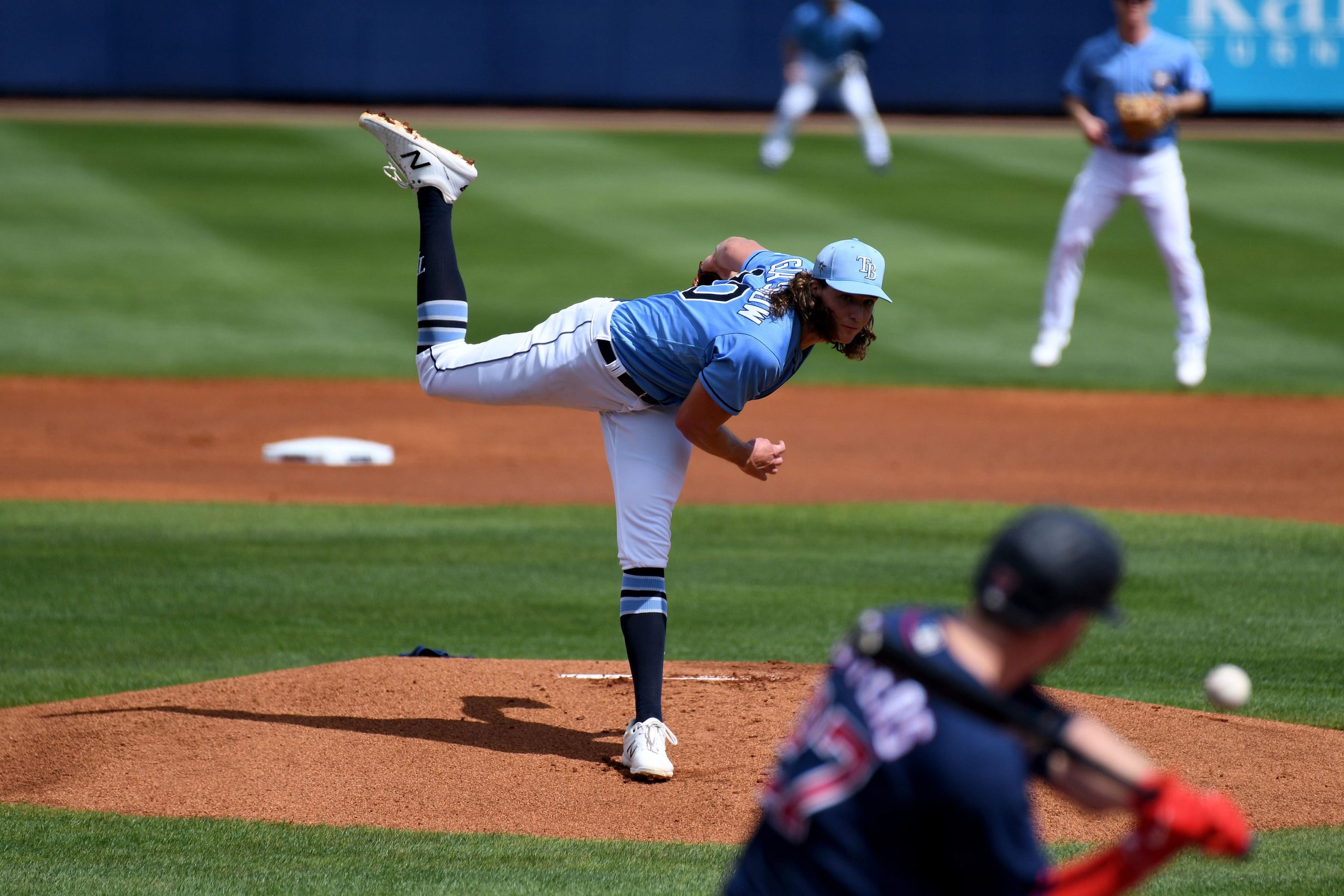 Now fully entrenched in June, it’s hard to believe that we’re in the second trimester of the MLB season. After only three games yesterday, we’re treated to another full slate tonight, accompanied by a gambit of player props of which to bet. Before we get to these, make sure you check out our full game previews and picks if you’re looking to wager on any game sides or totals.

Now that we’re twelve turns into most teams’ rotations, we can continue on our quest to sniff out pitchers’ trends, both positive and negative. Tonight, I’m honing in on two starters, both pitching at home, looking to continue on each of their strong starts to the season.

In his sixth season in the big leagues, Glasnow is capitalizing on the ace potential the Rays were banking on when they acquired him in 2018. Through 12 starts, the big righty is pitching to a 2.69 ERA with a whopping 106 strikeouts in only 77 innings. Amongst qualifying starters, his strikeout rate ranks sixth, and both his xERA and FIP rank in the top fifteen.

Glasnow’s ascendance this season can be partly attributed to the incorporation of a slider into his arsenal. Already armed with an average fastball of 97 MPH and a curveball with an elite spin rate (94th percentile), Glasnow can now punch out batters with each of his three pitches. He’s held opponents to sub-.200 batting averages on all three pitches, with above-average whiff rates for each.

Tonight, the Nationals make the trip down to Tampa to square off vs Glasnow. Washington does rate well in team strikeout metrics (sixth least per game). However, it’s prudent to look at the Nationals track record versus pitchers closer to Glasnow’s elite strikeout numbers. The likes of Brandon Woodruff and Zack Wheeler have each recorded at least eight strikeouts versus the Nationals within the last ten days.  And overall, the Nationals’ strikeout rate over the last two weeks rates as league average.

And tonight, the Nationals will trot out a lineup that has a limited history versus Glasnow – a situation the typically favors an elite pitcher. Plus, it’s worth noting that Glasnow has struck out at least ten batters in each of his five starts at home this season. I expect the Rays ace to continue that streak tonight.

Be sure to check out our full game preview for Washington Nationals vs. Tampa Bay Rays.

Perhaps flying under the radar on a staff equipped with Sandy Alcantara and Trevor Rogers, Lopez has quietly put together a nice start to his season. Through twelve starts, the right-hander has recorded 68 strikeouts in 67 innings, and pitched to a 2.82 ERA. He’s notched at least six strikeouts in seven of his starts.

His chase rate (eliciting swings at pitches outside the strike zone) is in the 83rd percentile, mainly due to his most utilized pitch, the changeup. Tonight’s matchup, the Rockies, have the eighth-highest chase rate as a team, which bodes well for Lopez.

In fact, there are three favorable splits in play for Lopez tonight. He’s pitching on an extra day of rest which, in his career, has boosted his strikeout production by 8%. Additionally, the Rockies struggle on the road. When away from the friendly hitter confines of Coors Field, the Rockies’ team strikeout rate plummets to 27% – the fourth-highest in baseball. And lastly, the Rockies are likely to put out a right-handed dominant lineup tonight. While Lopez’s K rate versus lefties has improved this season, he’s more effective against right-handed hitters.

With a few favorable variables in hand, I like Lopez to roll through the weak-hitting Rockies lineup tonight. I have the fourth-year pro projected closer to seven strikeouts in this one.

Be sure to check out our full game preview for Colorado Rockies vs. Miami Marlins.