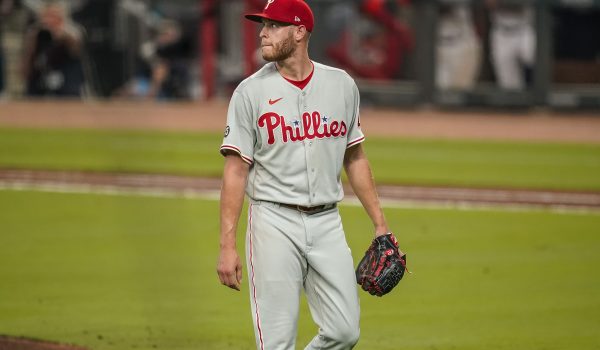 Today we’re treated to another strong Tuesday of Major League Baseball.  With about 10% of the season under our belt already, and several starting pitchers already making their fourth appearance, we can officially say the season is in full swing (pun intended).  As always, baseball brings us so many ways to wager on the game – so make sure you check out our full game previews and picks.

On the player prop front, I changed it up a bit today.  While my research is wholly focused on pitcher performance, one of my favorite plays of the day involves pitcher’s outs, as opposed to my usual strikeout props.

Wheeler is in his second season in Philadelphia, after defecting from the Mets on a lucrative free agent deal prior to last season.  The results have been encouraging thus far with Wheeler pitching to a 2.93 ERA in his first 14 starts as a member of the Phillies.  He has recorded at least 19 outs in eight of those 14 starts, including five of seven at Citizens Bank Park.

Tonight, Wheeler gets one of the softer hitting lineups in baseball, the Giants.  San Francisco has had a rough start to the season at the plate as a team, averaging the fewest runs per game (3.19) on the second lowest batting average (.205) and fifth lowest on base percentage (.285).  Where Wheeler might be challenged is with his pitch count – the Giants currently see the most pitches per plate appearance in baseball.  However, the seven year veteran’s pitch count is already built up, throwing 108 pitches last outing.

It’s a plus matchup for the Phillies in general – San Francisco will be starting Logan Webb, who is making a spot start after coming off of the injured list.  The Phillies are 7-3 at home so far this season, and I expect them to keep the momentum going tonight.  Wheeler should face minimal resistance and escape the need to be replaced for a pinch hitter.  I love this play at plus odds, as I have Wheeler projected to get through 20 outs tonight.

This line reads too high for the Athletics right hander.  Dating back to last season, Manaea has stayed under this total in twelve of his fourteen starts.  He did record seven strkeouts in his last start, however that was against the soft hitting Tigers (fourth worst strikeout rate).

Today, Manaea will face the above average line up of the Twins.  Minnesota is eighth in runs per game (4.79) and seventh in batting average (.252).  Perhaps more importantly, the Twins have the thirteenth lowest strikeout rate in the league (24.1%), and the third highest contact rate (77.2%).  Manaea should struggle to generate strikeouts, with his below average contact rate (75%) and swinging strike percentage (18.7%).