Best MLB Pitcher Props for Tuesday's Slate (5/4): This Brew is for Nola 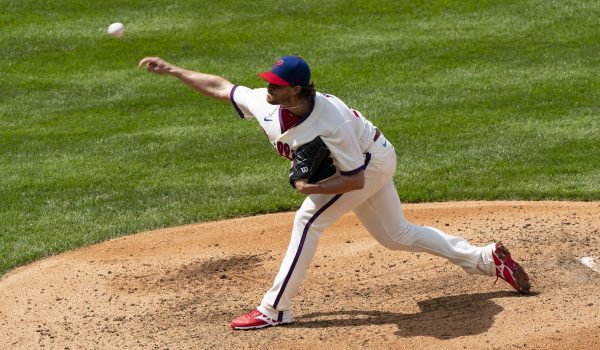 We’ve got a nice big day of baseball ahead of us. Seventeen games on the docket today, thanks to two double-headers. With more games comes more starting pitchers, and more juicy pitcher props to size up. Before we get to these, make sure you check out our full game previews and picks, if you’re looking to bet any game sides or totals.

On the pitcher props front, I have a three-pack of plays for tonight. The matchups are the main focus here, and I’m seeing plenty of value in each spot.

The Phillies ace is off to another nice start to the season. Pitching to a 3.11 ERA, Nola has registered 39 strikeouts in 37.2 innings across his six appearances. Dating back to last season, he’s pitched to a 2.12 ERA at home, with 74 strikeouts in 59.1 innings.

In his first six starts this season, Nola has faced tougher lineups from a strikeout standpoint. Tonight, however, he gets the Brewers. Milwaukee strikes out the third most per game (10.3) and possesses the fourth-highest strikeout rate versus right-handers (27%). Their called strikes plus swinging strike percentage is also the second-highest in baseball at 30.1%.

Looking through their projected lineup, I see at least seven-plus matchups for Nola tonight. And, with the Phillies down one reliever, due to Jose Alvarado’s suspension, manager Joe Girardi might lean on his ace a bit more. I have Nola’s strikeouts projected north of eight.

Be sure to check out our full game preview for Milwaukee Brewers vs. Philadelphia Phillies.

The newly acquired Irvin has pitched well thus far for the surging Athletics. Through five starts, the left-hander has a 3.67 ERA, and 24 strikeouts in 27 innings. He’s actually exceeded 4.5 strikeouts in each of his last three starts. However, this was against Tampa, Baltimore, and Detroit — all three possessing swing and miss rates within the bottom six of the league.

It’s the underlying numbers that stand out when looking at Irvin. The third year pro’s xERA thus far is 5.47, indicating that his raw numbers might be a bit inflated. He’s allowed 31 hits in his 27 innings. And despite facing teams prone to swinging and missing, his whiff rate is in the 14th percentile. He’s being hit hard — with the average exit velocity of 92.7 MPH, which ranks in the bottom 7% in the MLB.

Tonight, he’s treated to a Blue Jays lineup that has fared well versus lefties thus far. The Blue Jays possess the 11th-lowest strikeout rate versus left handers, as well as the eighth-highest OBP. I expect Toronto to get the bat on the ball and keep Irvin’s strikeout count down.

Be sure to check out our full game preview for Toronto Blue Jays vs. Oakland Athletics.

Pivetta should be able to deliver on this trend.  The right-hander is coming off his best start of the young season, with a seven strikeout performance versus the Mets. His walks are an issue (17 in 25+ innings), however, Detroit should help the cause, as they swing at the most pitches outside the zone.

I have Pivetta pegged close to seven strikeouts tonight.

Be sure to check out our full game preview for Detroit Tigers vs. Boston Red Sox.