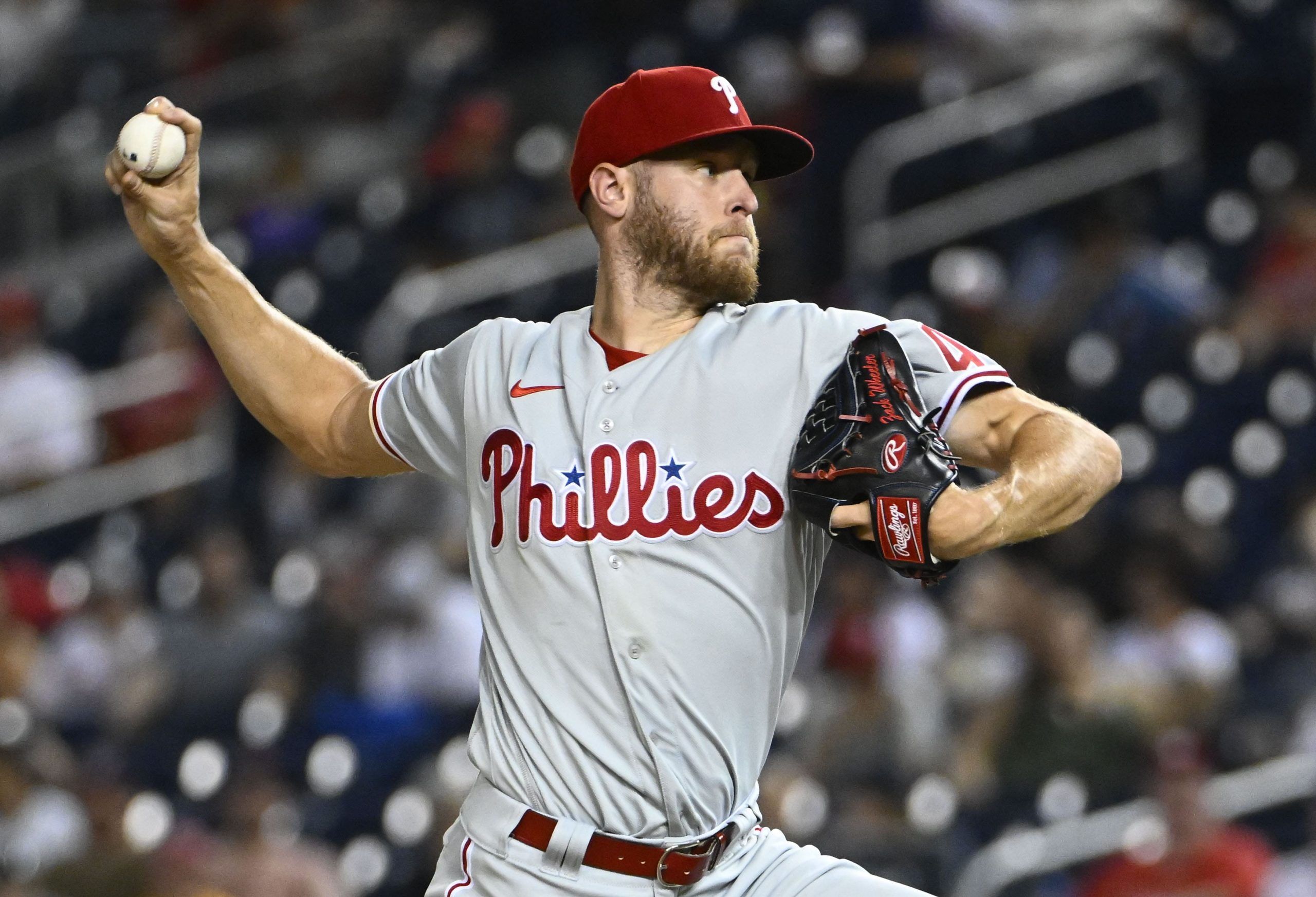 Read below to see the prop(s) I am eyeing up on Saturday’s MLB slate.

Zack Wheeler is one of my favorite pitchers to back, especially when he is at home. The 32-year-old right-handed pitcher is in the midst of another elite year in a Phillies uniform. Wheeler has a 2.89 ERA and 1.08 WHIP overall this season. When at home, those numbers drop to a 1.62 ERA and 0.84 WHIP. His 85th percentile xERA is right in line with last season when he finished 2nd in Cy Young voting. Wheeler has an elite 85th percentile BB%. He doesn’t get hit hard often with a 91st percentile average exit velocity, 82nd percentile hard-hit rate, and 75th percentile barrel rate.

The Phillies ace is a dominant strikeout force with his 74th percentile K%. He had a 91st percentile chase rate, and a 63rd percentile K/IP of 1.09. Wheeler pounds the zone to get ahead in counts with a 68.1% first-pitch strike rate. He has averaged 98.6 pitches per start in his last 11 games and goes deep in games with 6 or more innings of work in 78% of his starts dating back to last season. In 42 of his 49 starts the last two years Wheeler has recorded 5 or more strikeouts including 25 of his 27 home starts. Cubs have a 23.5% strikeout rate against right-handed pitching in the last 30 days and 17 of the last 25 right-handed starters they have faced have recorded 5 or more Ks. Chicago has the 5th lowest chase contact rate and 4th highest overall whiff% this season.

The Cubs are just 2-9 when Marcus Stroman starts this season. He does a good job limiting walks and is better on the road than in Wrigley.  Even considering that, there are still several areas in his game I see worth attacking. His 36th percentile xERA, 30th percentile xSLG, 21st percentile xBA are worrisome moving forward. He ranks 4th percentile in average exit velocity and 5th percentile in hard-hit rate. He does do a solid job of keeping the ball on the ground, but his barrel rate is still just league average. With wind blowing out and 95-degree temperatures in Philadelphia, there is a high expectancy of home runs and overall run scoring. Phillies rank 6th best in ISO and 7th best in SLG against right-handers in the last 30 days.

Stroman also doesn’t go deep into games. He has pitched past the 5th inning just three times all year and has failed to reach the 5th in each of his last 3 starts. Another short outing will hand the game off to a Cubs bullpen that has the 5th highest WHIP since June 1. Phillies pen has turned their season around. In the last 30 days they sit 3rd in WHIP and 6th in xFIP.

0.5U each. In total, risking 1.18U to win 1.1U. Odds available at DraftKings Sportsbook at time of publishing.

I’ll start by saying I wrote a game preview for this matchup this morning that you can find here /mlb/predictions/los-angeles-angels-vs-atlanta-braves-predictions/.  Now let’s dive deeper.

Los Angeles is just 12-37 in their last 49 contests including 6-34 when Ohtani doesn’t pitch. Angels are 7-29 when they aren’t favored and 28-39 against right-handed starters. Atlanta on the other hand is 23-9 against left-handed starters, 49-23 as a favorite, 13-5 when Kyle Wright takes the mound, and 34-11 in their last 45 games overall. To say these teams are heading in opposite directions would be an understatement.

Speaking of Kyle Wright, I really like this spot for him today. Angels have the lowest zone contact rate, and the 4th lowest chase contact rate this season. Overall, their whiff rate sits 3rd worst in baseball. In the last 30 days against right-handed pitching the Angels rank dead last in K%, AVG, SLG, OPS, wOBA, wRC+, are 29th in OBP, and 28th in ISO. 20 of the last 25 right-handed starters to face the Angels have recorded 5 or more strikeouts with 18 of them recording 6 or more. Wright has recorded 5 or more punch outs in 12 of 18 starts including 8 of 11 at home. His 79th percentile called strike plus whiff rate, 63rd percentile whiff rate, and 65th percentile swinging-strike rate should be able to add him to the list. He also limits power well with his 70th percentile barrel rate.

Wright generally goes deep in games having recorded at least 5 IP in 16 of 18 starts. This includes 6 or more IP in 13 of those starts and 8 of his last 10. His season long pitch/K ratio of 15.3 would require around 77 pitches for him to rack up 5 Ks on average. He averages 91 pitches per start this season. Atlanta has the better bullpen in every major statistic I value, and they didn’t have to use their high-leverage arms last night. Sandoval for the Angels doesn’t tend to go very deep in the game and the Braves have a ton of power production against left-handed pitching this season despite cooling off in the last 30 days.