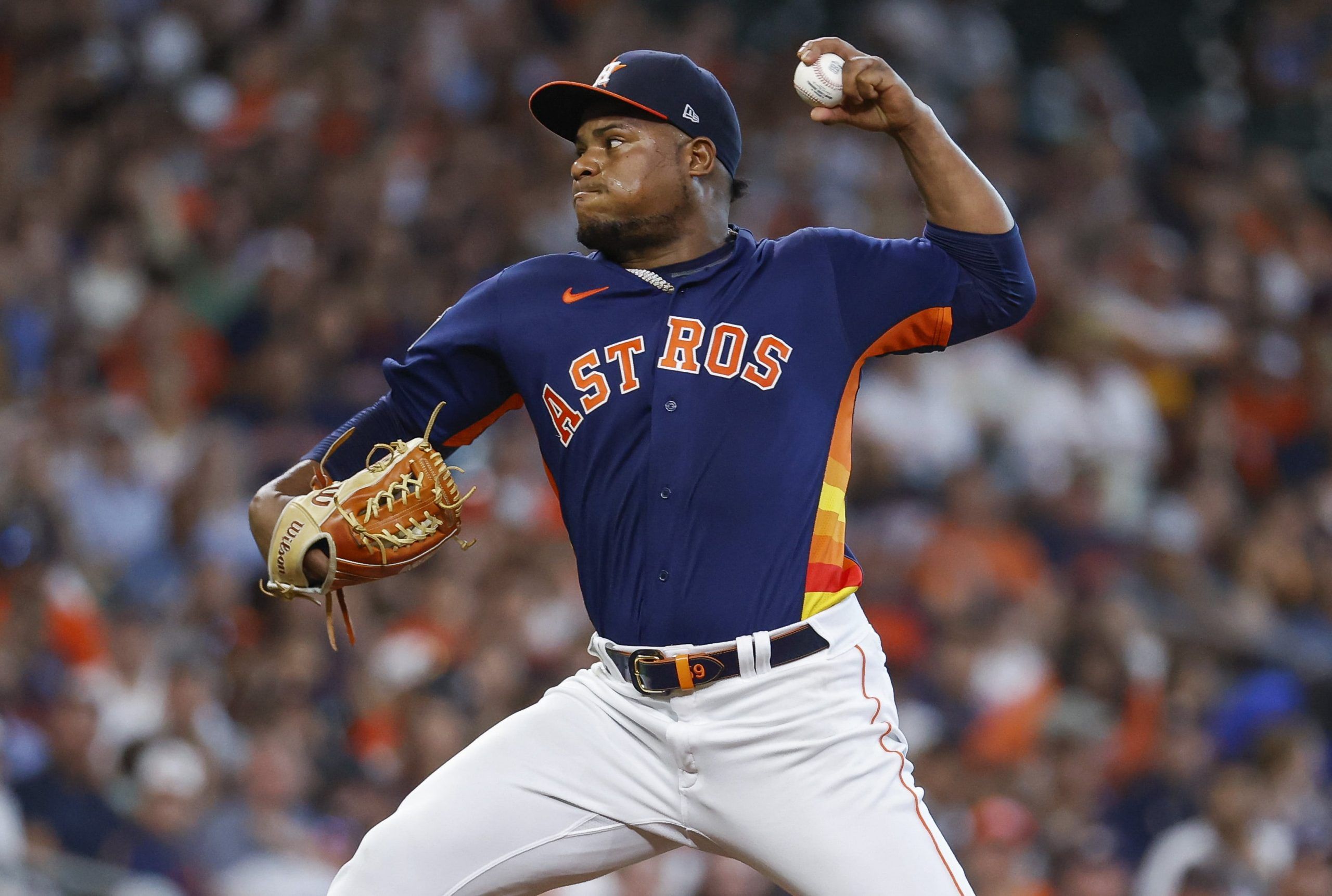 For the last 14 months I have shared my sports betting tips and plays on my Twitter page @shou_in. I am incredibly thankful for the platform Pickswise has now allowed me. I update my record in my Twitter bio daily and am more than willing to answer any questions or provide help through direct messaging.

Check out our MLB picks, where we provide bets on the side and total of EVERY game

Odds available at DraftKings Sportsbook at time of publishing. Playable to -120.

Framber Valdez is one of my favorite pitchers in MLB. The Astros left-hander has compiled a 10-4 record with a 2.87 ERA and 1.15 WHIP this season. His advanced stats are supportive of this success as the 28-year-old has a 74th percentile xERA. His 37th percentile walk rate is always the main concern with him, but he does a tremendous job getting out of jams. Valdez has a ground-ball rate that sits 23.6% higher than league average thanks to his sinker, changeup and curveball that each have vertical movement in the zone 3.3-6.9 inches more than average. Framber doesn’t get hit often with his 63rd percentile xBA, and when he does get hit it isn’t hard. He ranks 89th percentile in both xSLG and barrel rate, and as a result, has only allowed 7 home runs in 135 IP this year.

When batters chase on pitches out of the zone against Valdez, they connect 8.2% less than average. The Rangers have the league’s lowest chase contact rate. Overall, they have the league’s second-highest whiff rate which has resulted in a 28.5% K% against left-handers in the last 30 days. In that same time span against left-handed pitching, Texas ranks 23rd in AVG, 18th in SLG, 20th in wOBA, and have a wRC+ of only 94. The last 4 left-handed starters to face Texas have been Reid Detmers, Patrick Sandoval, Marco Gonzales and Cole Irvin. All are solid rotational pieces for their clubs, but none are as good as Framber. Those 4 pitchers have combined for 26.2 IP with a 0.79 WHIP, 31 strikeouts and 6 earned runs allowed.

Valdez is better on the road statistically this season, but the sample size has been smaller with 36.1 fewer IP at home. Last year his road/home splits were much closer to even. Even with worse home splits, he has still registered 7 consecutive quality starts at home. Valdez is a quality start machine overall and has had success against this lineup already this year. In 13 IP against the Rangers this season, Valdez has allowed 1 earned run with 12 Ks and a 1.08 WHIP. He has also been great during the day with a .192 OBA and 2.84 ERA.

The Astros crush left-handed pitching with a 118 wRC+ in the last 30 days. During that span, they rank 3rd in ISO, 6th in SLG and have the 2nd lowest K%. They will see rookie Cole Ragans for his 2nd career start today. Ragans performed well with a scoreless outing across 5 IP against the White Sox, but Chicago actually hasn’t been hitting left-handers recently.

The Astros’ team total in the first 5 innings is at 2.5 with -130 juice to the over. The Rangers’ first 5 innings team total is 1.5 with -150 juice to the under. I expect Valdez to exit the game with a lead and he has the benefit of the steadier bullpen behind him. In the last 30 days, the Rangers bullpen ranks 18th in xFIP and 25th in WHIP while Houston is top 10 in both.

Odds available at FanDuel Sportsbook at time of publishing. Playable to -130.

The Miami Marlins are a team I am looking to pick on when given the opportunity. Their offense is absolutely anemic following injuries to key members of their lineup. Jazz Chisholm, Jesus Aguilar, Brian Anderson, Jacob Stallings, Jon Berti, Jorge Soler, Jesus Sanchez, Avisail Garcia, and Bryan De La Cruz are all out of today’s lineup. That type of reduction in talent has been evident on the field as Miami has failed to produce 4 or more runs in 10 straight games. When facing right-handed starters, they have failed to score 4 or more runs in 7 straight games and 22 of their last 25 games.

In the last 30 days against right-handed pitching Miami ranks 27th in AVG, 29th in OPS, 29th in ISO, 29th in wOBA, and have a wRC+ of 71. Today shouldn’t get any easier as they are catching Kyle Gibson in good form. Gibson has pitched 14 combined innings in his last 2 starts against Washington and Atlanta. In those 14 innings Gibson has a 0.64 WHIP and 3 runs allowed. His 22 ground ball outs during those games are in line with his ground ball rate that sits 2.8% higher than average. His 67th percentile barrel rate, 62nd percentile hard-hit rate, and 66th percentile BB% are a trifecta I adore as he isn’t allowing free base runners and he isn’t getting hit hard. He draws a good amount of weak contact and keeps batters off balance with his 6-pitch arsenal.

Gibson allows just a .227 OBA at home this season and the opposing team has been held under 4 runs in each of his last 5 starts. Behind Gibson is a Phillies bullpen that ranks 6th in xFIP during the last 30 days as a unit. They will also have everyone available outside of Seranthony Dominguez. I had to squeeze his name in this writeup.