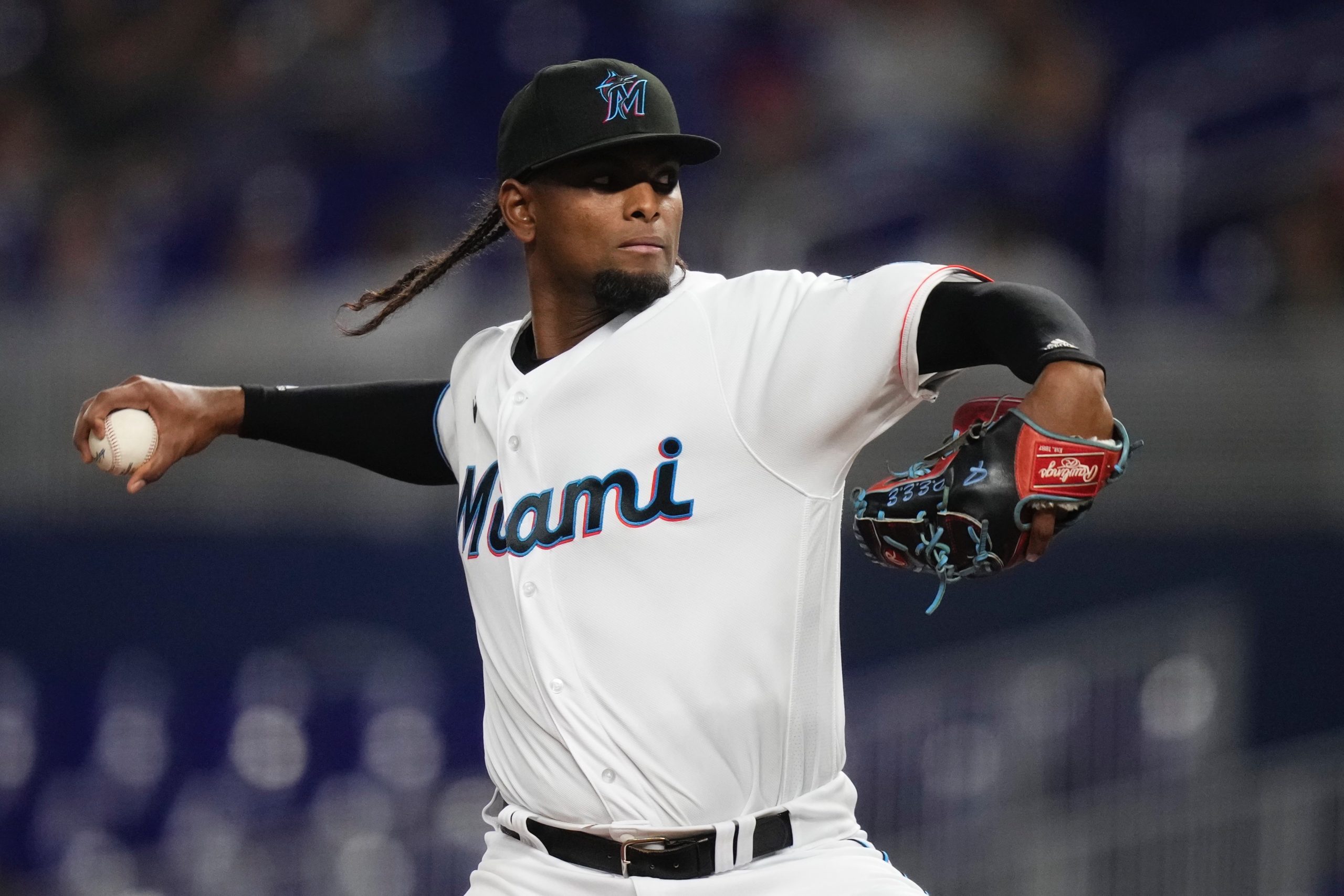 For the last 12 months I have shared my sports betting tips and plays on my Twitter page @shou_in. I am incredibly thankful for the platform Pickswise has now allowed me. I update my record in my Twitter bio daily and am more than willing to answer any questions or provide help through direct messaging. Read below to see the prop I am eyeing up on Sunday’s MLB slate.

Edward Cabrera is a prospect in the Marlins organization that shows a ton of potential. The 24-year-old righty has a physically imposing 6’5”, 217-pound frame and his stuff is filthy. The young arm deploys a 5-pitch arsenal and possesses an absolute cannon for an arm. His average fastball speed sits 97 MPH with the potential for 100 when he really gears up, and his changeup, which has been his deadliest and most used pitch, sits close behind with an average speed of 93.5 MPH. Cabrera’s offspeed pitches sit 83.5 and 86.4 MPH and provide a change of pace that keeps batters off balance.

While only 2 starts into the season, his whiff rate sits 10% higher than league average, while also having an above average chase rate. His zone contact rate is 12.2% lower than league average and he has done well generating ground ball outs at an above average rate. The main thing I love to see is a long leash as Cabrera has thrown 99 and 94 pitches in his first two starts, pitching 6 full innings in both games. Walks have been an issue but he isn’t allowing bats on the ball which has kept his WHIP at 0.75.

Houston averages the 5th-fewest pitches per PA in baseball, and have allowed 13 of the last 15 RHP to go at least 5 innings of work. The two misses were from pitchers who came out for the 5th inning and fell short, landing on 4.1 and 4.2 innings of work. Astros have the 7th-worst batting average and 10th worst wRC+ during those last 15 meetings vs right-handed starters.