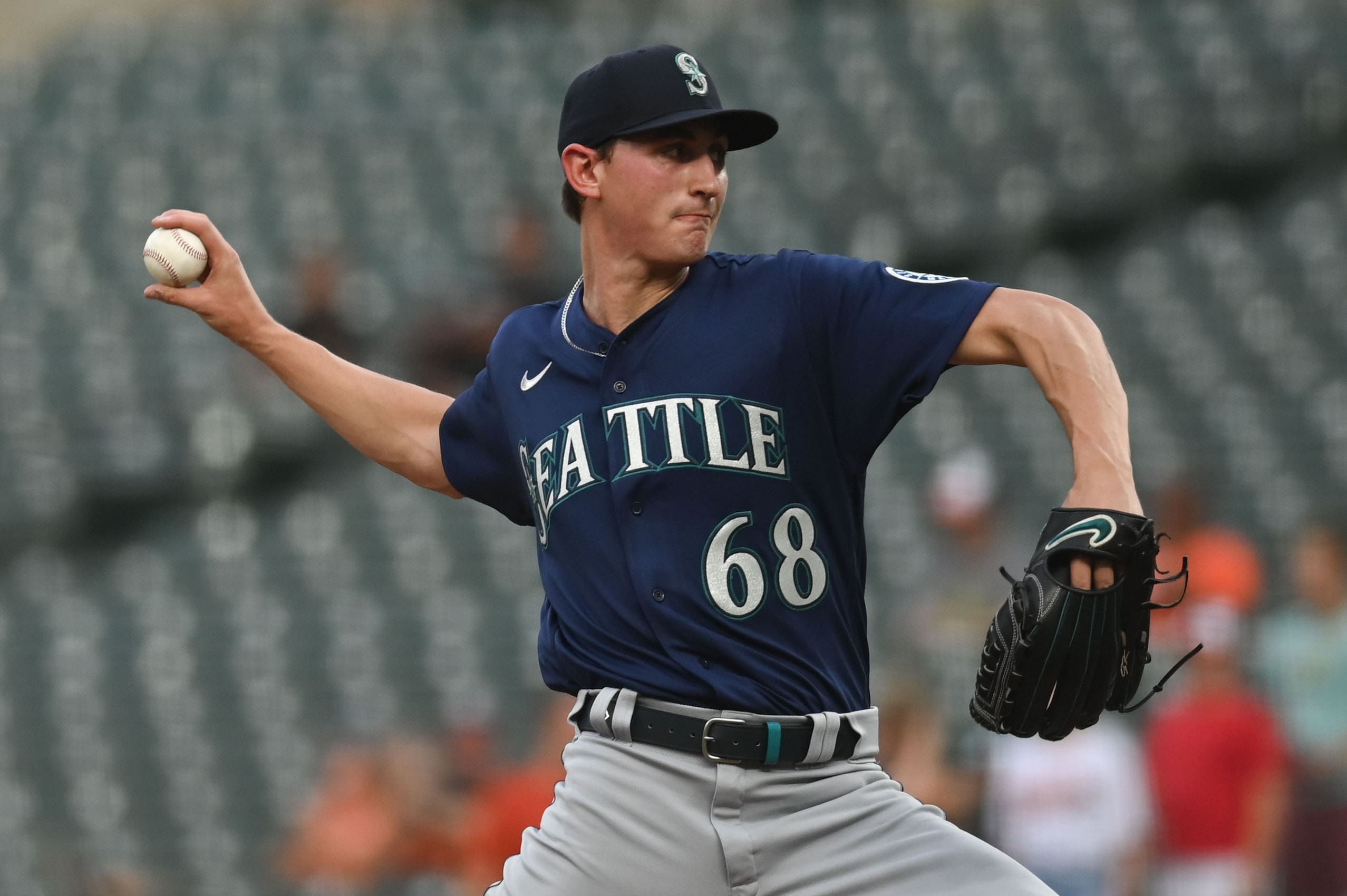 For the last 15 months, I have shared my sports betting tips and plays on my Twitter page @shou_in. I am incredibly thankful for the platform Pickswise has now allowed me. I update my record in my Twitter bio daily and am more than willing to answer any questions or provide help through direct messaging.

Read below to see the props I am eyeing up on Thursday’s MLB slate.

Get our MLB picks for all of today’s games

Odds available at DraftKings Sportsbook at time of publishing. Playable to -110.

Seattle rookie George Kirby has been a tremendous success for the Mariners this season. The 24-year-old right-hander has posted a 7-4 record with a 2.98 ERA and 1.12 WHIP, but when you dive deeper into the numbers it’s clear his success is sustainable. Kirby throws first-pitch strikes 66.3% of the time and works in the zone 6.5% more than the league average. That may lead people to think he is a pitch-to-contact pitcher but his strikeout numbers would disagree. Kirby ranks 68th percentile in K% this season as he draws swings in the zone 4.3% more than average but allows contact on those swings 1.8% less than average. He ranks in the 99th percentile in BB% and his efficiency is extremely notable. In Kirby’s last 64.2 IP (spanning 12 starts) he has recorded a strikeout every 12.73 pitches thrown with 74 total strikeouts in that span. This includes covering this line in 8 of his last 9 starts.

Kirby has been elite both on the road and during the day this season. When on the road he has a 2.88 ERA and .238 OBA with only 4 home runs allowed in 56.1 IP. During the day he has a 2.22 ERA and .238 OBA with 3 walks issued in 44.2 IP. He now draws an Oakland offense in a pitcher-friendly ballpark on the road during the day. Oakland has performed slightly better as of late with a high line-drive rate and knocking Luis Castillo out of the game in the 5th inning. That being said, Kirby allows line drives 5% less than league average and has had success against Oakland already this year. He was roughed up in their first matchup but still recorded 9 strikeouts. His next 2 starts against them resulted in 15 strikeouts across 13 innings of 1-run ball. In the last 30 days against right-handed pitching Oakland ranks 27th in wOBA, 28th in OPS and 25th in ISO. They also have the 5th highest K% against those right-handers at 26.4%.

Seattle has the advantage in terms of starting pitching with Kirby facing off against Adrian Martinez. Martinez has struggled so far in the majors with a 1st percentile xERA and ranking in the 2nd percentile in xBA and xSLG with a 6th percentile barrel rate. He isn’t making batters miss and Seattle’s lineup has a ton of power despite being inconsistent at times. In the last month the Mariners rank middle of the pack in most metrics except they are 1st in ISO, 2nd in FB%, and 2nd in HR/FB%. I prefer the Seattle lineup in this spot and their bullpen is far superior to Oakland’s. The Mariners rank 7th in xFIP and WHIP in the last month as a bullpen while Oakland ranks 25th in xFIP and 26th in WHIP during that time. Seattle is 22-7 as a road favorite this season and 14-8 when Kirby starts and I am looking for that to continue this afternoon.