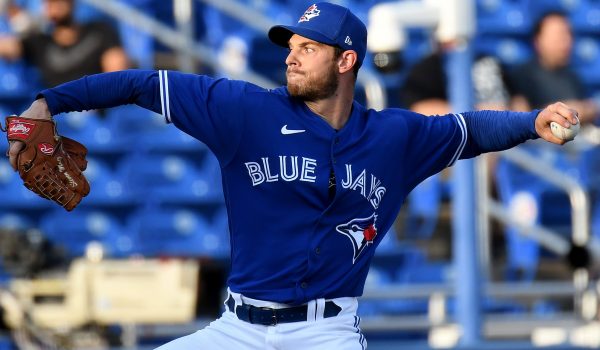 Cruz is in for a treat of a game today, hitting in the three-hole against RHP Jose Urena, who was one of the worst starters in baseball last year. Urena posted a 5.98 xFIP in 23.1 IP, completing a sixth consecutive season without an xFIP dipping below 4.32 (his career-low in 2018). STEAMER projections indicate that he is likely to repeat such a performance this season, with an early outlook suggesting an FIP in the range of 5.22, which would qualify as one of the worst in baseball once more. On the other hand, Cruz hopes to continue his late-career resurgence in 2021, as he retakes his starting spot in the Designated Hitter role after a series off vs the Brewers (no DH in National League parks).

Cruz was able to draw three plate appearances as a pinch-hitter in that series, going 1-2 with a walk and indicating that he is rearing to go. With an extremely solid Twins lineup loaded around him, plus a bat that is a threat for a home run at any time, Cruz should be in a position to have plenty of RBI opportunities and at-bats. It would not be a surprise to see Cruz leave the yard, but in any case, he should hit with RISP all day and have the potential to score a run or two himself.

Be sure to check out our full game preview for Minnesota Twins vs. Detroit Tigers.

Seager has been beyond belief this year, crushing all pitching in his path to roar out to .667 AVG through three games. He’s collecting 2+ hits in all three of his starts, tallying 8 on the season to go alongside 4 runs, 3 RBI’s, and 4 walks. These are simply video-game numbers, and there’s no reason to think his tear should slow down against a below-average right-handed pitcher for the Athletics, Frankie Montas. Montas doesn’t have the firepower to blow anyone on the Dodgers away, and regardless of how scared the opposition may be of Seager, there will continue to be no choice but to pitch directly at him with perennial MVP candidates Mookie Betts and Cody Bellinger lurking on either side. Furthermore, many of the Dodgers starters were given days off either yesterday or the day before (including Seager, Betts, Bellinger, and Turner), meaning it’s likely the strongest product will be on the field today.

Montas posted a 5.60 ERA in 53 IP last season, and while his peripherals were a bit better with a 4.36 xFIP, he looked nothing like his 2019 breakout-year self. Furthermore, over the course of his career, Montas has continually been crushed by lefties. Against RHH, Montas has allowed a career .237 AVG and 3.61 xFIP; against LHH, these numbers spring up to .290 and 4.79. This trend should continue again today against the Dodgers, and Seager will have plenty of opportunities to either record two hits and/or drive in a few runs, along with the constant potential of scoring via a teammate’s hit.

Be sure to check out our full game preview for Los Angeles Dodgers vs. Oakland Athletics.

Matz’s outing in Texas vs the Rangers today is a perfect opportunity to take advantage of a recency bias from 2020. Although Matz posted an outwardly horrific 9.68 ERA last season, his peripherals were wildly better. He recorded an xFIP of just 4.15, suggesting extreme positive regression is likely to come this season. Additionally, STEAMER projects Matz at just a 4.42 FIP, which would place him in the middle of the pack among pitchers. Although this is likely not all that appealing on its own, pitching in the massive new Globe Life Field in Arlington adds a new dimension to his start. The lefty’s main problem was the long ball last season, so pitching in an enormous park (plus the deadened baseball) makes it extremely likely that long fly balls will stay in the yard.

Additionally, the Rangers were arguably the worst team in baseball vs LHP last season, ranking 29th in wOBA, 26th in K%, and 28th in wRC+ vs lefties. If anything, they’re likely to be even worse this season, with the off-season losses of Shin-soo Choo and Elvis Andrus deadening the heart of their lineup. Matz looked terrific in Spring Training – posting a 1.76 ERA and 15:2 K:BB ratio across 15.1 IP – and steadily worked up to 81 pitches in his final Spring start, meaning he should be ready for at least that number today. If a control pitcher like Matz is given 85 pitches in a big ballpark against a bad team, this bet has an outstanding chance to hit.

Be sure to check out our full game preview for Toronto Blue Jays vs. Texas Rangers.

Baseball is finally back in full swing. The 2021 MLB season officially kicked off almost…
View Article