Best MLB Props for May 2nd: Bet on Bundy, Giolito to Carve Through Opposing Lineups 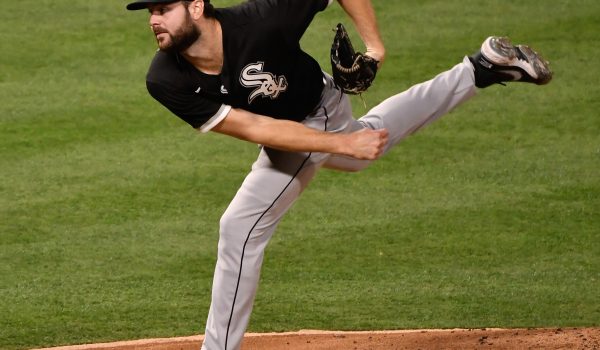 Welcome to the Sunday, May 2nd, slate of Major League Baseball! We have tons of action to choose from and plenty of great matchups, so I’m laying out two pitcher props that appeal to me above the rest. Be sure to check out the rest of our picks and predictions here.

Bundy has proven himself to be a starting pitcher workhorse this season, surpassing 17.5 outs in 4 of 5 starts, with the one miss coming in a bizarre outing where he sailed into the 6th at just 60 pitches and then literally could not record one out against a bad Rangers team, exiting at 81 pitches after several consecutive two-strike flare hits. I find that sequence extremely unlikely this time around and think that Bundy is primely set up for success against a Mariners team that ranks just below average (17th) in wRC+ vs RHP. This is especially true considering all five of Bundy’s prior starts this season come against teams in the top-10 in wRC+ vs righties, suggesting that he has battled tougher matchups and still managed to consistently succeed.

Bundy also has the advantage of a manager who is willing to leave him in even after some contact. He hasn’t given up fewer than 2 earned runs in any of his five starts – and has allowed at least 5 hits in three of them – so it’s a huge sign of support that he’s still finishing 6 innings in these games and suggests that if he has even a mediocre outing, he should still have plenty of breathing room to get to our number. The Angels are in the midst of a 15-day consecutive game stretch, so it’s very likely that Joe Madden will look for even more length than normal from his ace against a below-average squad. I like Bundy to get through 6 clean innings today. Check out our full preview for Angels – Mariners here.

Aside from one utter disaster of a start – in which Giolito didn’t make it out of the second inning vs the Red Sox – the Chicago White Sox ace has been every bit as analytically elite in 2021 as 2020. Even including his Boston start, Giolito has an xFIP of 3.20, easily near the top of qualified starters in the MLB. Although he’s run into some unexpected trouble in the sixth inning of games, he’s a guy that’s extremely likely to get there, which means if he pitches to his ability and analytics, a sixth inning knockout is less likely than his game log would suggest.

Additionally, he gets an incredibly positive matchup with the Cleveland Indians, who have been swinging paper bags all season. Cleveland ranks 24th in wRC+ and 25th in wOBA this season, as well as retaining a bottom-half K%. None of these factors are going to play particularly well against someone with Giolito’s stuff, and he demonstrated that last time out vs the Indians, recording his best start of the season (7 IP / 3 H / 0 ER / 8 K). Even if he doesn’t pitch that well again, I envision Giolito having very little trouble working up and down a lineup with essentially one threat (Jose Ramirez), who is significantly worse over his career vs RHP than LHP. Giolito looked dominant vs the Tigers until the 7th inning, and while Tony La Russa may think twice before leaving him out there that long again, the 6th is another story and should be a very reasonable plateau for the righty to exceed. Check out our full game preview for White Sox – Indians here.