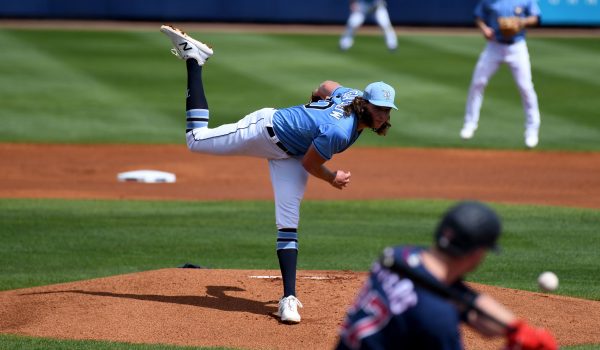 Welcome to the May 3rd MLB slate! I was ecstatic to see these two lines set for players I’ve kept an eye all season, and think books have mispriced two clear spots. Let’s get into it without any further ado.

This is about as close to a no-brainer as outs props get, and as I mentioned above, I was thrilled to see it published at 17.5 rather than 18.5. Civale, who has strongly improved his efficiency this season vs 2020 (3.71 pitches per plate appearance vs 3.85 pitches per plate appearance), is averaging nearly 20.5 outs per start and has exceeded 17.5 outs in 4/5 starts despite already facing three of the best offenses in the league. Despite the scorching hot start from the Kansas City Royals, this is realistically not a team that’s going to dominate offensively all season, and we are already seeing them begin to drop down the offensive rankings. My assessment is this is a squad that ends in the middle of a so-so AL Central, rather than near the top.

With a positive matchup, a demonstrated ability to pitch deep into games, and early indications that he’s continuing to grow as a pitcher (xERA and xFIP the lowest they’ve ever been in his career), Civale is in the perfect spot for success. Additionally, Terry Francona has really shown a proclivity to ride his starters this season, particularly Civale and ace Shane Bieber. I find it unlikely that he turns to the pen particularly early today, especially after having to use practically every high leverage reliever in the bullpen last night. Francona’s starter usage has allowed his arms to be hit around a bit without the threat of being immediately pulled, so even an ‘average’ game could see Civale cross the 17.5 outs plateau. I expect him to pitch 6 strong innings tonight and possibly into the 7th. Check out the full preview for Indians – Royals here.

I tend to prefer outs props over strikeouts props, but this seems like a case where it might be a perfect pivot to K’s. It’s important to recognize how good the Angels have been: they have the second-lowest K% against RHP in baseball, which might scare us away, but I think there’s a few notes to make here. First, they’ve faced absolutely terrible right-handed starting pitchers. Here’s a layout of their last 5 RHP opponents: Ljay Newsome, Chris Flexen, Dane Dunning, Mike Foltynewicz, and Jordan Lyles. I don’t think there’s one average pitcher in that group, much less elite. Chris Flexen wasn’t even in the MLB in 2020! A schedule loaded with games vs the Rangers, Mariners, and even Astros at this point is going to produce a lot of games vs inferior pitching, so toeing off against Glasnow is going to be an enormous step up.

From Glasnow’s perspective, 6.5 strikeouts is pretty much the lowest end of what he’ll produce. His low for the year is 6, which came in an outing shortened by at least 1 inning due to the necessity to pinch-hit strategically for him. Over his last four, Glasnow has racked up 14, 7, 10, and 10, and equally encouraging is his ability to pitch deep into games. Kevin Cash has typically been known for a quick hook, but outside of that Opening Day outlier, Glasnow has averaged 99 pitches per start and coupled that with an obscene 13.38 K/9. I expect 6 innings out of the Rays ace today, and would be very surprised to not see him exceed 6.5. We’re clearly getting a deflated line due to what books perceive as a poor matchup, but digging into more peripheral stats may suggest that those adjustments are a gift to us bettors. We’ll take it. Check out the full preview for Rays – Angels here.