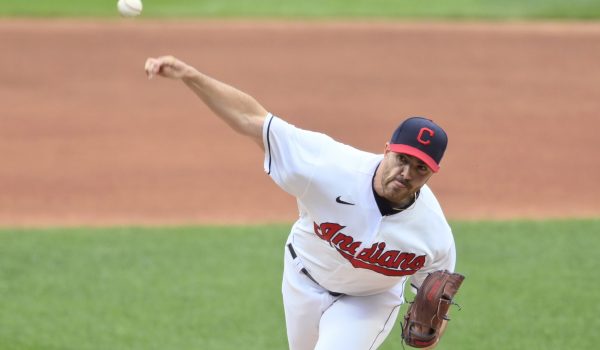 Although we don’t have quite as many games as yesterday on the slate today, there’s plenty of opportunity out on this one to focus on specific games. Here are my two favorite player props, but be sure to check out the rest of our picks on the side and total.

The New York Yankees may be ferocious on paper, but they’ve been anything but when actually showing up to the park. Despite the massive payroll and expectations, this team is a spectacularly bad 6-11 through the first few weeks of the season and rank 24th in wRC+ and 27th in wOBA vs RHP, numbers that are quite literally shocking given the depth the Yankees should have. However, with the lineup simply not clicking, we have the opportunity to grab value that wouldn’t be present against another team with similar numbers.

Civale is a master of efficiency, with a wild 14-1 mark on the over 17.5 outs line since the beginning of the 2020 season, including 3-0 in 2021. With that in mind, this number just doesn’t make sense, and doesn’t appropriately account for the circumstances of the Yankees. Maybe down the road, we pass in this spot if the bats of LeMahieu, Stanton, and Judge wake up, but I’m not even sure all three of those hitters will be in the lineup today, and even if they are, I’m not afraid of them, and neither will be Civale.

Looking at the Yankees’ recent offensive output on paper is akin to reading a jokebook: they have produced an average of 2.62 runs/game over their last 8, and within that stretch four opposing starters that for the most part are all vastly less efficient than Civale have exceeded 17.5 outs. Additionally, they’re on the back end of a home to away back-to-back and will be playing in frigid Cleveland with 15 MPH winds blowing side to side. This is a horrid spot for the Yankees offense, and a dream spot for Cleveland, as they seek an opportunity to steal a game from another American League playoff competitor. Cleveland will let Civale run today, and so should you.

Be sure to check out our full game preview for New York Yankees vs. Cleveland Indians.

Woah, a Hoffman under, you say? You may remember I previously played two consecutive Hoffman overs (one hit, one missed) at 14.5 outs – well, this total is massively different. 14.5 outs take you just through the fifth inning, a mark that every team wants to get out of their starters practically every time. Getting through the 6th is another story entirely, and generally speaking it’s rare to see a team throw a starter back on the mound to record just one or two outs before changing pitchers halfway through the inning.

Realistically, Hoffman was on the ropes as early as the third inning and was significantly aided by multiple double plays. He was also fortunate to pitch in a blowout, as the Reds were leading 7-1 after the third inning and had the intention of leaving him out there for as long as possible. I find that kind of blowout unlikely to be the case today against a pesky Arizona Diamondbacks team that’s been a nuisance for the Reds this year.

Though the DBacks have a slightly worse record than the Reds, they already beat Cincinnati in the last series (2-1) and are up 2-0 on the Reds this series. For whatever reason, Arizona just seems to swing the bat in these series, and they hit Hoffman extremely well last time out, with 6 hits, 3 walks, and 3 runs in a game that Hoffman couldn’t get through the fourth. It could’ve been even worse, too, but the DBacks made a few bad baserunning blunders that cost them outs. Hoffman has been a nice piece of the rotation, but the Reds must avoid a sweep against a team that’s consistently hitting, so I don’t think it’s likely that the leash is incredibly long.

Be sure to check out our full game preview for Arizona Diamondbacks vs. Cincinnati Reds.