HomeAnalysisNBA AnalysisBest NBA Finals player prop bets for Bucks vs. Suns Game 1: What can Jrue do for you?

Best NBA Finals player prop bets for Bucks vs. Suns Game 1: What can Jrue do for you? 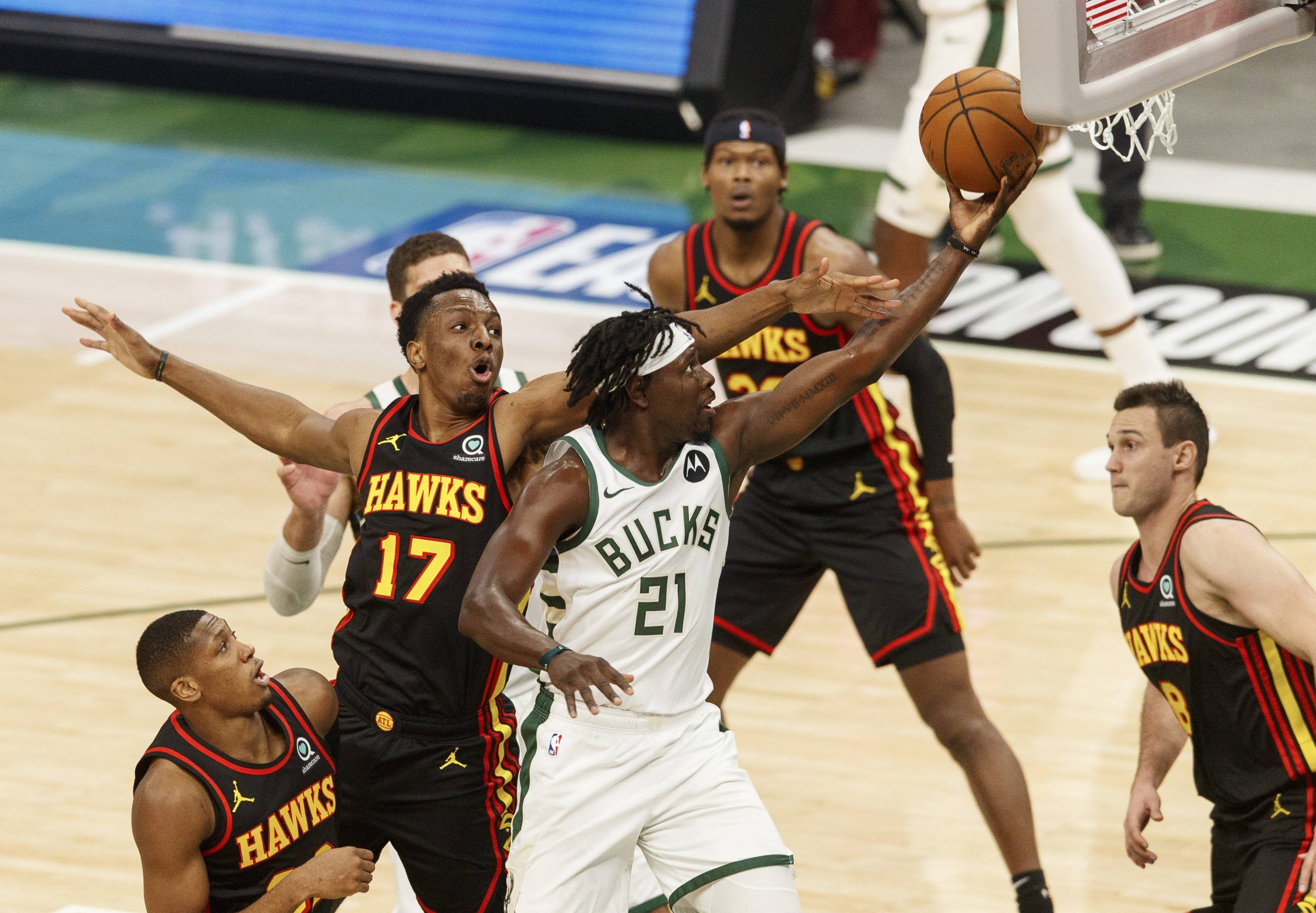 After almost two months of twists and turns, the playoffs finally settle into its seminal moment:  Game 1 of the NBA Finals. The Bucks and the Suns will meet in Phoenix tonight for the beginning of what’s sure to be an entertaining series. Before we dive into player props, make sure to consult how our analysts are picking tonight’s game if your looking to bet sides and totals.

The beginning of a series is typically a bettor’s best chance to find edges, especially when it comes to player props. With two teams that haven’t matched up in more than ten weeks, my goal is to anticipate the adjustments each coaching staff will look to implement. With that, I have one player prop from each team that I’m keying in on for Game 1.

Line available at time of publishing. Over 32.5 points + assists OK to play.

After an up and down start to his postseason, Holiday has stepped up his play significantly in the absence of his All-NBA teammate, Giannis Antetokounmpo. In the two full games without the Greek Freak last series, Holiday notched 44 and 45 points + rebounds + assists (PRA). During the regular season, the point guard averaged 37.7 PRA per 36 minutes, and accrued a 28% usage rate, with Giannis on the sidelines. That represents a bump of 6 PRA and 6% of his season averages, respectively.

While the Bucks will surely miss their MVP, his absence on the floor does improve offensive floor spacing. Milwaukee’s frontcourt of Brook Lopez, Bobby Portis, and P.J. Tucker are all viable three-point shooters. This puts the defense in the unenviable position of deciding whether to help protect the lane or stay home on the shooters. Last series, the Suns opted for the latter, which allowed Clippers point guard Reggie Jackson to operate freely in space, and score 20 points per game.

The Suns’ persistence to play one-on-one defensively and limit the open spot-up shooters should bode well for Holiday. Even if the Suns adjust, with a sky-high usage rate, Holiday should see ample opportunity as both a shooter and facilitator. And individually, Holiday has the more advantageous matchup as compared to Khris Middleton. The Suns allowed the third-fewest PRA to opposing wings (shooting guards/small forwards) this season.

Life in the NBA Finals without your best player is anything but ideal. To compensate, the Bucks are likely to lean on their other two star players. With Holiday’s minutes likely staying above the 36 minutes threshold, I have the UCLA product projected at 40 PRA tonight.

Be sure to check out our full game preview for Game 1 of Milwaukee Bucks vs. Phoenix Suns

Our second play features the only player on either team with any NBA Finals experience. The ninth-year pro is one of the league’s premier “three and D” role players. Combining the regular and postseason, 77% of Crowder’s shot attempts have come from behind the arc, and he’s made his threes at a 39% clip. He’s bucketed at least three longballs in nine of sixteen games this postseason.

The Bucks notoriously play drop coverage defensively, in order to protect the paint. This lead to their opponents shooting the third most three-point attempts against them, at the sixth-highest frequency, during the regular season. Spot-up shooters have had plenty of opportunity versus Milwaukee, and it shows with Crowder. The Marquette alum has hit at least three shots from distance in nine of his last ten matchups versus Milwaukee, over the last two seasons. Yes, this spans multiple teams, but Crowder’s primary offensive role has remained the same with each.

Even with Bobby Portis subbing in for Antetokounmpo (and likely Crowder’s individual matchup), the Bucks defensive gameplan is likely to remain the same. I see Crowder, a 43% three-point shooter in his home arena, with nine attempts from behind the arc tonight. That volume should translate into an easy win for this bet.