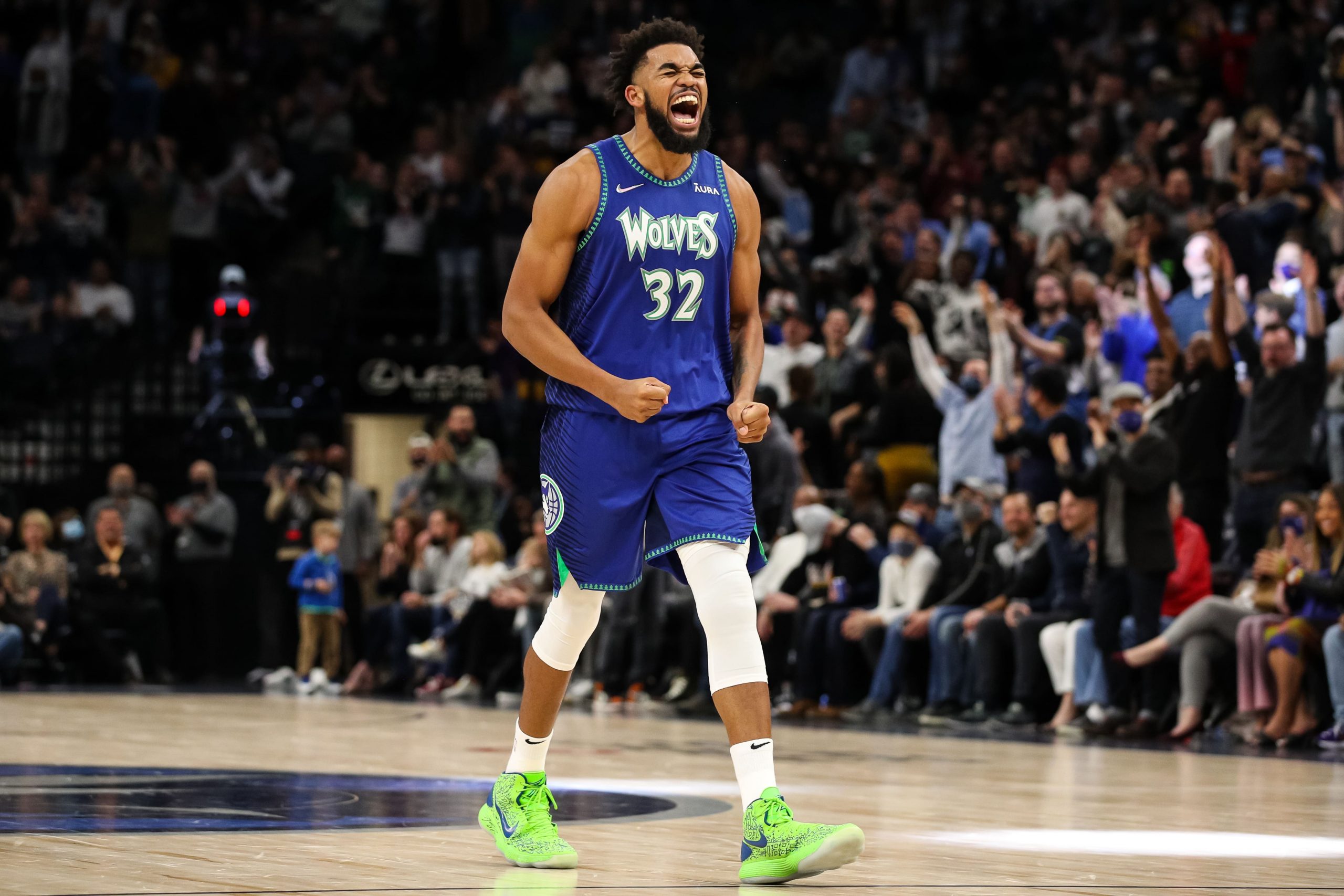 There is a 9-game NBA slate tonight with several intriguing matchups on show as always. The will be the second game between the 3rd and 4th-ranked teams in the Eastern Conference. The Miami Heat were able to win their first game against theWashington Wizards in dominant fashion and will be looking for the same outcome tonight. Meanwhile out west, the Utah Jazz will be looking to separate themselves from the middle of the pack with a win against the Sacramento Kings. As always you can find our full game previews here. Now let’s take a look at my favorite player prop picks.

Karl-Anthony Towns should have a favorable matchup tonight against a Memphis Grizzlies squad who he was able record 12 rebounds against earlier this season. The big men he is likely to be faced off against like Steven Adams and Brandon Clarke offer little in terms of floor spacing, allowing Towns to stay in and around the paint on the defensive end. Jaren Jackson Jr. does offer a greater level of shooting, but he gives up a lot of weight to Towns and is unlikely to see long spells matched up with him tonight.

Towns has managed to record double-digit boards in 6 of his last 10 games. He has averaged at least 10 rebounds every season that he has been in the league. So far this year his averaging 9.5 but is games like this that should help him get those numbers up. Look for Towns to come through with another double-double performance.

Mike Conley has managed to score 13 points or more just once in his last 4 games, but tonight he is playing one of his favored opponents. Through 2 games against Sacramento so far this season he is averaging 23.5 ppg. That included a 30-point effort in their last meeting at the start of the month. In those games he has been able to shoot 51.6% from the field and 60% from beyond the arc. He took double-digit field-goal attempts in both games, something which he has not done in any of his last 5. Look for that streak to end tonight.

The Sacramento Kings have 3 offensive guards in their rotation with none considered to be a strong on-ball defender. Couple that with the space that Rudy Gobert can create for him in pick-and-rolls, and you get a great recipe of success for Conley. He has one of the most effective floaters in the league which would help him neutralize Richaun Holmes in the paint. Overall, back the over here tonight.