HomeAnalysisNBA AnalysisBest NBA Player Props For Thursday’s Slate: Don't bank on Paul to dish it out

Best NBA Player Props For Thursday’s Slate: Don't bank on Paul to dish it out 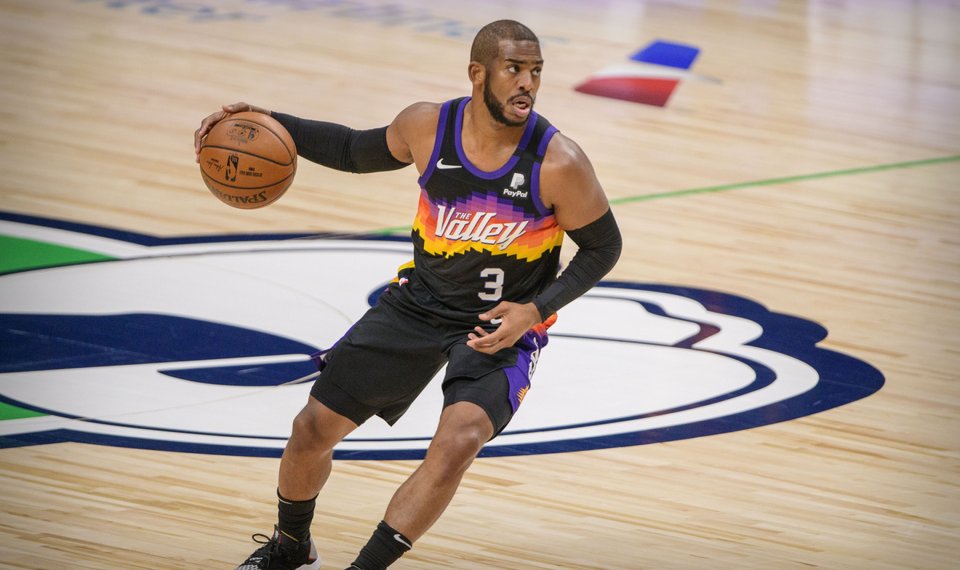 We’ve officially reached the halfway point in the NBA season. It couldn’t have come at a better time for most teams, as many players appear out of gas, which is potentially contributing to the unprecedented amount of blowouts this year. With so many mismatches and question marks, I’ll be looking at a couple of spicy unders tonight.

After going 2-2 on my last article, I’ll look to head into the break on a high note! Below, I have laid out two prop bets that I’m playing, my analysis for each bet, and why I feel they are strong plays. Make sure you also check out all of our picks on the side and total for tonight’s games.

Fading future Hall of Fame point guard Chris Paul may appear to be playing with fire, but when we dig into his numbers this year and his matchup it creates a compelling case. Paul comes in today averaging nine assists per game on the season and a solid 9.4 per game during the month of February. However, what’s buried in his game log is that he tends to struggle against teams that don’t allow assists to point guards.

Chris Paul has played eight games this season against opponents ranking in the top 10 in terms of assists allowed per game to opposing point guards. He’s gone under the 9.5 total in six of those games, while averaging 7.1 assists per game. The Warriors allow the fifth-fewest assists to point guards (checking in at only 7.45 apg allowed). Golden State has allowed only five assists per game to the opposing starting point guard in their last five games, only allowing Dennis Schroder to exceed his season average.

Another component of this game I like is the blowout potential. The Suns are 11.5-point favorites and beat the Warriors by 21 in their last matchup with Stephen Curry and Draymond Green playing. The Warriors have also been abysmal against top competition, sporting a -15.9 avg margin against teams with a .600 winning percentage or better. Chris Paul averages only 24 minutes per game in 20+ point blowout wins, and with no Curry and Draymond this is shaping up to be exactly that. We’re going to fade CP3 and I expect him to have a down day in the assist column as he winds down before participating in his 11th All-Star game.

Be sure to check out our full game preview for Golden State Warriors vs. Phoenix Suns.

Myles Turner comes into tonight’s matchup with the Nuggets in a bit of a slump. Over his past three outings he’s had nine combined rebounds and zero assists, to go along with a slight minutes decrease from his season average. In this span, he’s also only managed to grab one offensive rebound.

Turner also has a terrible matchup in the Nuggets, who allow the fewest number of rebounds and the second-fewest number of assists to centers. The main reason for this is MVP candidate Nikola Jokic, who has a phenomenal defensive rebounding rate while playing in the high post and on the perimeter for the majority of his offense. With Turner guarding Jokic throughout the majority of Turner’s minutes in their last two matchups, this should draw Turner away from the basket and out of the prime rebounding opportunities.

Looking at Turner’s last two matchups with Jokic, he combined for a meager seven rebounds and two assists in 55 minutes. With the Joker getting Turner into foul trouble — Turner fouled out of the second matchup and collected five fouls in the first — Turner saw a 42 percent decrease in his rebounding and assist numbers compared to his season averages. Expect Turner to have a rough go on the glass tonight in a game that has possible blowout potential and a brutal matchup for the talented big man.

Be sure to check out our full game preview for Denver Nuggets vs. Indiana Pacers.