HomeAnalysisNBA AnalysisBest NBA Player Props for Wednesday’s slate: All in on Gilgeous-Alexander

Best NBA Player Props for Wednesday’s slate: All in on Gilgeous-Alexander 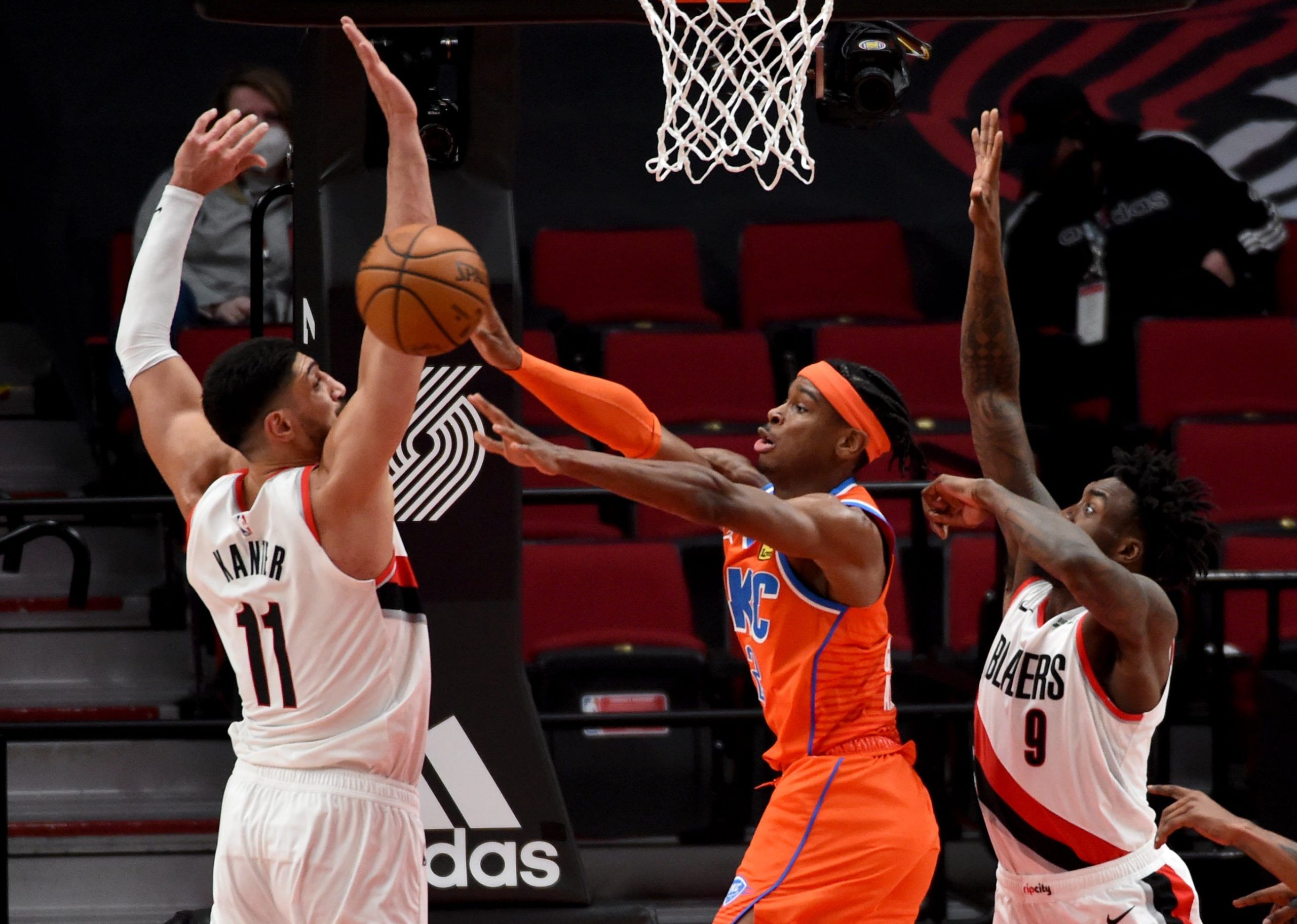 The first half of this truly unique NBA season winds down this week. Both conferences seem to be on a crash course for some jam-packed playoff races in the second half.  With every game as crucial as ever, each team will look to finish the first half on a high note. This includes all twenty teams in action tonight.  Before you place any side or totals bets on the massive slate tonight, be sure to check out our experts’ analysis on all of the games.

It’s been a great start to the season for me on the player prop front. I’m currently sitting at 116-77 (60%) this season, also looking to end the first half with a bang. For my two favorite bets tonight, I’ve focused in on two players. Both guards, but that’s where the similarities end.

Line available at publishing. Playable to over 24.5 points.

After a mass exodus of the roster this offseason, Gilgeous-Alexander remained in Oklahoma City as the shiny centerpiece of the Thunder’s rebuilding efforts. In his first season as the go-to guy, he’s averaging 23.3 points per game. He’s gained some steam as the season has rolled on, averaging 25.1 points per game over his last 15. Over that span, he scored 24+ points nine times.

SGA gets the Mavericks in this one. Dallas has struggled mightily on the defensive end this season, ranking 26th in defensive efficiency. Against all teams ranking in the bottom 10, the Thunder guard has eclipsed this line in seven of eleven games, including each of the last six. Adding to that is Dallas’ defensive deficiencies versus high volume scorers. Of the last 20 guards/wings that the Mavericks have faced, thirteen of them scored at or above their season average.

Coming off a rough game versus Denver, with a few days of extra rest, Gilgeous-Alexander is primed for a bounce-back. In each of the last four games in which the Kentucky alum scored less than 20 points, he’s followed that game by dropping at least 30. His recent ascent, the plus matchup, and the bounce-back spot — what’s not to love here?

Be sure to check out our full game preview for Oklahoma City Thunder vs. Dallas Mavericks.

Read our four-pick cross-sport parlay for the NBA, NHL, and College Basketball at +1240 odds!

Brought to the Sixers this offseason for his veteran leadership and “three and D” capabilities, Green is averaging 8.6 points per game. He’s failed to reach a double-digit point total in 21 of his 35 games. His point production is heavily reliant on the three-pointer — 73 percent of his points come from behind the arc.  In fact, only two of his fourteen games with 10+ points saw him make less than three three-pointers.

And that’s where the Jazz come into play. In a very similar Wes Matthews play last week, I highlighted how tough Utah is against the three-pointer. The Jazz allow the seventh-lowest three-point percentage and the second-fewest attempts per game. Green struggled in their first matchup (three points), and he has only reached ten points once in his last fifteen games versus Utah.

Tobias Harris is questionable, but his presence on the floor has had no impact on Green’s point production this season. Green is actually averaging half a point less per 32 minutes while playing with Harris. And with Shake Milton back in the fold, Green is likely to see fewer looks (averaging one point less with Milton on the floor, per 32 minutes).

Be sure to check out our full game preview for Utah Jazz vs. Philadelphia 76ers.