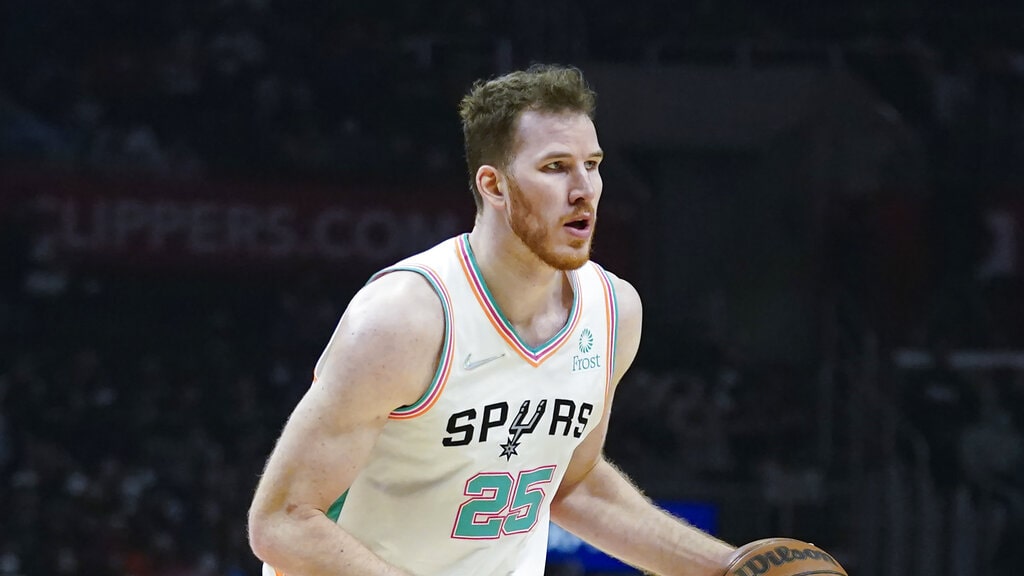 The NBA is bringing 9 more games tonight, with interesting matchups among them as always. I am keen to see the seasons surprise package the Cleveland Cavaliers, who will get to test themselves against the Utah Jazz. With Rajon Rondo being implemented into the lineup, it will be interesting if they can continue with their early success.

Don’t forget to check out our full game previews here. But for now take a look at my favorite player props below.

The Houston Rockets are 25th in the NBA in opponent offensive rebounds per game and have had issues on the glass overall all season. The latest center that will look to benefit from will be Jakob Poeltl, with the San Antonio Spurs’ center putting together a career year so far. Poeltl is averaging 8.9 rebounds per game this season and has had a strong start to 2022. In 6 games in January, he has been able to record 11 or more rebounds on 4 occasions while oming just 1 shy in another game. One of the games in which he failed was because his playing time limited due to the contest being a blowout. In the other he was against a bigger and more physical player in Joel Embiid, who can also stretch the floor. Considering the Rockets’ roster and season record, those things are unlikely to hinder him tonight.

The Rockets tend to use Christian Wood at the 5 spot, where he is slight of frame in comparison to other big men in the league. As a result, the team has given up 11 or more rebounds in recent games to Embiid, Nikola Jokic, Omer Yurtseven, and Jarred Vanderbilt. With Poeltl being 3rd in the NBA amongst players in offensive rebounds per game, he looks set to put together another strong performance on the glass.

Jaylen Brown has been incredibly impressive for the Boston Celtics to begin 2022. In January he is currently averaging close to 29 points per game along with 10 rebounds. While his scoring has not always been consistent, with those averages being helped by his 50-point outing, his rebounding has been far more predictable. The Celtics’ guard has been able to record at least 7 rebounds in 7 of his last 8 games, reaching double-digits on 5 of those occasions.

He is coming into tonight’s game having recorded 15 rebounds the last time out against this very same Indiana Pacers team. Domantas Sabonis dominated the Celtics on the glass, recording more rebounds than Robert Williams III, Al Horford, and Enes Freedom combined. It forced Brown and Jayson Tatum to drop into the paint and help the Celtics’ bigs. There is nothing to suggest the same will not be required from him tonight. The Pacers shot below 30% from deep in that game and their lack of perimeter threats should allow Brown to freely crash the boards once more.

Be sure to check out our full game preview for Boston Celtics vs Indiana Pacers.