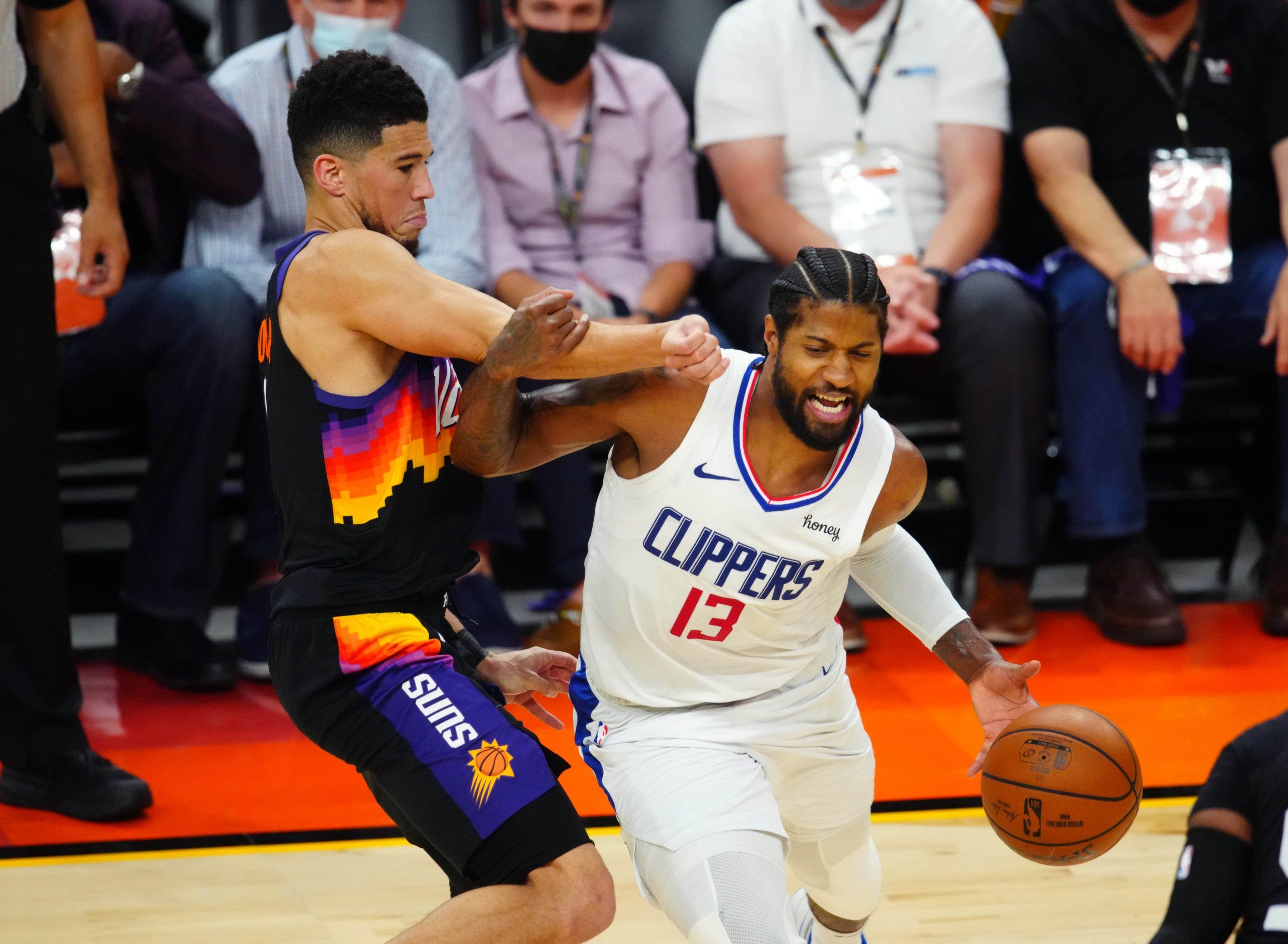 As most Lithuanians, I started watching basketball from the age of six. Im based out in London and played basketball at the University of Lincoln here in the UK. I had always had an interest in the NBA but things really took off in the summer of 2010. That year Linas Kleiza led Lithuania to 3rd place at the World Championships and signed with the Toronto Raptors to replace the departing Chris Bosh. I've been a Raptors fan from that day and I've not missed a game since. I love nothing more than a bet and tend to focus on NBA and soccer matches.
@NBAGreenMachine
Updated: 13:24 PM ET June 28, 2021

The first close-out game of the Conference Finals tips off tonight as the Phoenix Suns look to dispatch the Los Angeles Clippers at home. The Clippers have had success on the road in the playoffs this season, but they are not expecting any reinforcements tonight, which could leave them short of firepower. As always you can find our picks on the side and total for every NBA Playoffs game.

But for now, lets take a look at my favourite player prop selections for tonight’s playoff action.

With Kawhi Leonard confirmed to be out, Paul George will once again be tasked with assuming the mantle of being the Clippers’ leader here. He has done an admirable job of it so far, averaging over 27 points per game, but he has also stepped up other aspects of his game like rebounding. He is currently averaging just over 10 rebounds per game against the Suns, more than in any other playoff series he has appeared in so far this season. In the last two games, he has grabbed 31 combined rebounds, comfortably clearing double-digit boards in both.

As this series has gone on, the defenses of both sides have really started to lock in, which has resulted in the game totals dropping with each game. It resulted in the teams combining for only 164 points in Game 4 and it’s hard to see a drastic jump here, meaning there should still be plenty of misses to be collected. Ivica Zubac is the only other dominant rebounder on the Clippers roster, but with his focus staying on Deandre Ayton and keeping him off the glass, George should have plenty of opportunities to keep his rebounding streak going.

Don’t forget to see our first basket best bets for Clippers vs. Suns, including a +950 longshot!

At the best of times, Patrick Beverley has been a subpar offensive player. Now with both teams locking in defensively and play slowing down, he has struggled for points more than ever. Out of 14 postseason games in which he has appeared, he has only managed to record eight or more points on three occasions. In each of the three series so far, he has failed to average more than five points per game.

He is averaging just under five field goal attempts per game, which does not seem to be linked to his minutes too much. Game 4 against the Suns saw him play 34 minutes, the first time this postseason he played more than 30 minutes in a game, yet he only attempted four shots. In this series, more than half of his attempts have come from deep, yet he is only making a touch over 20 percent from three against the Suns. In the two previous series, he failed to crack the 20 percent mark in either. The Suns have strong perimeter defenders, and Beverley has been far too inconsistent to expect a big offensive night from him here.