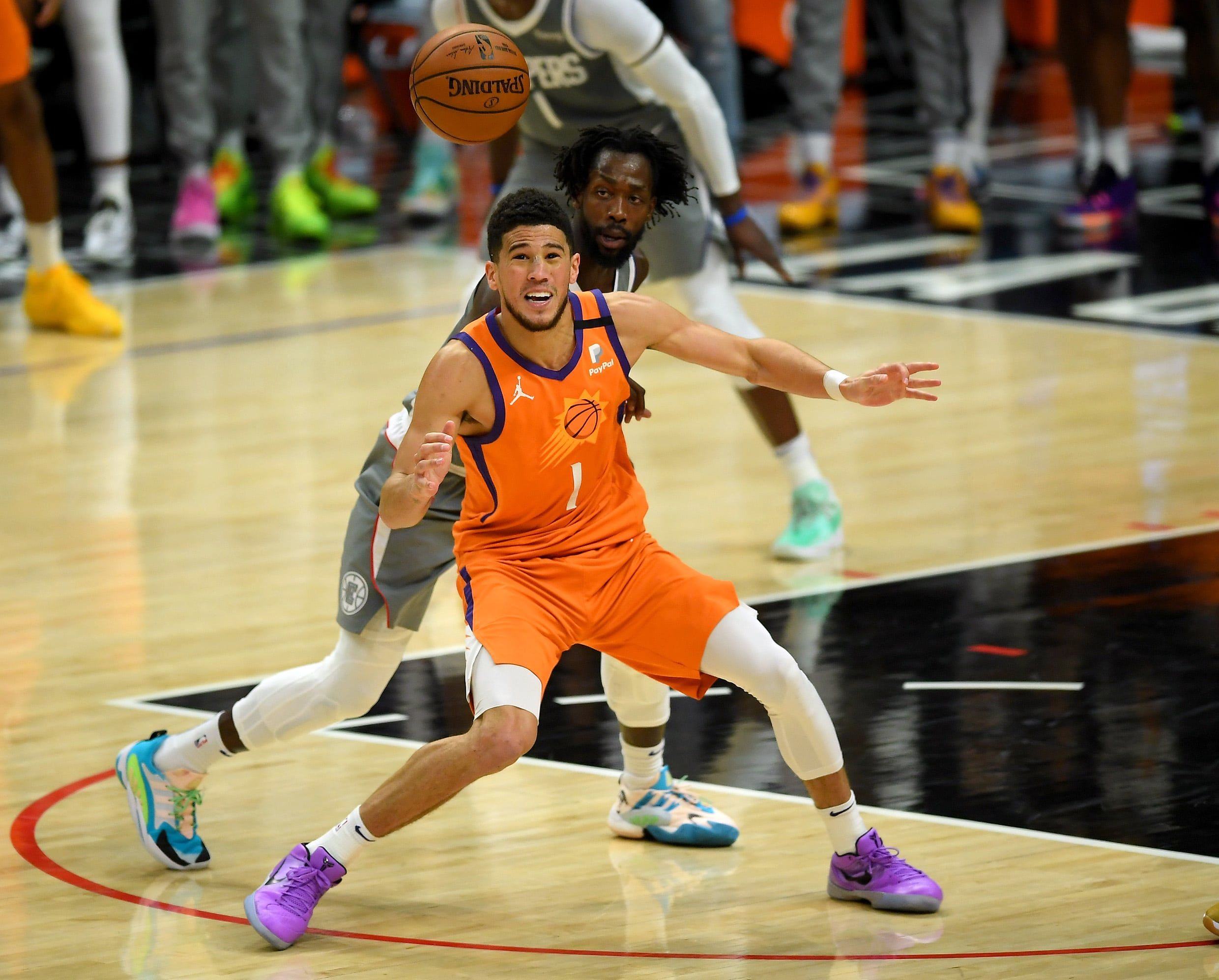 Since graduating from Davidson (The College That Stephen Curry Built), I have been writing about sports--just about any and all you can think of!--and coaching tennis in Atlanta, Ga. Beyond the four major sports, I am an avid tennis fan and cover the ATP Tour on a daily basis. If I'm not busy writing, you can generally find me on a tennis court or traveling the world wherever a sporting event takes me.
@Dimonator133
Updated: 10:22 AM ET June 28, 2021

The Phoenix Suns can punch their ticket to the NBA Finals when they host the Los Angeles Clippers in Game 5 of the Western Conference Finals on Monday. Phoenix took complete control of the series by winning an ugly Game 4 via an 84-80 decision on Saturday. Chris Paul’s return has put a charge into the Suns, while the Clippers are still without Kawhi Leonard because of a knee injury. With their best player sidelined, the visitors are considerable underdogs in this one.

It’s hard to see an undermanned Los Angeles squad coming back to advance, but anything can happen when it comes to being the first point-scorer on Monday. Let’s take a look at our best first-basket bets for Game 5.

Not only do the Suns lead the series 3-1, but they also lead it 3-1 in controlling the opening tipoff. And for the purpose of this piece, the latter 3-1 advantage is more important. Former No. 1 overall pick Deandre Ayton has taken three of the four jump balls, including two of three from Clippers center Ivica Zubac—who will surely be in the circle on Monday (Ayton also got the best of Marcus Morris on one occasion). If Phoenix does get the ball first, look for Booker to set the tone right away by producing the first points.

It’s true that the former Kentucky standout has not been able to throw the ball in the ocean over the past three games, but I think that means he will try make a quick basket on Monday. He needs to see something go through the hoop in order to build confidence. Despite his recent struggles, Booker has attempted 21 and 22 shots in the two most recent contests.

Check out our reaction to Game 3 of Bucks vs. Hawks, with Milwaukee now in the driver’s seat

Obviously, the Suns aren’t a lock to score the first points even if they gain first possession, but you do have to love Paul’s value at +950—you have to love it more than anyone on the Clippers. Although Paul is a pass-first point guard, he has forked up 19 and 22 shots in two games since returning from Covid-19 protocols (he missed Game 1 and Game 2 against the Clippers). Leonard’s absence significant depletes L.A.’s backcourt defense, so don’t be surprised if Paul takes advantage early and often.