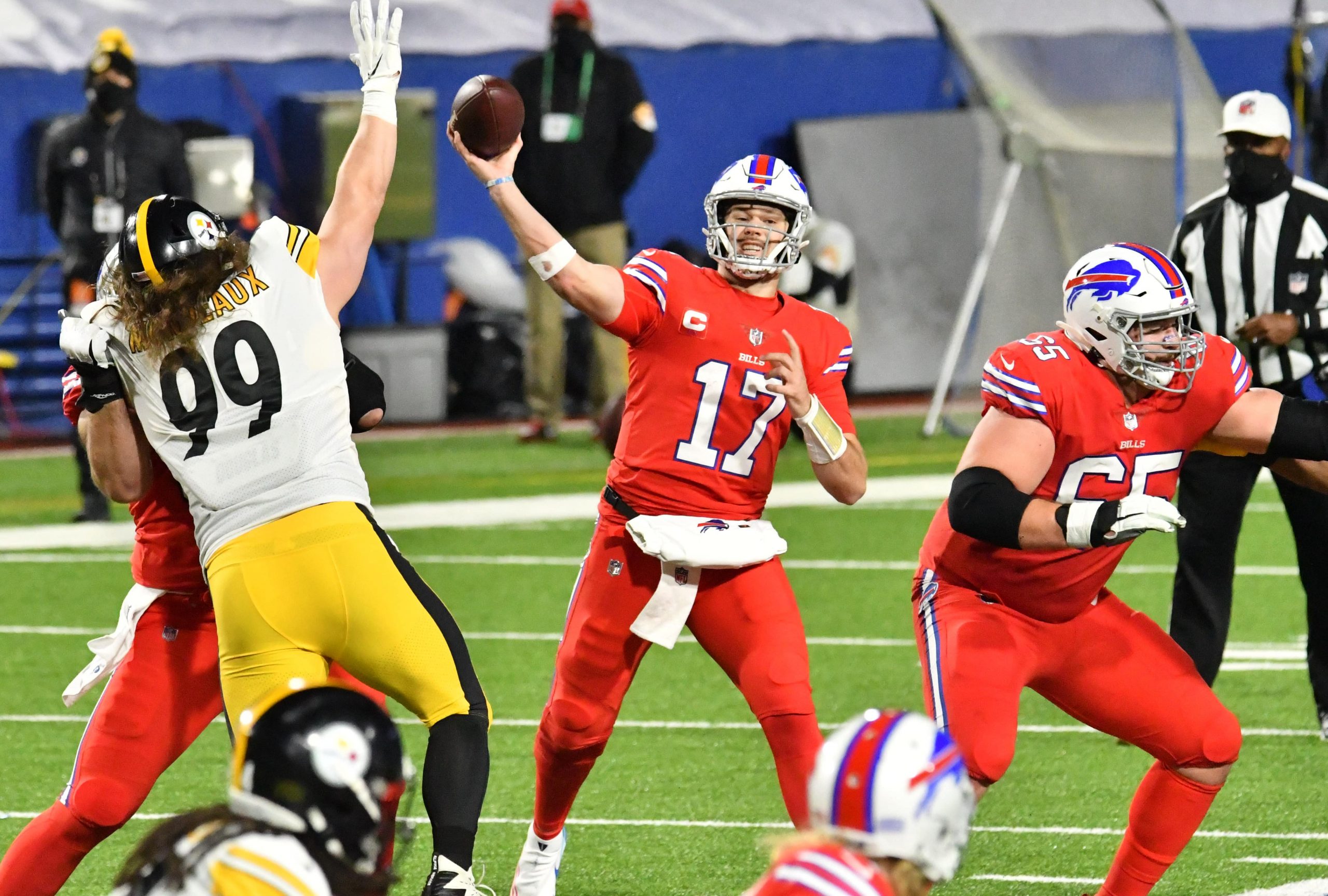 After a wild NFL regular season filled with twists and turns, we finally embark on the playoffs. With an extra wild card team added in each conference, we’re treated to six marquee matchups this weekend.

This game features the Indianapolis Colts traveling to Buffalo to take on the Bills. The home team Bills come in as 6.5-point favorites, with the second-highest game total of the weekend, over/under 51. Be sure to prepare yourself to bet sides and totals by checking out our picks and full game analysis.

For Wildcard Weekend, I’ll be picking my best player prop for each game, so be sure to check back here regularly. Looking to build on a very profitable regular season, I’m keying in on the Bills quarterback in this one.

Line available at publishing. Playable up to over 25.5.

It’s been quite the third season for the Bills quarterback. He’s set career highs across the board and vaulted himself into the fringes of the MVP discussion. Excluding Week 17 (since he was pulled at halftime), Allen is averaging 25 completions per game. He was also the fourth most accurate passer in the regular season, with a completion percentage of 69 percent.

Defensively, the Colts frequently play zone against the pass, in an effort to protect against getting beat deep. After beginning the year as one of the better pass defenses statistically, the Colts have faltered a bit as of late. In six of the last seven games, the Colts allowed opposing quarterbacks at least 26 completions, with an average of 27 over that span.

Allen was very effective versus zone defenses this season. He picked apart the likes of the 49ers and Titans, who ran similar schemes. With the Colts focused on taking away the deep ball, opposing quarterbacks settle for shorter passes. The Colts rank in the top half of the league in allowing the shortest average depth of target (eight yards) and yards per completion (10.5 yards).

The Colts’ defense stifles the run game (against both quarterbacks and running backs), allowing the second-fewest yards and yards per carry. And, after blowing a 16-0 third-quarter lead in last year’s playoffs, the Bills will not relent in their passing attack this time around. I fully expect Buffalo to keep their foot on the gas pedal in this game, even if they find themselves leading by a few touchdowns.

Yes, the Bills receivers come in a bit banged up, but I expect at least Stefon Diggs to play. Regardless, I have Allen projected at 27 completions in a game that is sure to feature plenty of offense.