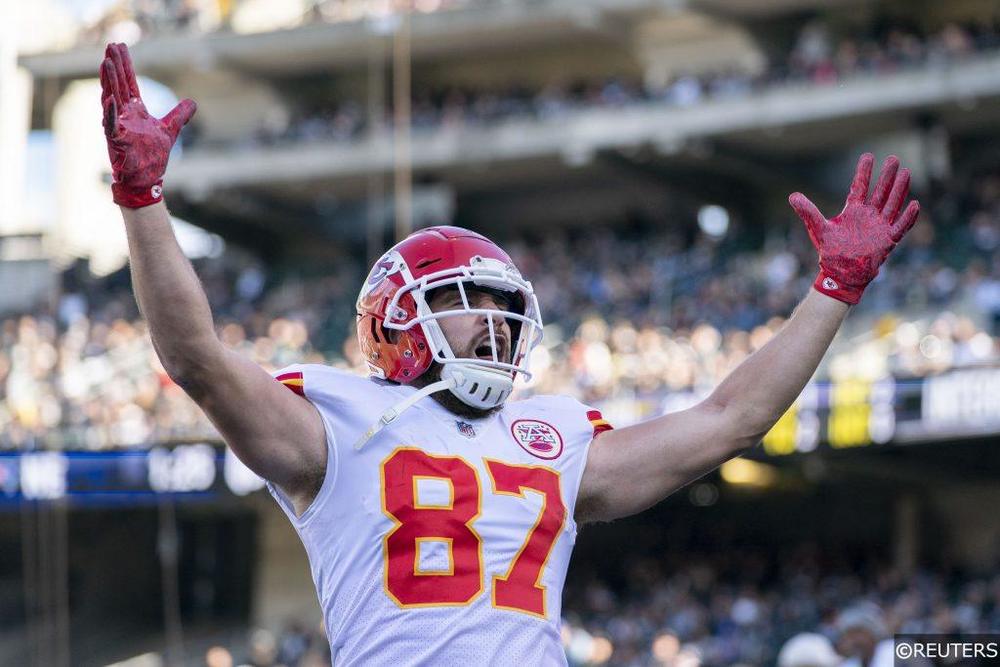 Kansas City comes in as heavy favorites in this one, with the highest game total in the playoffs thus far. Be sure to prepare yourself by checking out our full game coverage for this and every other divisional-round game this weekend.

For my player prop of the game, there were many enticing options. But, at the end of the day, I went with the chalk. I’m honing in on one of the best players in the league, doing what he does best.

Line available at publishing. Playable up to over 93.5 yards.

The Chiefs tight end had a career year, setting career highs in catches (105), yards (1,416), and touchdowns (11). Not only did his yardage rank second in the NFL, but it set the record for most by a tight end in a single season. The seventh-year pro commanded a 25 percent target share and 30 percent yard share from quarterback Patrick Mahomes, and he averaged 9.8 yards per target (17th in the NFL). He exceeded this line in eight games, including six of his last ten.

Digging into it a little deeper, it’s worth noting that added time off has noticeably bumped Kelce’s production. Including regular and postseason byes, Kelce has averaged 124 yards per game in his last five coming off a bye, eclipsing 90 yards in each instance. Chiefs coach Andy Reid is exceptional at game-planning to get his best players the ball, especially when you give him extra time to scheme.

It’s also worth noting that Chiefs receiver Sammy Watkins has been ruled out for this game. The oft-injured receiver has missed six games this season. In those missed games, Kelce averaged 98 receiving yards, as opposed to 92 in the games Watkins played.

Almost every matchup thrown Kelce’s way is an advantage for the tight end, and the Browns are no exception. Cleveland allowed the eighth-most yards to opposing tight ends this season. The team allows an average target depth of 8.7 yards, which is the eight furthest in the NFL. This suits the downfield targets Kelce typically commands (7.9 average target depth – fifth amongst tight ends).

At the end of the day, I like betting on good players in high powered offenses. In a plus matchup, with Mahomes again projected north of 300 passing yards, I have Kelce’s yardage closing in on triple digits.