Best NFL Playoffs Prop Bet for Browns vs. Steelers: Time for some Higgins? 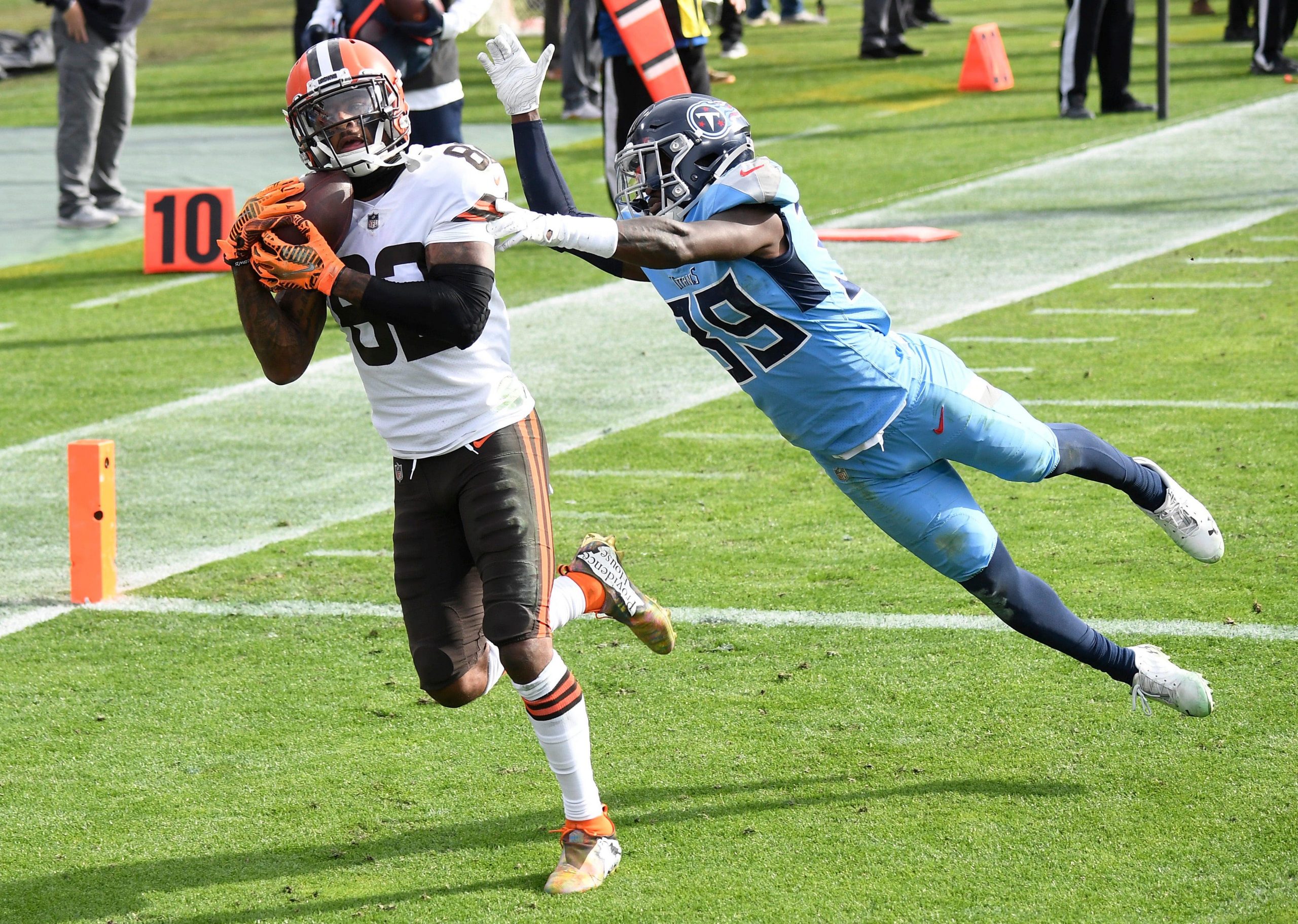 The last of six wildcard games this weekend brings us a interdivisional battle between the Cleveland Browns and Pittsburgh Steelers.  These two teams split their two regular season matchups (albeit with the Steelers resting several key players in the Browns’ victory last week).

The home team Steelers come in as favorites with a game total of over/under 47.5.  Don’t let the last game of the weekend go by without checking out our full game coverage.

On the player prop front, there were many intriguing players and matchups to chose from.  Ultimately, I decided to roll with a Browns receiver who looks to take advantage of his expanded role.

Line available at publishing. Playable up to over 45.5 yards.

Since the seaon-ending injury to star receiver Odell Beckham in Week 7, Higgins has been thrust into a starting role.  The fifth year receiver’s raw talent might not be on the same level with Beckham, but he has a tremendous rapport with Browns quarterback Baker Mayfield.  This is exemplified by Higgins’ 11.5 yards per target this year, which ranks second in the NFL.  This efficiency makes him a great target for a yardage prop bet, as he’s proven he does not need massive volume to hit this number.

In fact, Higgins has reached 43 yards in seven of the nine games after Beckham went down (with one of his misses in a game with severe winds).  Taking this one step further, with Mayfield at quarterback, Higgins has eclipsed this mark in all but one game he’s received just four targets (11 out of 12).

The Steelers do possess a strong defense.  They’ve allowed the ninth fewest yards per game to opposing wide receivers (150.5).  However, they continue to be without arguably their best cover cornerback, Joe Haden, who remains on the COVID-19 restricted list.  And, as most teams look to do versus the Browns, the Steelers will be focused on stopping Cleveland’s ground attack.  Higgins line of over 42.5 yards shouldn’t be viewed as prohibilitve versus a good defense.  Pittsburgh has allowed 20 different receivers to eclipse this yardage total this season.

Since he took over as a starter, Higgins has a 18% target share of Mayfield’s passes.  The Browns quarterback’s attempts line is set to over/under 32.5, which would put Higgins at 5.75 targets.  With his robust target conversion rate, that puts Higgins’ yardage squarely in the low 60s.  Given the potential for the Browns to be in more passing situations in this game, I really like this prop to hit.