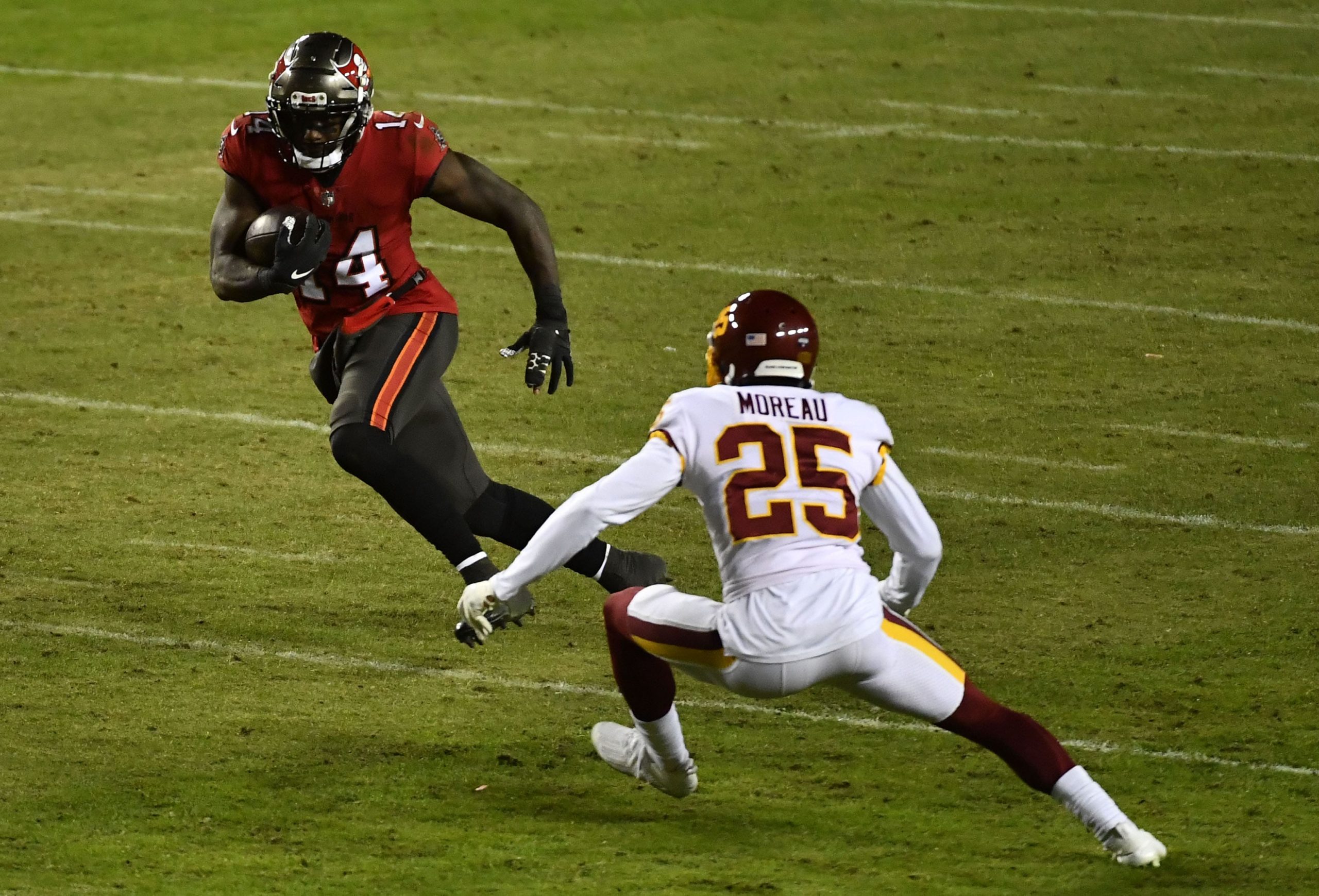 The divisional round of the NFL playoffs concludes with an NFC South clash. The division-winning New Orleans Saints host the Tampa Bay Buccaneers. Tampa will be looking to avenge the losses in both of the regular-season games between the teams.

With both squads led by Hall of Fame-bound quarterbacks looking to cement their legacy, this game is chock-full of enticing props.  However, a matchup involving one of the Bucs stud wide receivers really caught my eye.

Line available at publishing. Playable up to over 68.5 receiving yards.

The fourth-year receiver had quite the interesting game last week in Tampa’s win versus Washington.  On one hand, he registered five catches for 79 yards and a touchdown. However, the normally sure-handed receiver committed five drops. To put that in perspective, Godwin had dropped six passes in his entire 58-game career before last week. Given Godwin’s pedigree, I see that game as an aberration, as opposed to the beginning of a trend.

In the regular season, the Bucs receiver accumulated 840 yards in 12 games and hit the over on this number seven times. In Tampa’s high-powered offense, Godwin averaged ten yards per target. This not only led the team, but was 11th in the NFL amongst receivers. He’s developed a nice rapport with Tom Brady, accumulating a 22 percent catch share and 24 percent yard share.

The Saints present a favorable matchup for Brady to focus in on Godwin.  Cornerbacks Marshon Lattimore and Janoris Jenkins will be locked in versus Tampa’s primary receivers on the outside, Mike Evans and Antonio Brown. Godwin, who runs two-thirds of his routes from the slot, will be lined up versus Saints cornerback, Chauncey Gardner-Johnson. Gardner-Johnson allowed the eighth-most catches from the slot this season, and the Saints as a team allowed the eleventh highest percentage of slot receptions.

Additionally, the Saints do allow opposing quarterbacks an average of nine yards of depth per target – the fourth furthest in the NFL. Already possessing a dominant run defense, I expect the already pass-happy Bucs to let Brady air the ball out.

Brady’s pass attempts line is set at over/under 39.5. For the sake of conservatism, we’ll take it down to his per-game average of 38.  This would put Godwin at 7.6 targets.  Just using the receiver’s raw numbers, this would project him to 76 yards.  However, taking into account the matchup, I have Godwin’s yardage projected in the low 80s.