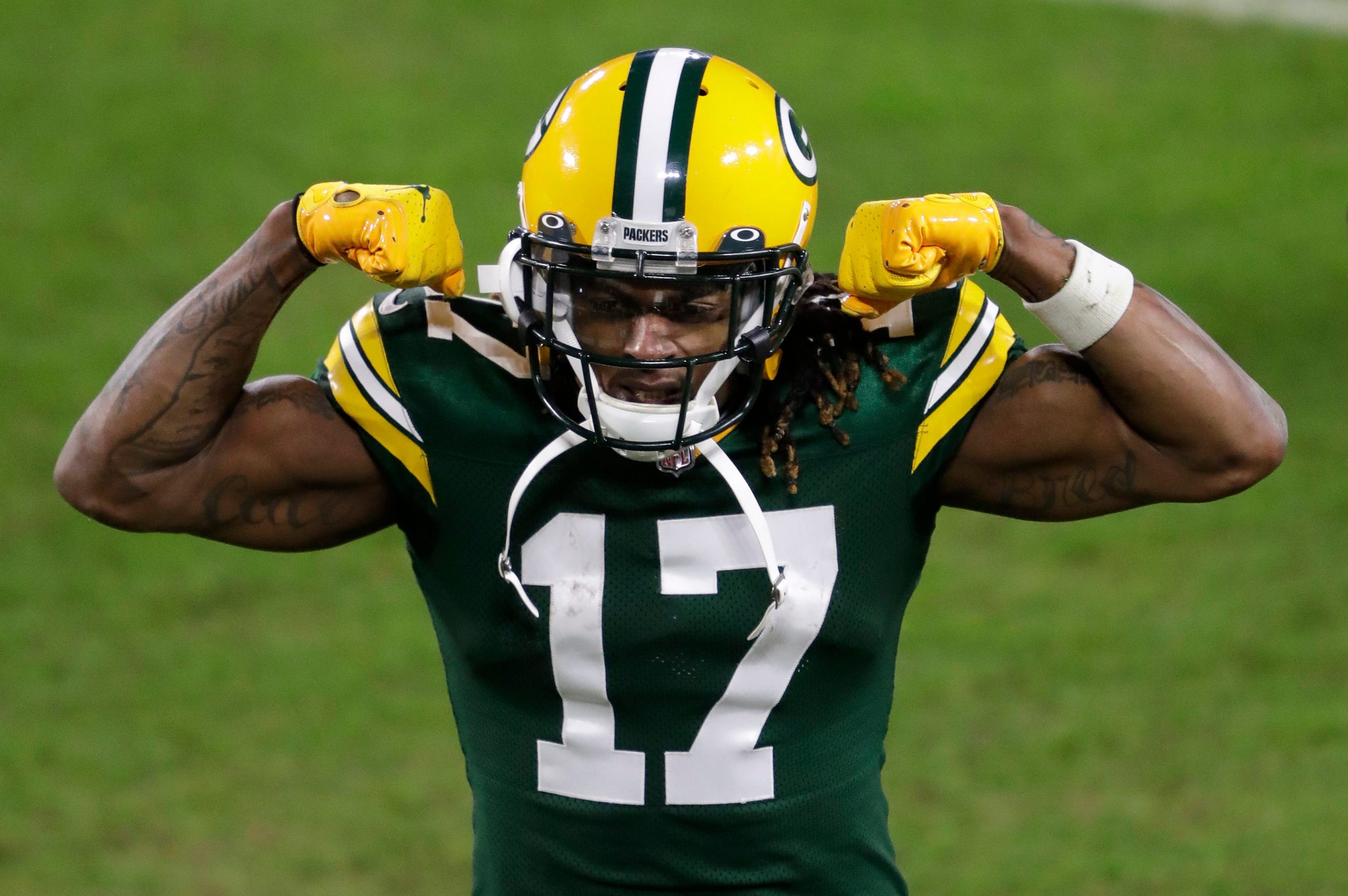 Conference Championship Sunday brings us the final day on the NFL calendar where we’re treated to multiple games. On the NFC side, the Tampa Buccaneers travel to snowy Green Bay to take on the Packers. Despite dropping their regular-season matchup, the Packers come into this one as the favorite.

Before placing your bets, be sure to check out our full game coverage for both matchups on this Championship Sunday.

To get to the Super Bowl, teams will rely on the players that drove their success over the regular season.  For my player prop pick of the game, I’m looking squarely at the Packers’ number one receiver to deliver yet another memorable performance. And, be sure to check out my bonus prop below as well.

Line available at publishing. Playable up to -130.

Coming off one of the better single-season performances in NFL history for a receiver, Adams is again primed for a big game versus the Bucs. Including last week’s playoff win, the Packers receiver has caught 124 passes in 15 games. He’s amassed a 32 percent target share and 35 percent catch share from quarterback Aaron Rodgers, both leading the NFL. His rapport with Rodgers is off the charts.

Last week, we saw firsthand how the Packers are able to get creative with Adams’s pre-snap positioning and route running. Matched up against All-Pro Rams cornerback Jalen Ramsey, Adams caught nine passes on ten targets. Eight of his catches came within ten yards of the line of scrimmage, and he lined up in the slot for 20 snaps, the second most of his season.

Do the Bucs match up?

This week, Adams will go toe to toe with Bucs cornerback, Carlton Davis. Davis, whose size lends to his physicality, was able to hold Saints receiver Michael Thomas to zero catches last week. Though it’s noteworthy the Thomas was much less than 100 percent healthy, and Davis seemed to re-aggravate his groin injury late in the game. Overall, the matchup is not prohibitive. In Davis’ coverage alone, receivers have caught at least five passes in five of his last eleven games. And in general, 11 different receivers caught at least eight passes versus the Bucs this season.

The Bucs do possess an elite run defense, bolstered by the return of Vita Vea on the interior. The Bucs allowed the fewest yards per carry this season (3.6), and against them, teams threw the highest percentage of pass plays (65 percent).  If the Packers are going to move the ball down the field effectively, I see the gameplan flowing through Adams.

Rodgers’ prop lines have him implied at 25 completions on 37 attempts, which is actually below what the Bucs allow per game.  Just using Adams’s raw numbers alone gets him to eight catches.  However, at the end of the day, the Packers are going to lean on Rodgers. Dating all the way back to 2016, Rodgers has fed Adams double-digit targets in each of their five playoff games, with Adams collecting eight catches in four of them. Now as Rodgers’ unquestioned favorite receiver, I have Adams pegged at nine catches on 12 targets in this one.

Maybe not the Bucs tight end you envisioned, but Brate has quietly run more routes than Rob Gronkowski in each of the last four games. In the last five games, Brate has averaged 44 yards on 3.8 targets, and an impressive 2.36 yards per route run (second on the team). With Antonio Brown being declared out with an injury, and Packers cornerback Jaire Alexander looming in the secondary, I expect Brady to lean on his big tight end. I have Brate’s yardage projected in the mid-30s.

Check out my AFC Championship player prop bets too for an additional pick!

We’ve also come up with a same game parlay for Buccaneers vs. Packers at over 12/1!