Game Props
Patrick Mahomes Super Bowl MVP
+115
Reasoning
The Super Bowl MVP market is pretty much a case of picking the quarterback of the team who you think will lift the Lombardi trophy. Since 2000, a quarterback has won Super Bowl MVP 12 times, a wide receiver has won it 4 times and a defensive player 4 times. We all know what a special talent Patrick Mahomes is and if the Chiefs are going to be succesful against this top ranked 49ers defense Mahomes will need to make some big time plays, he looks value at plus money.
Game Props
Kendrick Bourne Anytime Touchdown Scorer
+300
Reasoning
The 49ers should have some success on the ground but they may struggle to punch it in around the goal line without Tevin Coleman, he had 7 TD's during the regular season. George Kittle would be the obvious selection but the Chiefs and the public know that so i'd rather look elsehwere for value. Deebo Samuel at +140 had six touchdowns on the season but Kendrick Bourne was just one back with five and he's double the odds at +300. Three of his five touchdowns have come over the last six games and that includes one against the Packers where they threw it just eight times. I like Bourne at those odds to find the end zone in Miami.
Game Props
Jimmy Garroppolo Under 239.5 Passing Yards
-115
Reasoning
In the past two playoff games for the 49ers, Garroppolo has totaled a measily 17 completed passes for a combined total of 208 passing yards. Against the Packers he only attempted eight passes. Kyle Shanahan does not want the ball to be in Garroppolo's hands if he can help it, he is happy handing the ball off over and over again. It's been effective for ther 49ers, we've seen them drive the length of the field only calling running plays. Expect the 49ers to run the football, control the clock and keep Mahomes off the field. The Chiefs secondary has been playing well of late, even if they do fall behind and Jimmy G is forced to air it out i'm confident it stays under the number.
Game Props
Patrick Mahomes Under 304.5 Passing Yards
-115
Reasoning
The Chiefs MVP, Patrick Mahomes has been leading the offense since taking over the team a couple of years ago. Now he is four quarters away from possibly earning his first Super Bowl victory. However, do not expect an easy path for Mahomes in the Super Bowl. The San Francisco 49ers have one of the most elite secondaries in the league, they only allowed 169.2 passing yards per game which was the best in the NFL. Mahomes will test the 49ers secondary all night, but this passing total is just too high for this prop bet. Mahomes has crossed over 304.5 passing yards only three times in the last 13 games. Take the Under here as Mahomes does not even cross the 300-yard mark on Super Bowl Sunday.
Game Props
Team To Punt First - KC Chiefs
-110
Reasoning
Even though the Chiefs have worked their way into the Super Bowl, they have started both playoff games on the wrong foot. Kansas City was down double digits to both the Houston Texans and Tennessee Titans early and expect the same type of start for the Chiefs. The 49ers have arguably the best defense in the league and will want to shutdown Mahomes early. On the other side of the ball, the 49ers have scored a touchdown on the opening drive in both of their playoff games this season. Give me the team that starts the game on fire at bigger odds, the 49ers will force the Chiefs to punt first.
Special Props
National Anthem Length - Over 119 Seconds
-130
Reasoning
Demi Lovato will be performing the National Anthem at the Super Bowl this year and she is no stranger singing at the big stage. Back in 2008, she sang the anthem at the Cowboys vs. Seahawks game. (1 minute and 53 seconds). Next, was Game 5 of the 2011 MLB World Series. (1 minute and 49 seconds). Third was in Game 4 of the 2012 MLB World Series. (1 minute and 51 seconds). Next on her list was Game 4 of the 2015 MLB World Series. (1 minute and 58 seconds). Lastly, was her performance at the Mayweather vs. McGregor fight back in 2017. (2 minutes and 11 seconds). She has been increasing ever since 2015 and now will be at the biggest football stage. This is her moment to show the world she is back and will do it with a national anthem over 119 Seconds.
Special Props
Gatorade Shower Color - Red
+1000
Reasoning
Gatorade shower tally looks like this since 2000 Water (7), Orange (5), Yellow (3), Blue (2), and no shower (4). Red hasn't featured but it may be the smart play at good odds here given both teams primary color is Red. It couldn’t be that simple, could it? Fruit punch is one of the most popular Gatorade flavours and it's red, so let's hope we see a fruit punch colored shower come Sunday night.
Special Props
Will Joe Buck Or Troy Aikman Say ‘Patriots’? - YES
-120
Reasoning
The New England Patriots might not be in the Super Bowl, but Joe Buck or Troy Aikman will somehow still mention them during the game. This is the first time since Super Bowl 50 that the Patriots will not be representing the AFC. The perfect segue to talk about the Patriots will be after an impressive Garroppolo play or touchdown. A simple "Garroppolo used to be the Patriots backup quarterback and look where he has taken the 49ers" will do the trick. I love this prop bet, take Yes for the Patriots to be spoken about on February 2.
Super Bowl Bonuses

21+. NJ/IN/WV/PA only. Bonus comprised of a first deposit bonus and a first bet match, each up to $500. Min. $5 deposit. Deposit bonus is in DK Dollars which have no cash value and must be used on DraftKings. Bonus requires 25x Play-Thru. Eligibility restrictions apply. Offer not valid for users physically located in NH. See draftkings.com/sportsbook for details 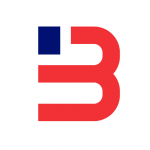 Sign up, opt in, bet and if your first settled sports wager loses, receive your bet back as a bonus up to $1,000. 21+. Playing within state of New Jersey only. T&C's apply. Please gamble responsibly. 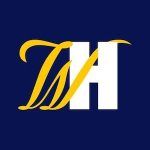 Register for a new William Hill account today and get $10 free cash + a deposit match up to $150. Claim using promo code PICKSWISE150 or use a Pickswise link by pressing the $160 red button. New NJ registrations only. 21+ only. Must be physically present in NJ to place wagers. Terms and conditions apply. Gambling problem? Call 1-800-GAMBLER or visit 800gambler.org 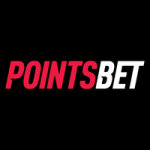 New customers who want to try PointsBet can deposit $50 and receive a free $100 bonus. New customers only. T&C's apply. Must be 21+. Gambling problem? Call 1-800-GAMBLER 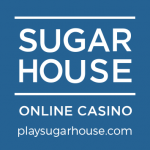 Get a 100% up to $250 first deposit match bonus when you sign up to SugarHouse today using promo code 250MATCH or use a Pickswise link by pressing the $250 red button. New customers only. Playable only in New Jersey. Must be 21+. Gambling Problem? Call 1-800-9-WITH-IT.

21+. NJ/IN/WV/PA only. Bonus comprised of a first deposit bonus and a first bet match, each up to $500. Min. $5 deposit. Deposit bonus is in DK Dollars which have no cash value and must be used on DraftKings. Bonus requires 25x Play-Thru. Eligibility restrictions apply. Offer not valid for users physically located in NH. See draftkings.com/sportsbook for details 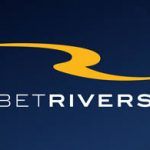 Get a 100% up to $250 first deposit match bonus when you sign up to SugarHouse today using promo code 250MATCH or use a Pickswise link by pressing the $250 red button. New customers only. Playable only in Indiana. Must be 21+. Gambling Problem? Call 1-800-9-WITH-IT.

Use signup code FREE25 when registering a new account. Instantly recieve a $25 free bet. Make a qualifying deposit within 7 days of registering and get your deposit matched 100% up to $100. Must Be 21 Years Old or Older To Enter. Playing within state of Indiana only.Terms and Conditions Apply. Please Gamble Responsibly.

Check out our list of top online sportsbooks for Super Bowl prop betting. New customers in NJ and Indiana can claim some awesome Super Bowl bonuses.

The Super Bowl 54 halftime show will be performed by Jennifer Lopez and Shakira.

There are usually between seven and nine songs performed during the Super Bowl halftime show, often conducted as a medley.

The Gatorade shower for Super Bowl 53 was blue. For your prop bet you can choose from Lime/Green/Yellow, Orange, Red, Clear/Water, Blue, and Purple.