Best NFL Playoffs Prop Bet for Rams vs. Packers: Nothing Deep for Lazard 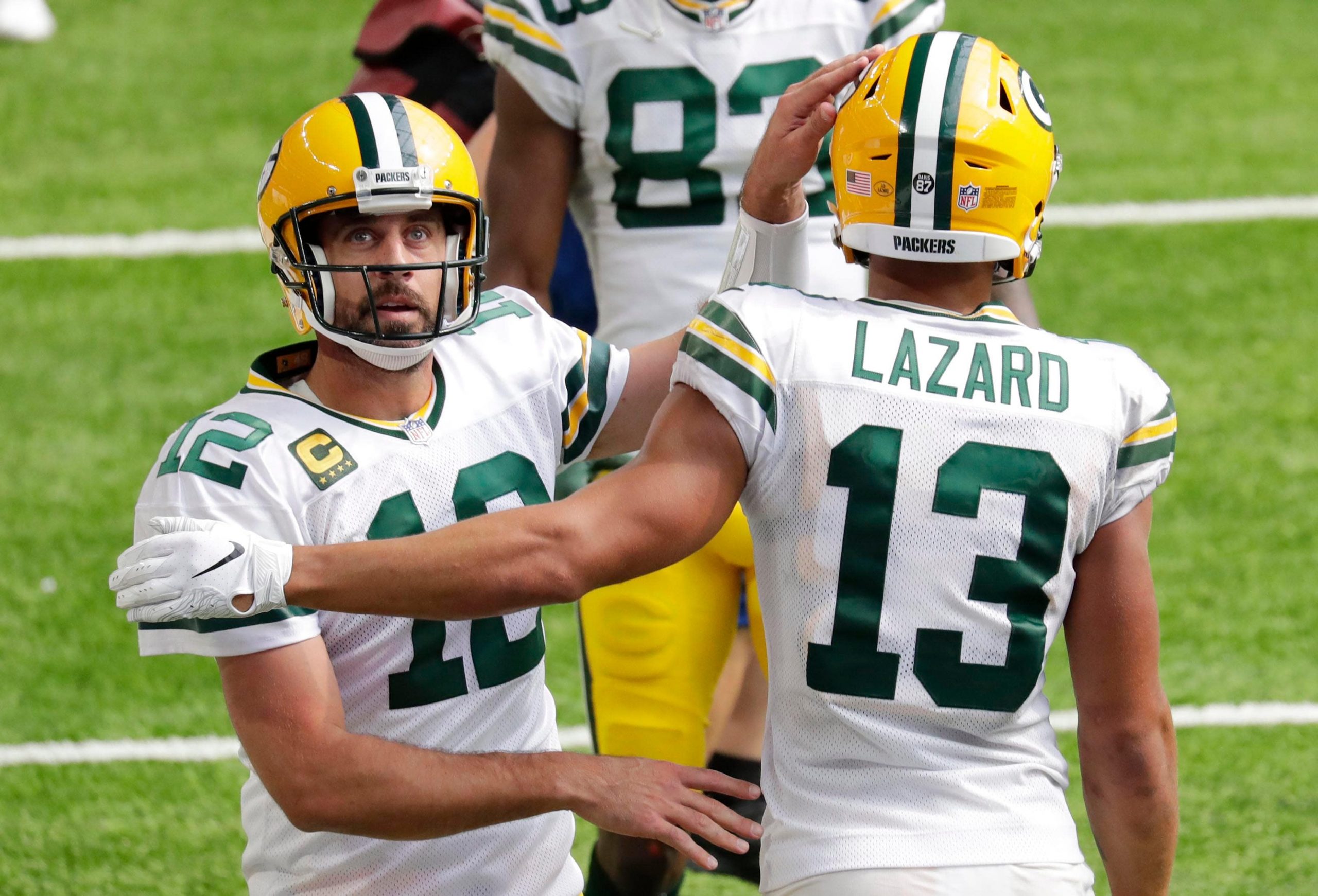 The Divisional Round of the NFL Playoffs kicks off with the NFC’s top-seeded Green Bay Packers hosting the Los Angeles Rams. Green Bay comes in rested, having a bye last week, while the Rams are fresh off their victory in Seattle versus the Seahawks. Don’t miss a beat when betting on this matchup — be sure to check out our full game coverage for this and every other divisional-round game this weekend.

When it came to my player prop for this game, I wanted to be sure I played to one of the team’s strengths. In doing so, I found value in a prop that deviates somewhat from my norm.

Line available at publishing. Playable down to under 17.5 yards.

Behind All-Pro Davante Adams, Allen Lazard has somewhat emerged as the Packers’ second receiver.  This season, the third-year pro registered 33 catches for 451 yards in ten games.  Six of his 33 catches (18 percent) went for at least 19 yards, and only seven of his 46 targets (15 percent) were at least 20 yards downfield. With there being two ways to record a long reception, let’s explore both the deep pass and catch and run options.

Since returning in Week 11 from his core muscle injury, Lazard has only seen three deep targets (at least 20 yards) out of 29 — only 10.3 percent.  This rate has him behind not only Adams (10.4 percent), but Marquez Valdes-Scantling (35.3 percent) and Equanimeous St. Brown (37.3 percent) as well. Lazard’s route tree is now focused more on shorter routes. Over the same period, he is averaging 4.9 yards of depth per reception (before any yards after the catch). This also ranks fourth amongst Green Bay’s main receivers.

Lazard doesn’t possess game-breaking speed nor is he much of a yards after catch threat. Only two of his catches this season came on short/intermediate routes that resulted in at least 19 yards. Since Week 11, his yards after catch per reception (5.0) also ranks fourth amongst Green Bay’s four main receivers.  Additionally, Lazard has failed to record a broken tackle this season.

All this being said, the matchup is the main draw. Not only are the Rams the number one pass defense in yardage allowed (183 per game), but additionally, they’ve allowed:

The Rams will do everything they can to keep the ball in front of them, in order to limit Aaron Rodgers’ effectiveness. Star cornerback Jalen Ramsey will be locked up with Adams. But the Rams’ other cornerbacks, Darious Williams and Troy Hill, have had fantastic seasons as well. It’s an all-around tough matchup for Green Bay’s passing attack.

A ‘longest reception’ prop is a bit arbitrary, as it revolves around the individual play, as opposed to the accumulation of a game’s worth of work. However, with Lazard’s role shifting to shorter routes, coupled with the tough matchup, I love the under here.