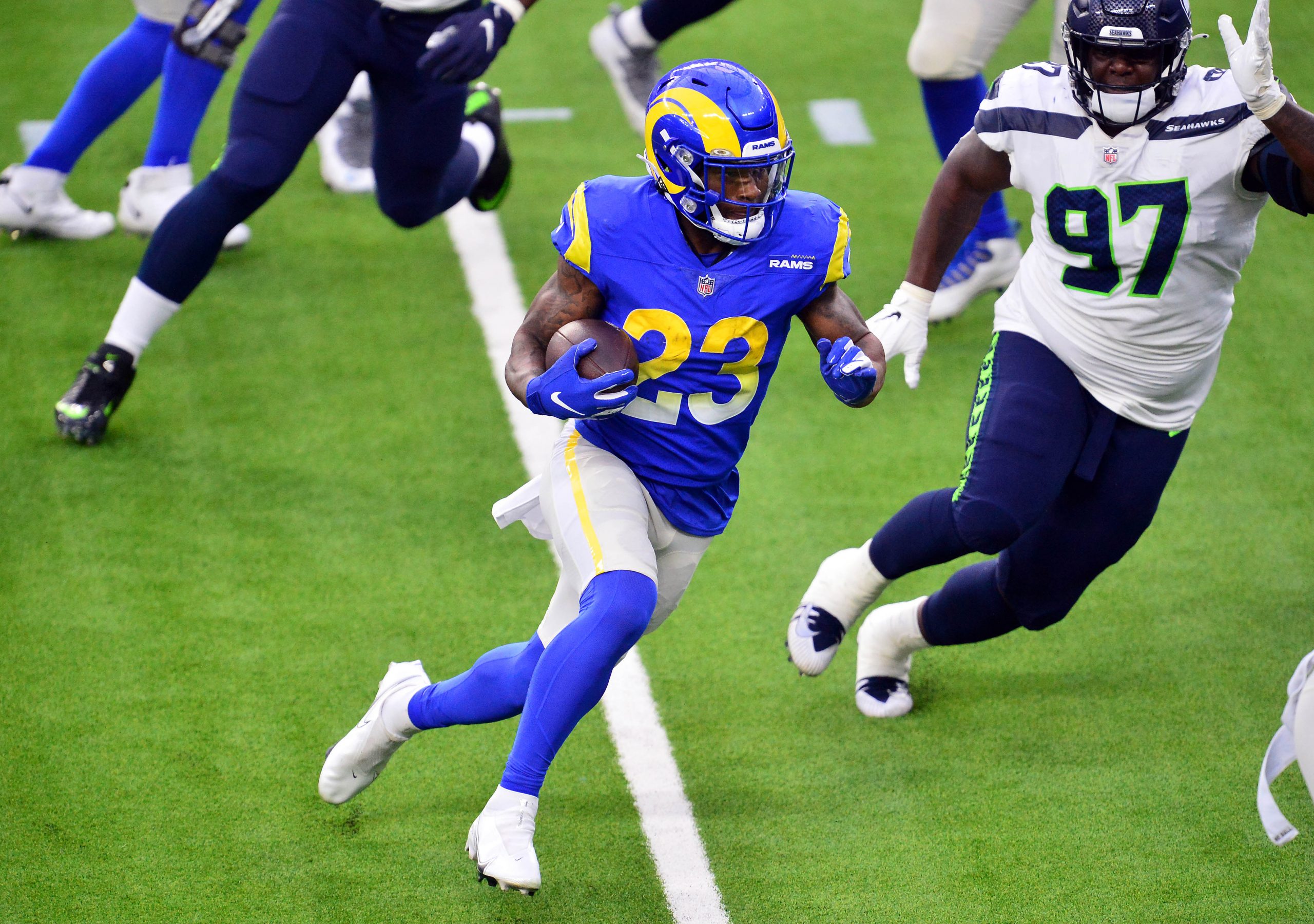 The second of three Saturday wildcard matchups features NFC West divisional foes.  The Seattle Seahawks play host to the Los Angeles Rams.  In a game clouded with some uncertainties, the home team Seahawks are three-point favorites, with a game total of over/under 42.5.  For the most up to the date picks, news and analysis, check out our full game coverage.

This game not only has the lowest total of the weekend, but also the shortest spread.  With these two teams also splitting their two regular-season meetings, I wanted to ensure I could be confident with my player prop pick through a wide variety of potential game scripts.  After going through, I landed on a matchup that plays to the strength of Seattle’s rush defense.

Line available at publishing. Playable down to under 62.5 yards.

The Rams running back had an up and down rookie season. He did emerge in Week 13 as the Rams primary ball carrier and flashed some serious potential.  However, when recounting his season, Akers stayed under this total in nine of the eleven games he played. Digging deeper into the stats, Akers only exceeded four yards per carry in five of eleven games.

The Seahawks rush defense has been stout. They’ve allowed the fifth-fewest rush yards per game (95.5), and the fourth-lowest yards per carry (3.9).  Seattle’s opponents have been more inclined to throw the ball versus the Seahawks’ much-maligned pass defense.  Seattle faced passing plays 64.8% of the time — the second-highest rate in the NFL.

Only three running backs rushed for at least 67 yards versus Seattle this season.  And, of the twelve running backs who carried the ball at least ten times in a game, only three exceeded four yards per carry.  This includes Akers’ 38-yard showing on ten carries back in Week 10.  Seattle has also only allowed 20+ yard rushes on seven occasions this season, which is less than 2 percent of total carries.

The major question with the Rams coming into this game revolves around the quarterback.  Whether starter Jared Goff is healthy enough, or Los Angeles turns to backup John Wolford again, Seattle is likely to stack the box to protect against the running game.  I don’t have the outcome of the quarterback decision moving the needle much on this play. It’s also worth noting that Akers did return from an ankle injury last weekend, only rushing for 34 yards on 21 carries. Any further ineffectiveness stemming from that injury can only help the under.

Knowing that Seattle can withstand running back volume, and protect against the long run, I like their chances to keep Akers at bay.