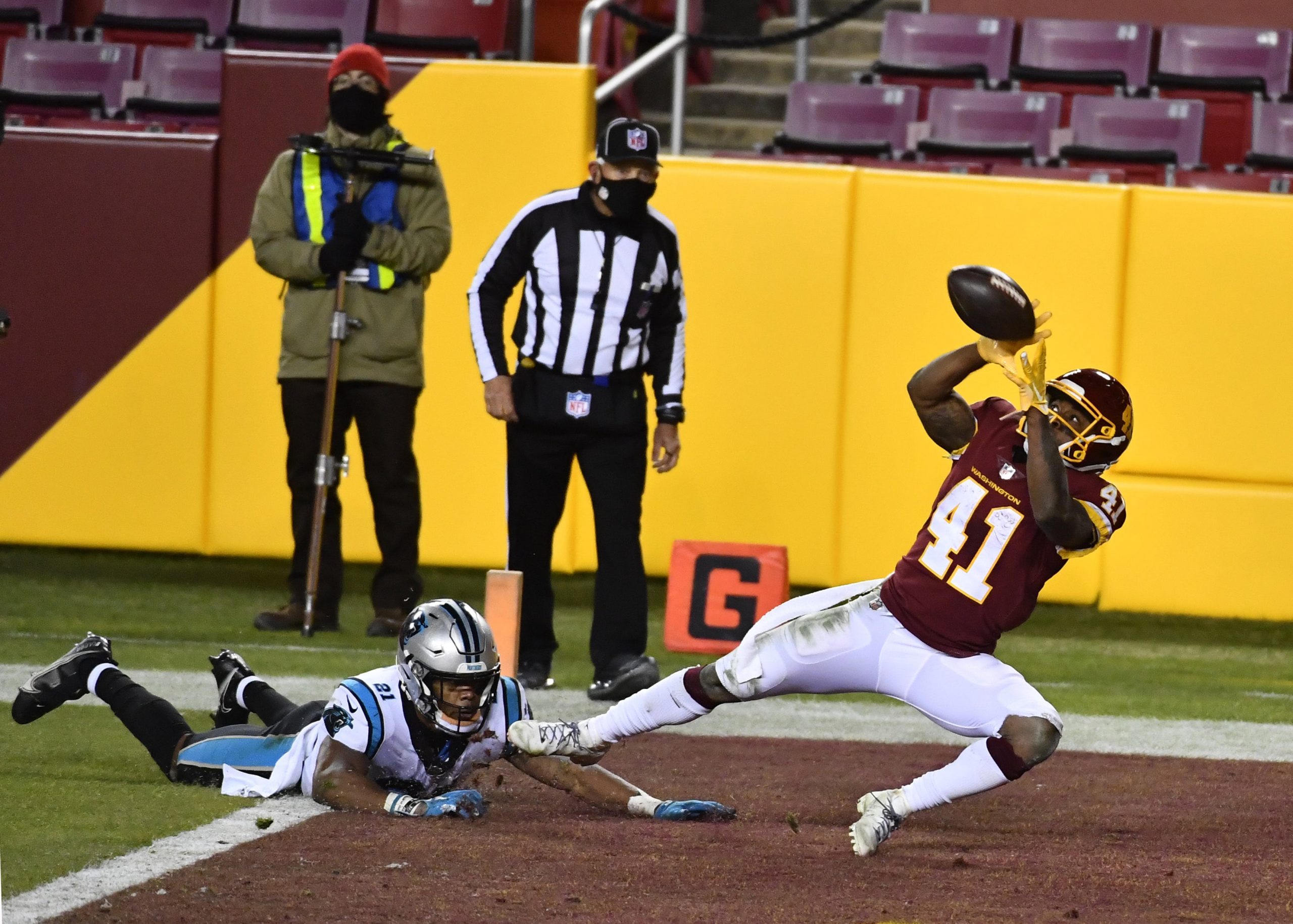 The Saturday night game on Wildcard Weekend features the Tampa Bay Buccaneers heading FedEx Field to take on the Washington Football Team.  Despite winning the NFC East and hosting the game, Washington comes in as eight point underdogs versus the high powered Bucs.

This game features contrasting styles on both sides of the ball.  Before you bet sides or totals, be sure to check out our picks and full game analysis.

Such different teams facing off always poses a challenge when evaluating player props.  However, there is one matchup I’m looking to take advantage of, involving one of Washington’s pass catching weapons.

Line available at publishing. Playable up to -145

McKissic had a very strong regular season as Washington’s pass catching running back.  He hauled in 80 catches this year, which was not only the second most on the team, but the second most in the NFL amongst running backs.  Since his snap count and usage increased in Week 3, McKissic caught at least five passes in nine of the last fourteen games.  He maintained consistent production with all four of Washington’s quarterbacks – an important note given the uncertainty surrounding Alex Smith’s injury.

What appeals to me most with this prop is the matchup.  Not only do the Buccaneers possess the stingiest rush defense in the NFL (allowing 3.6 yards per carry), but teams have stopped trying to run the ball against them.  The Bucs opponents are passing 65% of the time, which is the most in the NFL.   With Washington coming in as sizable underdogs, facing the Bucs dominant offensive attack, it’s easy to see them needing to utilize their passing game more often than not.  McKissic runs a route on 65% of his snaps – he should be in for a big workload.

Digging deeper into the matchup, while Tampa is strong versus running backs on the ground, they allowed the most receptions (101) to the position in the regular season.  24% of their opponents’ receptions were to running backs.

My inclination is that Alex Smith will play most, if not all of the snaps. However, even if backup Taylor Heinicke is thrust into action, I still feel confident with this play. I have Washington quarterbacks pegged at 38 pass attempts in this game.  With McKissic’s target share around 22% since Week 3, that would project him to at least eight targets.  By my count, McKissic should have at least six catches in this one.