HomeAnalysisNFL AnalysisBest NFL Prop Bets for Week 17: Can Murray save the Cardinals?

Best NFL Prop Bets for Week 17: Can Murray save the Cardinals? 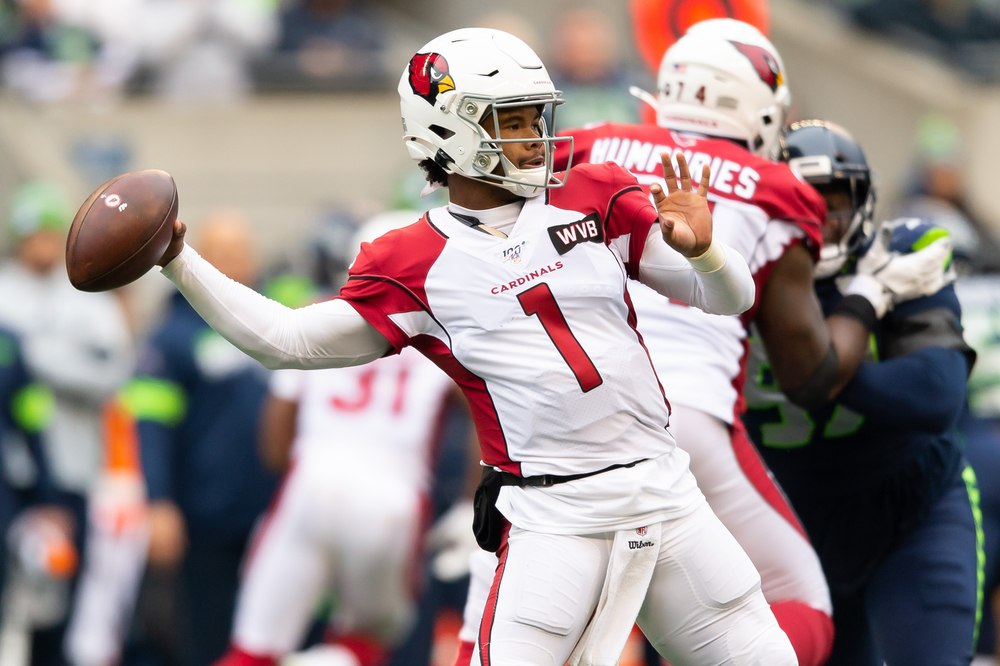 The roller coaster that has been the NFL regular season comes to an end on Sunday.  Week 17 brings us a whole lot of uncertainty, with many teams either resting their players for the playoffs, or looking forward to the long offseason. When considering Week 17 player props, it’s best to key in on players in more certain situations.  Thankfully, we do have a handful of matchups between teams looking to either solidify their playoff standing, or force their way into the postseason.

But in general, between injuries, some COVID uncertainty, and general questions of how motivated some teams will be, Sunday is sure to bring some craziness.  Make sure you stay up to date with the latest ongoings by checking out our picks and full game analysis.

With the NFL tweaking their playoff format, next week we’ll be treated to six wildcard playoff games.  Be sure to check back here as I’ll be bringing you my best player prop, with analysis, for each game.

But since NFL teams will be looking to stay focused on the regular season this week, I’m looking to follow suit. With that, here are my two best player props for Week 17.

Line available at publishing. Playable up to over 22.5

The Arizona Cardinals are one of the many teams who have a de facto elimination game this week.  Murray has a tough matchup versus the vaunted Rams defense, but I see value in his completions line.  From a raw numbers perspective, the Cardinals quarterback has hit this in 12 of his 15 games this season.  He’s led a very quick-strike offense this year, with 76 percent of his completions traveling less than ten yards in the air.  His yards per completion is 10.2, which puts the Cardinals in the bottom ten of the league.

Murray will be playing after hurting his leg late in last week’s game. He already struggled running the ball versus the Rams, never exceeding 28 yards in his three career games. The Rams in general have the second-best run defense in the NFL, allowing a staunch 3.8 yards per carry. For the Cardinals to succeed and clinch a playoff berth, I expect them to rely on their star quarterback to move the ball down the field.

Line available at publishing. Playable up to -125

The Bears have put themselves back in contention for a playoff spot after winning their last three games.  Montgomery has been a revelation as of late, accumulating over 520 rushing yards in his last five games.  However, I’m keying on his passing game usage in this one.

The Bears running back became their default workhorse after Tarik Cohen went down with an injury in Week 3.  Since then, Montgomery has had at least four receptions in only five of eleven games.  However, versus the Packers in Week 12, he had five catches on six targets.

The fact of the matter is, the Packers are a fantastic matchup for Montgomery to catch passes. Green Bay will be looking to win to lock up home-field advantage and a first-round bye. Aaron Rodgers and company will look to push tempo and put the pressure on the Bears to keep up. The Bears passing game has not been needed much versus weaker opponents in the last three weeks, but the gamescript will likely force their hand in this one.

In Bears quarterback Mitch Trubisky’s last three matchups with the Packers, his running backs have had five, nine, and 16 receptions, for a total catch share of 37 percent.  While that might be a little inflated, I do expect Trubisky to have to throw a good amount in this matchup.  I have Montgomery projected at six targets, which puts him in prime position to catch at least four passes.