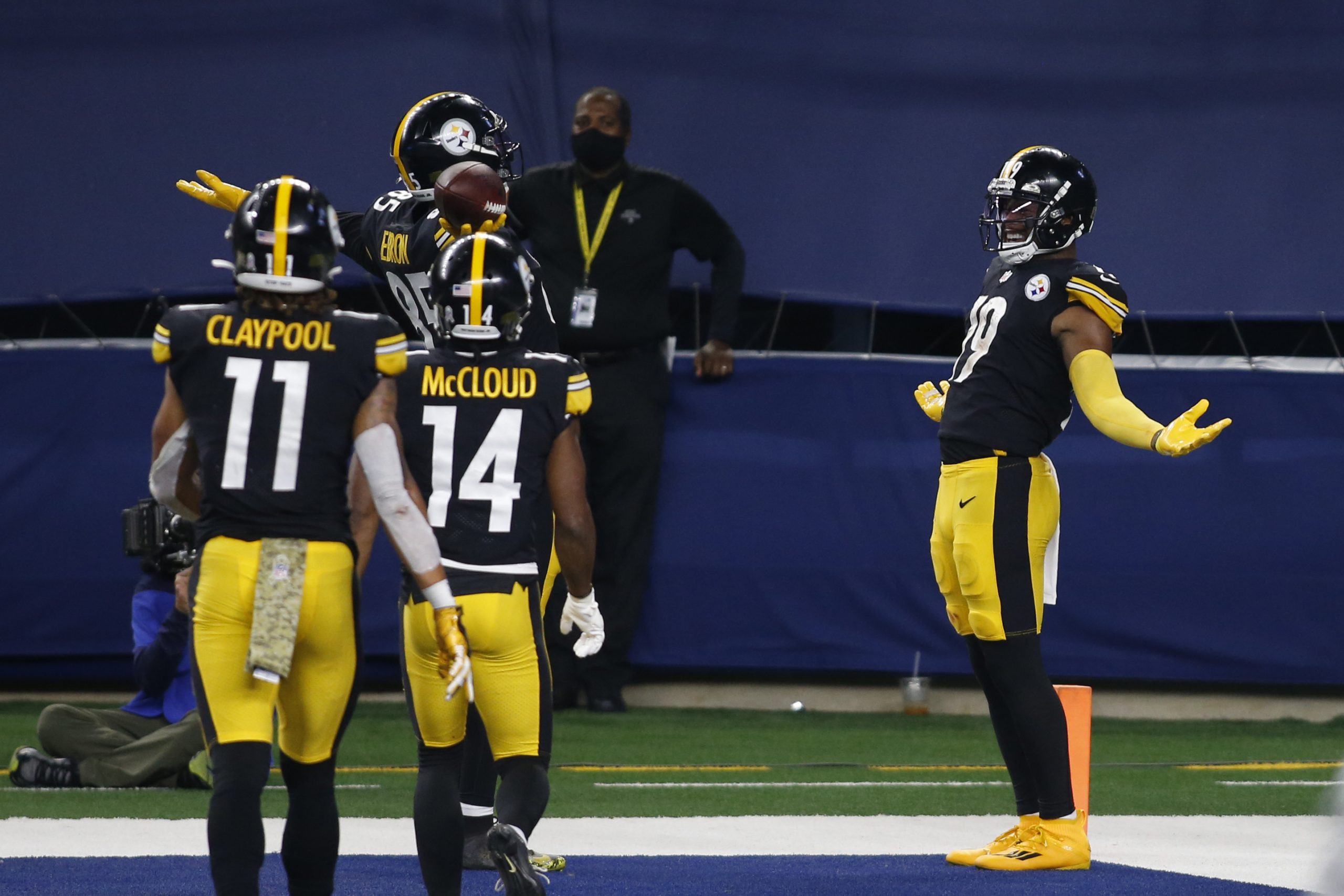 The NFL season is now halfway in the books. Nine weeks down; nine to go (it still feels weird to write that!). We have already seen plenty of streakiness throughout the league. Teams that looked good in September have faded, teams that looked uncompetitive have trended upwards, and injuries around the game–as they do every year–have changed the complexion of the league from what we initially thought it would be.

Who to pick in a Week 10 NFL survivor pool

The Steelers got away with a win on Monday night, beating the Bears on a last-minute field goal in a game they were outplayed in, certainly in the second half. But they’ve still won 4 in a row, putting their 3-game losing streak far back in the rearview mirror, and they now have the playoffs on their minds as the second half of the season begins. Don’t let the fact that Ben Roethlisberger hasn’t practiced this week deter you from having any confidence in Pittsburgh; the veteran quarterback will be under center on Sunday without a doubt.

Despite the fact that we at Pickswise lost our perfect survivor season in Week 8, we’re still going to only use teams for the general pick that we haven’t already used. The Bills, Buccaneers, Colts, Cowboys, and Cardinals are all favored by at least 8 on Sunday, but they’ve also all been played already. Pittsburgh should come through against a still-winless Lions team that lost 44-6 to Philadelphia before its bye week and is now looking to the draft and a new start next season. The Steelers should be your first option this week.

This one is definitely a risk after the Eagles beat up on Detroit 44-6 a pair of weekends ago, but they failed to capitalize on any momentum last week and fell to the Chargers at home after leading at halftime. The Broncos, on the other hand, are coming off one of the most shocking and impressive performances of the season by any team. Denver, which started 3-0, went into Dallas and put up 30 points on the heavily-favored Cowboys–who scored all 16 of their points in garbage time.

That performance is certainly an indication that the Broncos’ quick start this season may not have been a fluke after all. A win this Sunday would give them a second 3-game winning streak on the season, and a home game in the thin air of Denver against a team that’s struggled with consistency ever since winning the Super Bowl looks like an enticing opportunity for the Broncos. There’s no reason to hold onto Denver for another week; you might as well play them while they’re hot.

Much as they were last week, the Cowboys come into Week 10 as one of the heaviest favorites in the league. But to put it mildly, that didn’t turn out well for Dallas, and if you look closely at their winning streak before that, the only teams they won convincingly against were their weak division rivals. I’m still not convinced that the Cowboys are the powerhouse some made them out to be after their 6-1 start, and following the pathetic performance they gave their home fans, they certainly shouldn’t be the team you lock in this week.

On the other hand, Atlanta is coming off a win in the Superdome. Granted the Saints without Drew Brees don’t feel like the same team, even if New Orleans was 5-2 coming into that one. But, nevertheless, it was an excellent win for an Atlanta team that’s tended to start slow and finish strong the past few years. The Falcons are 4-4 and if they finish the way they have in previous seasons they may well just be competitive down the stretch. Avoid this game.