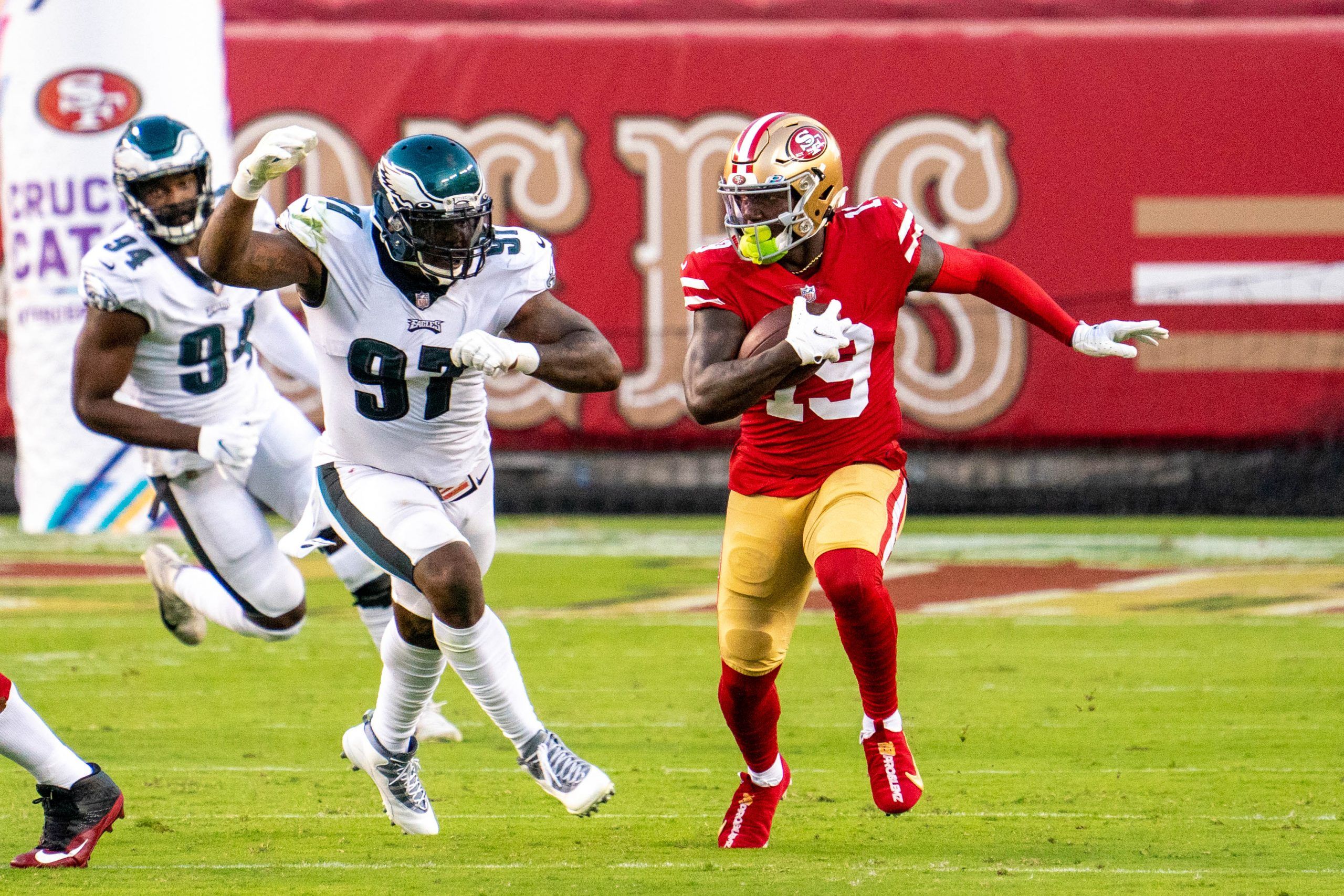 Due to some schedule re-shuffling, Monday Night Football won’t exactly be the bookend to Week 13, but we are treated to the rare double-header, with all four teams in the playoff hunt. The first game sees the undefeated Pittsburgh Steelers, fresh off their Wednesday matinee victory, hosting NFC East hopeful Washington Football Team. The later game has the AFC East-leading Buffalo Bills traveling across the country to Arizona, the temporary home of the San Francisco 49ers.

To see how we’re betting sides and totals of these games, check out our picks and full previews here. As for player props, we’ve uncovered some value with the following two plays.

As Washington’s starting tight end, Thomas has not put together the most efficient season. Amongst tight ends who have at least 20 targets this season, Thomas ranks 36th out of 41 with 5.5 yards per target. Since Alex Smith has taken over as the starting quarterback, Thomas has averaged 5.2 yards per target. He’s eclipsed 28 yards in only five of his eleven games this season, and only once in five games with Smith at the helm.

Now, not only is Thomas going up against the number one pass defense in the NFL, but specifically, versus tight ends, the Steelers have allowed the fewest yards per target in the NFL at 4.8. Only 4 tight ends have exceeded 28 yards versus Pittsburgh this season.

With Smith, Thomas has a 15% target share. Based on his averages, Thomas would need 6 targets to hit the over here, meaning Smith would need to attempt 40 passes. In a slower-paced game, where Washington will want to establish their running attack as much as possible, I like Thomas to stay relatively quiet.

After a breakout rookie season, Samuel has battled injuries in his sophomore campaign. Last week, versus the Rams’ stellar secondary, Samuel erupted for 11 catches and 133 receiving yards. With stud tight end, George Kittle still sidelined from injury, Samuel will continue to be a focal point in the 49ers’ aerial attack.

When he has been healthy this year, Samuel has been exceptionally efficient, ranking eighth out of the 112 receivers in yards per route run at 2.37. He’s been targeted on 35 of his 139 total routes, roughly 25 percent. Samuel had been eased back into the game plan initially, but seeing as he ran a route on 34 of the 49ers’ 35 pass attempts last week, it’s safe to say we can expect similar usage moving forward.

The Bills don’t present as daunting a matchup to opposing offenses as they did in 2019. They’ve allowed the 15th most opposing passing yards per game (243), and the 11th most yards per pass attempt (7.0). The 49ers will have Samuel move all around the formation, and it’s noteworthy that Bills all-pro cornerback, Tre’Davious White, has only spent 15 of his 670 defensive snaps covering slot receivers this season. Samuel should see plenty of snaps versus the Bills’ lesser defensive backs.

Using his yards per route run metric, Samuel would only need to run 21 routes to hit his over. With Mullens’ pass attempts line set by books at o/u 32.5, and the Bills allowing an average of 35 attempts per game, I love Samuel’s chances to cash this bet.