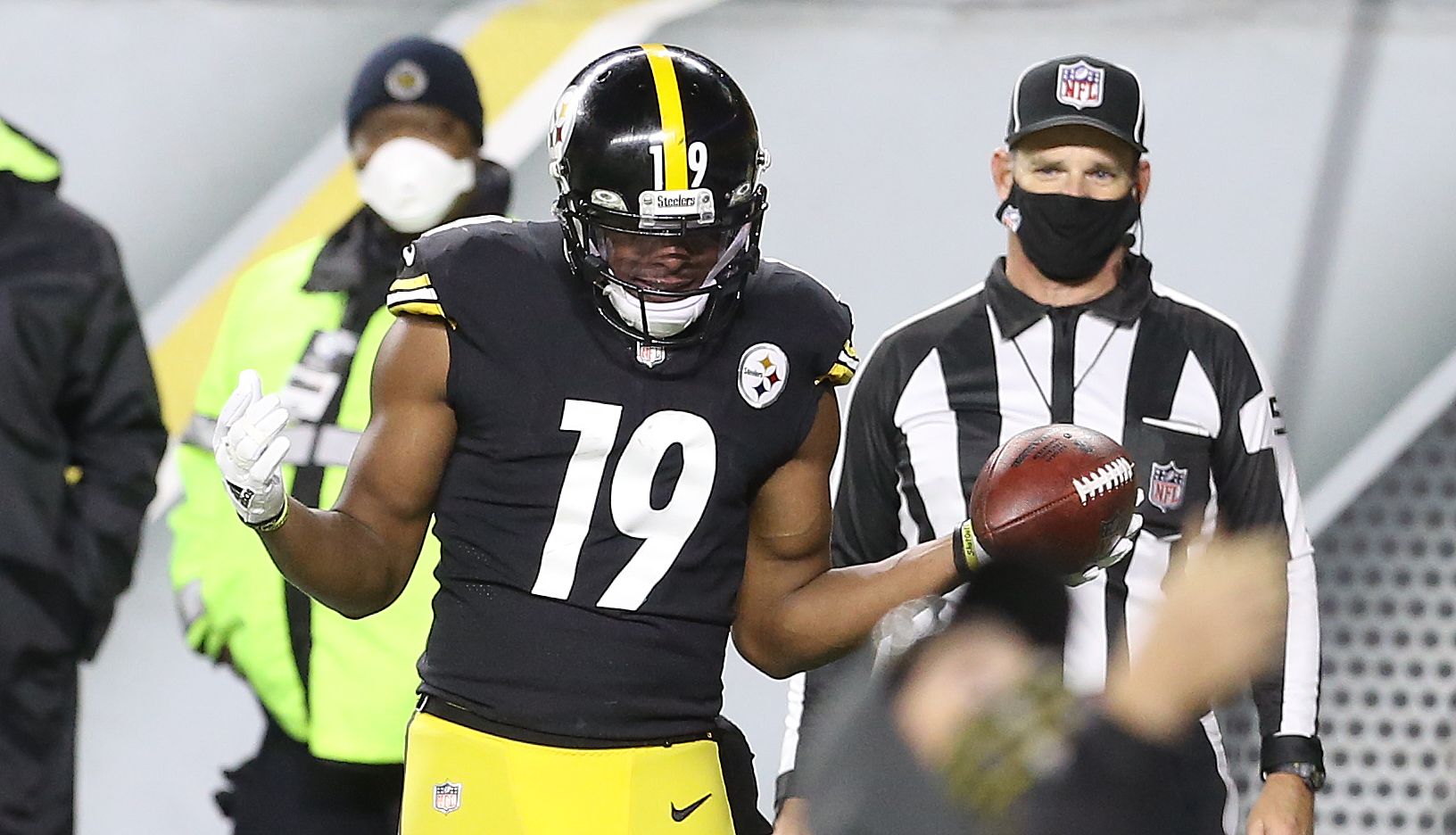 Monday Night Football brings us a divisional matchup for Week 15, with the AFC North leading Pittsburgh Steelers traveling to Cincinnati to face the Bengals.  Starting their third-string quarterback, Ryan Finley, the Bengals come into the game as 14.5 point underdogs.  Before you bet any game sides or totals, be sure to check out our preview and game picks.

Looking to expand on my 5-2 record yesterday with player props, I’m keying in on the Steelers passing game and seeing value in one of quarterback Ben Roethlisberger’s main weapons.

With the Steelers’ offense hitting a rough patch, the one constant is Smith-Schuster. Over the last eight games, he’s caught at least six passes seven times, leading the team in targets with 73 (9.1 per game) and catches with 56 (7 per game).  He also paces the Steelers receivers in offensive snaps, including his 100 percent snap share last week.

The Bengals serve as an ideal opponent. Running his routes almost exclusively from the slot, Smith-Schuster will be matched up with Bengals slot cornerback, Mackensie Alexander. This season, Alexander allows the fourth-most receptions from the slot (39) at the ninth highest rate (6.8 routes per reception).  Smith-Schuster roasted the Bengals for nine catches in Week 10.

With the Steelers’ running game struggling as of late, I expect the passing game to continue to dominate the game plan. Roethlisberger’s attempts line is set at over/under 39.5. Smith-Schuster’s 21 percent target share over the last eight games alone puts him in line for eight targets. It’s worth noting that Smith-Schuster has converted eight targets into six receptions in all six occurrences this season.  However, given the plus matchup, I have Smith-Schuster pegged at nine targets and seven catches in this one.