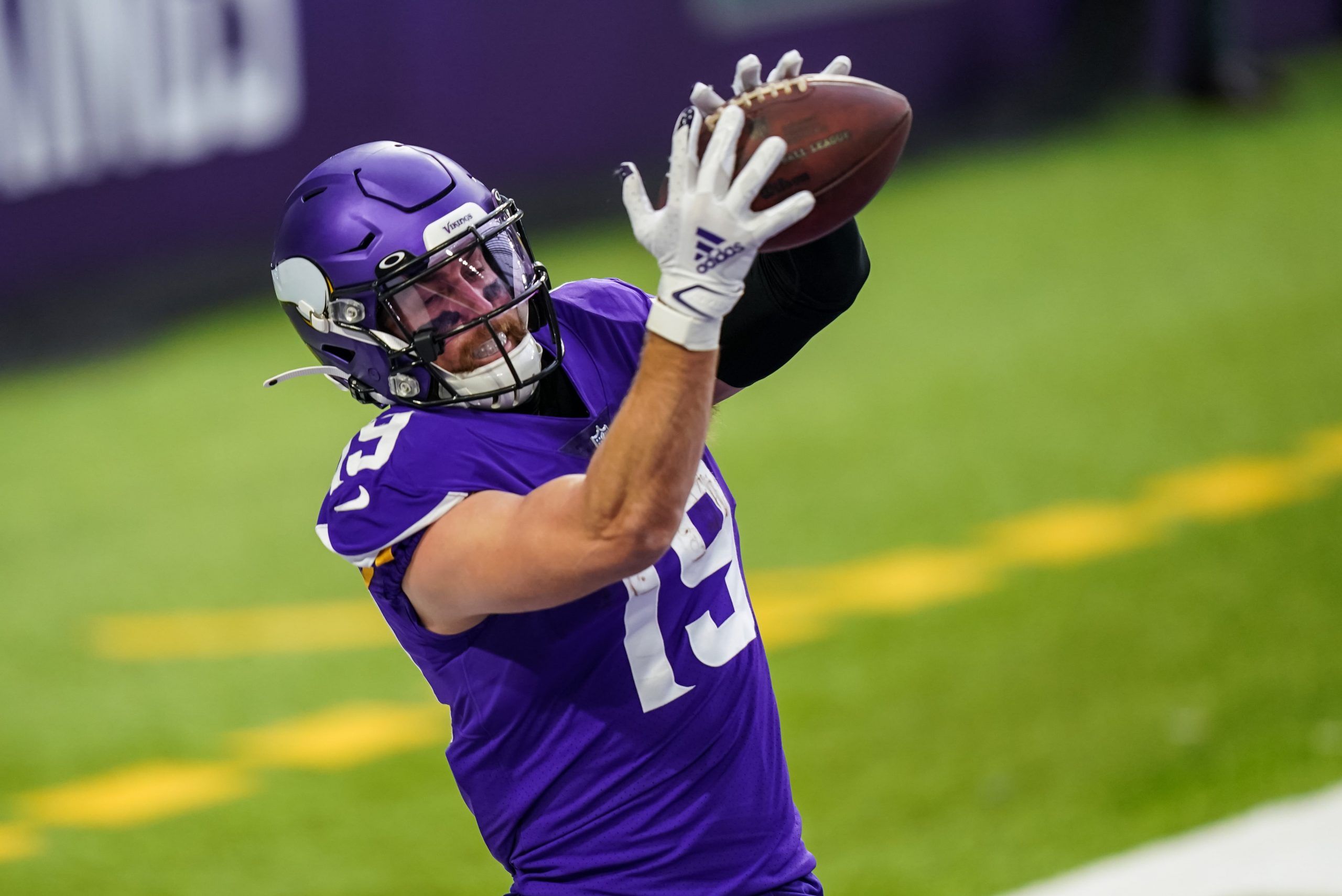 In the crazy year that is 2020, we’ve now had an NFL game on every day of the week.  Friday’s Christmas Day matchup features the New Orleans Saints hosting the Minnesota Vikings.  The NFC South leading Saints look to right the ship after losing their last two games, while the Vikings are still clinging to the faintest of playoff hopes.

The Vikings come in as seven point underdogs, with a game total of over/under 51.  To prepare yourself for this matchup, be sure to check out our picks and full game analysis.  For my player prop pick, I’m looking at the Vikings passing game.

Thielen comes into this game as the Vikings’ second-leading receiver, behind stud rookie Justin Jefferson.  He’s had at least five receptions in only five of thirteen games, which is why (as of publishing) this play is priced at plus odds.  So why do I like it?

Firstly, the Saints defense is strong versus the run.  New Orleans ranks fourth in rush defense, allowing the second least yards per carry.  I know Dalvin Cook has proved himself somewhat matchup-proof with his recent performance.  But in a game where the Vikings come in as one touchdown underdogs, it’s likely they’ll rely on the passing game a bit more.

The Saints cornerbacks, Marshon Lattimore and Janoris Jenkins present tough matchups, but Thielen has thrived versus them in the past.  In the last three season versus the Saints, Thielen has at least six catches in each.  And in one game last year when Jenkins was still a New York Giant, Thielen had seven catches (mostly matched with Jenkins).  I’m not typically one to harp on historical performances, but with the streakiness of quarterback Kirk Cousins, past success is important.

At the end of the day, Thielen has a 24% target share, and Cousins’ attempts line is implied at 32.  Thielen’s targets have been inconsistent this year, but that would calculate to eight, which he’s converted to five receptions in five of six occurrences.  I have Thielen projected at six catches, making this a great value play.