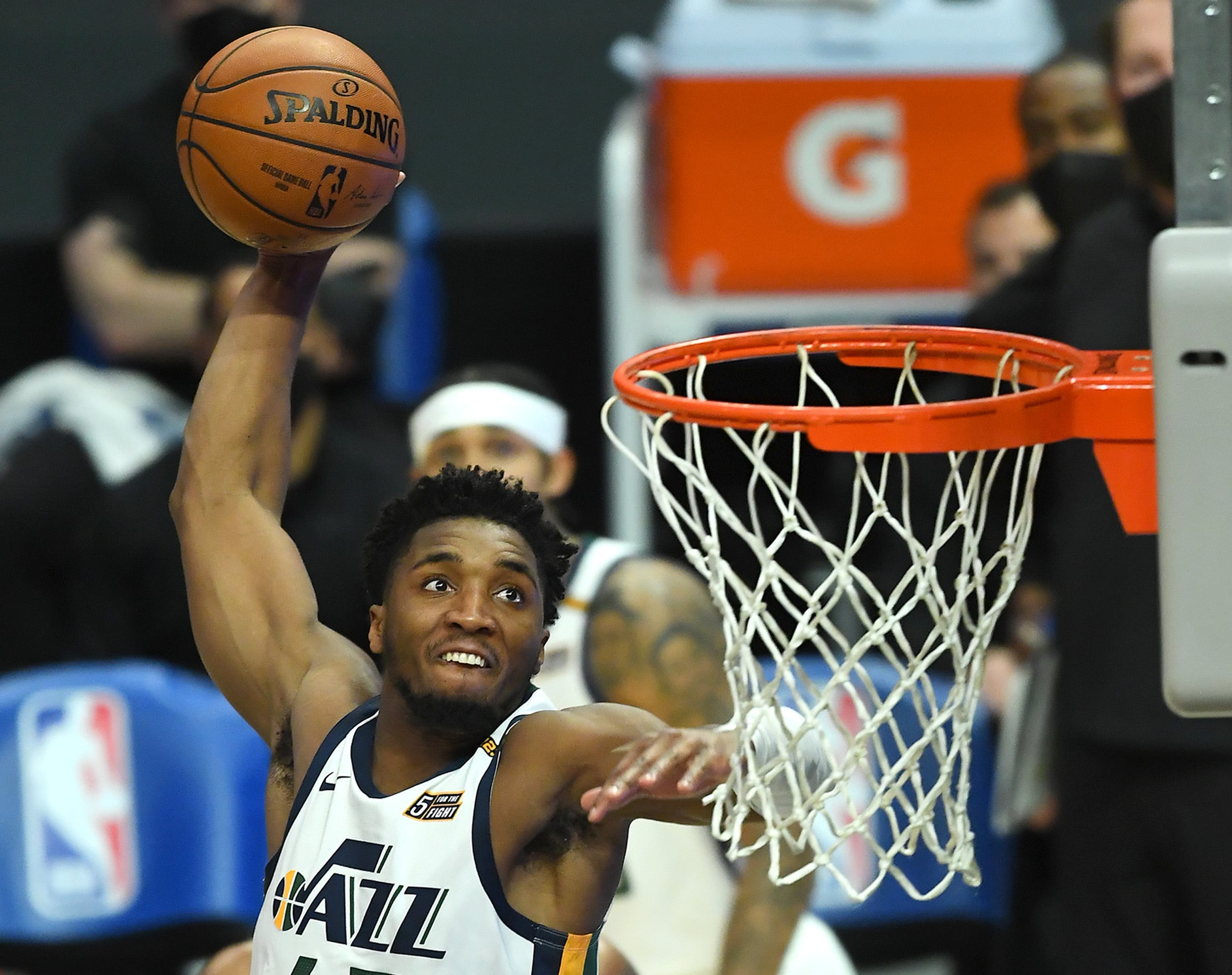 After an incredible day by PropStarz yesterday, including the two winners he selected for Pickswise, we look to continue with that success tonight. There is a six-game NBA slate that will see former MVPs battle it out in Los Angeles, whilst some of the league’s most exciting young talents collide in Dallas. Be sure to check out our picks on the side and total for each of those matchups.

But in the meantime, let’s get to it with tonight’s best player prop bets.

Hoping for even better weeks ahead!

Tomorrow's picks will be on @Pickswise Lets get it! pic.twitter.com/5GeIvACOrq

This line represents incredible value, considering that Donovan Mitchell is coming into this game on the back of a 35-point performance. He has also picked up his rebounding and assist number lately and over the last week is averaging 27 points, five rebounds, and close to six assists. He has managed to score at least 24 points or more in each of his last eight games and doing so again tonight would likely get him over this total.

The Hornets have struggled to contain opposing guards recently too, allowing both Derrick White and Kelly Oubre Jr. to score 25 each, while Malik Beasley managed to drop 31 against them. Mitchell is a far better and more rounded offensive player than those mentioned so should see a similar level of success. His scoring will be aided by the fact that Cody Zeller offers little in terms of rim protection. He could clear this total on points alone, but the rebounds and assists offer good insurance.

Be sure to check out our full game preview for Charlotte Hornets vs. Utah Jazz.

With Victor Oladipo, Christian Wood, and DeMarcus Cousins all unavailable tonight, the Rockets will require someone else to step up into a scoring role. One player who is ready to do just that is Jae’Sean Tate. In each of the last four games in which he has played 30 minutes or more, he has surpassed 15 points. He has now attempted at least 10 field goals in four straight games and seems to be a beneficiary of the Rockets’ new youth focus.

The Chicago Bulls have the 27th-ranked defense in the league so there should be plenty of opportunities for him tonight. They also play at the third-fastest pace in the league, and Tate is the type of player that thrives in a quick game. With John Wall pushing the ball, Tate is the perfect running partner for him, and he should benefit from this tonight as a result.

Be sure to check out our full game preview for Chicago Bulls vs. Houston Rockets.

Kristaps Porzingis will be going against Jonas Valanciunas and the Memphis Grizzlies tonight, and he looks primed to make it rain from deep. Over the last 10 games, he has improved his three-point shooting to 40 percent. While he only surpasses this total in every other game, he lets them fly against Valanciunas. In the two games he played against him last season, he had four makes on nine attempts in one, and five makes on 11 shots in the other. If he gets close to those attempt numbers tonight, this total should fall quite easily.

Be sure to check out our full game preview for Memphis Grizzlies vs. Dallas Mavericks.

Russell Westbrook to record a triple-double (+220)

Russell Westbrook is coming into this game having recorded three straight triple-doubles. The two games prior to that, he was just one rebound short of doing the same thing. His recent triple-doubles have been quite comfortable too, with averages of 18 points, 12 rebounds, and 13 assists over the last week.

The Lakers represent a decent matchup for him. With Anthony Davis remaining out, neither team has a dominant rebounding big, providing plenty of opportunities for Westbrook to come in and clean the glass tonight.

Be sure to check out our full game preview for Washington Wizards vs. Los Angeles Lakers.